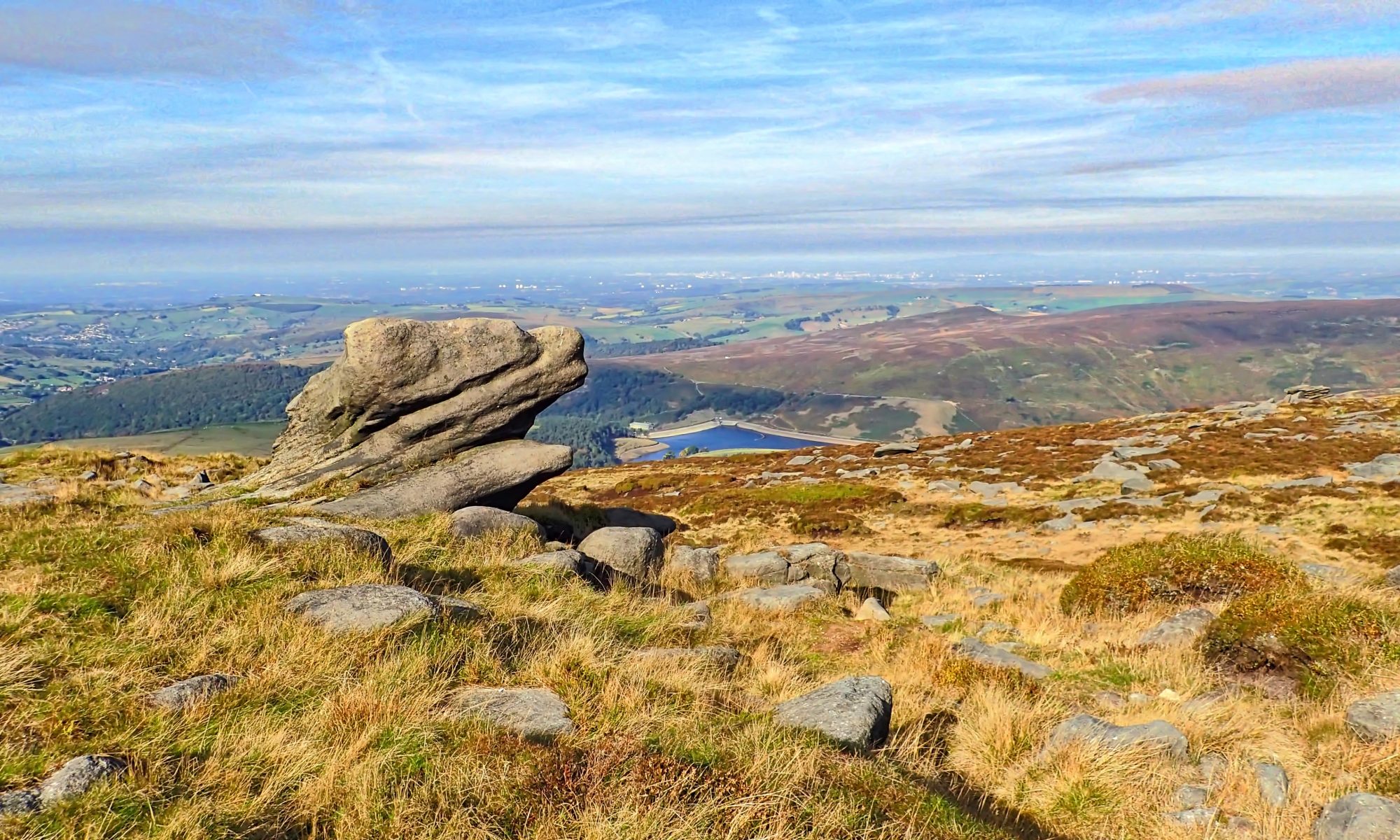 The Kinder Scout Plateau is dotted with Gritstone boulders and rocks of all sizes that, over the ages, have been sculpted by the wind and the rain, many taking on animalistic shapes.

This day marks the anniversaries of two important events in the history of access to the hills and mountains that we take for granted today.

In 1932, a mass trespass by thousands of ramblers, led by Benny Rothman, set off from just below Kinder Reservoir to climb Kinder Scout, which was privately owned for grouse shooting. Their aim was to establish a public right of access on the moors. Its impact was far-reaching and culminated in the Countryside and Rights of Way Act 2000 which gave people ‘the Right to Roam’ across our uncultivated uplands.

The other anniversary is the official opening of the Pennine Way, the 256-mile path along the backbone of England from Edale in Derbyshire to Kirk Yetholm on the Scottish border. The opening ceremony was held at Malham Moor in 1965.

Those public rights are currently suspended under ‘The Health Protection (Coronavirus, Restrictions) (England) Regulations 2020‘. On Wednesday, those regulations were quietly amended. No scrutiny, no report on the BBC, nothing, just amended and “Laid before Parliament”. No doubt in due course the Police will tell us, but what worries me is the sneaky way this has been done. Now, I am not against the Regulations per se, they are certainly needed in these times “for the public good”, but I do not trust this government, a government which has declared its intention to “make intentional trespass a criminal offence”. I am worried about the slow erosion of our rights.

So, previously where we could rightly leave the house for an ‘essential journey’, we could potentially have used that as an excuse to remain outside longer than necessary. I am not saying I personally would have done this but it was actually not against the law to do so. Now just being out without a reasonable excuse is the offence.

Now I am not sure if this is tidying up a loophole in the rushed earlier legislation or an intention to enforce a tighter lockdown.

But the Regulations still leave many unanswered questions. The phrase “the place they are living”, for instance, is not actually defined. Does it refer to my home, street, village, nearest town? I think I know the answer but that sort of omission is just another loophole.

On the plus side, in spite of the many off-the-cuff remarks by government ministers, The Regulations still do not limit you to exercising only for one hour or only once per day. Nor do they exclude the Royals, Government ministers, Tory Party donors et al.
 Open Space Web-Map builder Code