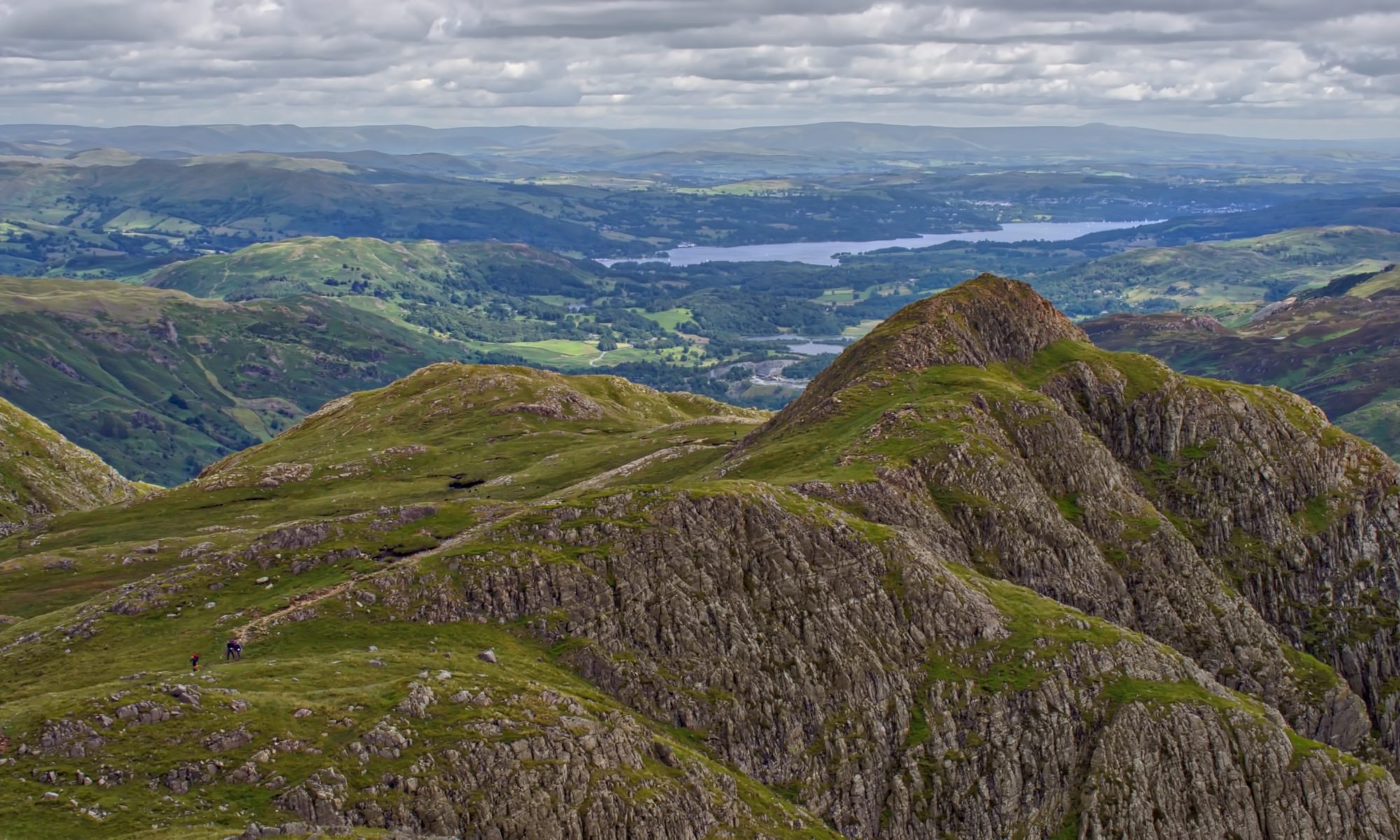 The Langdale Pikes is perhaps the best-known skyline in the Lake District. From Great Langdale, the towering pikes of Harrison Stickle, Loft Crag and Pike o’ Stickle are dramatic and majestic and were an early attraction for the first tourists. One such tourist was Joseph Budworth, a soldier and writer who travelled to the Lake District in July/August 1792 and experienced “one fortnight of constant fine weather”. In his account ‘A fortnight’s ramble to the lakes in Westmoreland, Lancashire and Cumberland‘ he writes in the person of ‘A Rambler‘ and recounts his climb of Pike o’ Stickle, guided by a young farmer, Paul Postlethwaite

who never remembered ‘foine folk aiming at et afore;’ … We had many rough rocks to scramble up, and in a deep recess, impenetrable to the sun, I observed a large quantity of snow that I should suppose never completely dissolves. We had again to haul ourselves by rocks to bring us to the crown of Langdale Pike, which is about twenty yards in circumference; in the centre is a natural stone seat, with moss and small rocks around it.


They came down on the w side of the Pike; Budworth found the steep slope so terrifying that he ‘tied up my right eye, which could not have borne the vast precipice almost perpendicularly under me.‘ He followed Postlethwaite, who merely remarked, with quintessential Cumbrian brevity, that ‘a man might surely goa wheor sheep cud‘. Quoted from ‘A Literary Guide to the Lake District‘ by Grevel Lindop [1993].