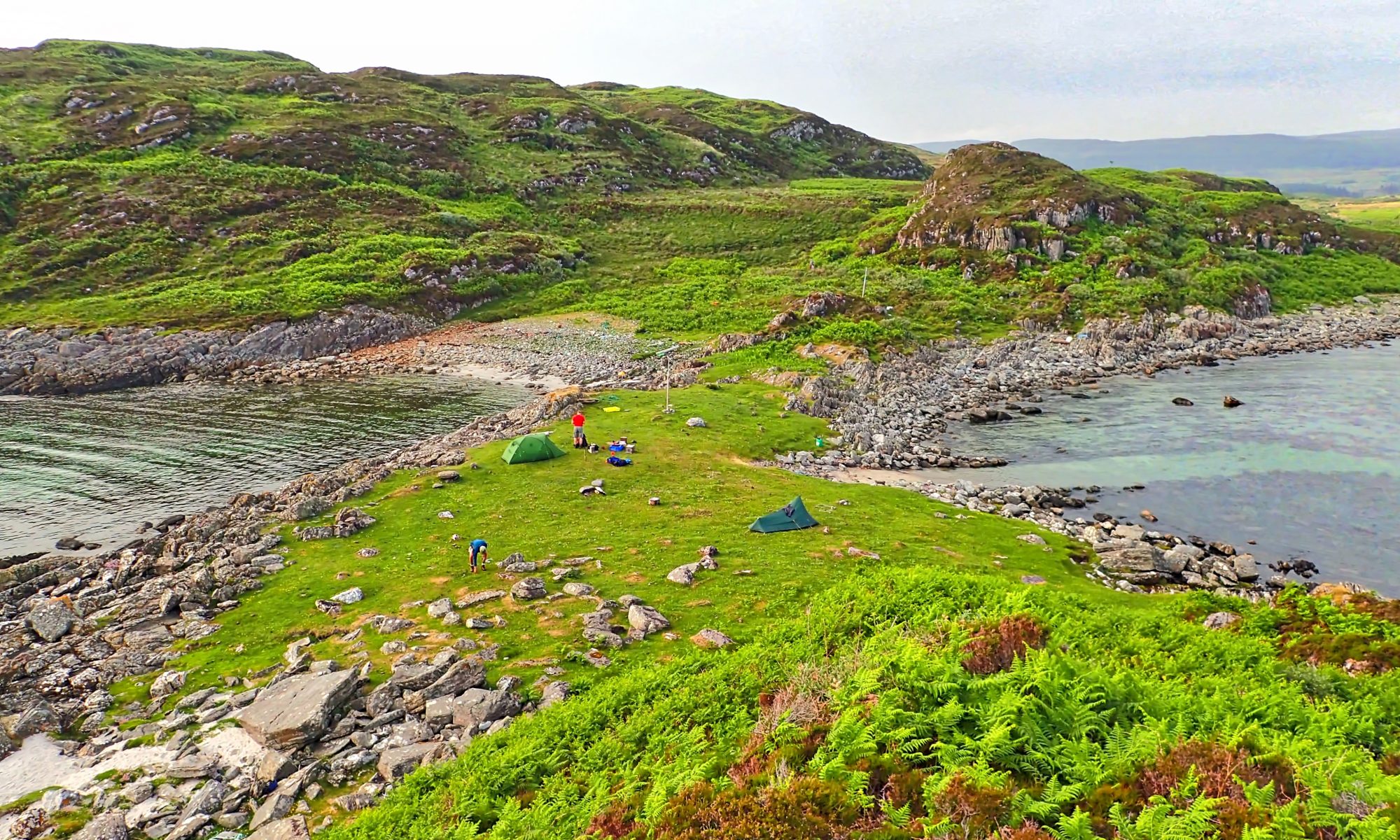 In Robert Louis Stevenson’s ‘Kidnapped‘ the hero, David Balfour is kidnapped and is shipwrecked landing up at Erraid on the Ross of Mull. The story then follows his journey back to Edinburgh to confront his wicked uncle.

In June 2016 two mates, Bob and Andy, and I followed in the footsteps of Balfour, from Erraid to Fishnish. The first night’s camp was on this isthmus between Port an-t Slaoichain and Port Bheathain near the ruined chapel of Kilvickeon.

The chapel dates from the 13th-century and Westwood and Kingshill in ‘The Lore of Scotland‘ [2011] tell that the last minister went by the name of Kennedy, and that one day went to help some of his parishioners who were struggling carrying a new millstone down to the mill. He took off his cassock, threw it on the ground and set to work.

That evening, Kennedy sent a maidservant to fetch his cassock but she found a large black-dog lying on it which growled menacingly. She was too scared to touch it and refused to go back. The minister asked someone else to try who was bitten. Then he asked someone else who was also bitten. In all, the dog bit twelve people, including the minister himself, and all died of hydrophobia or rabies.

This happened shortly after Beltane (the Gaelic Mayday festival) and it soon emerged that on Beltane night itself, the minister’s servant had been woken by the noise of someone trying to open his door, which was locked. He assumed it was one of the younger men who was out courting (as was the custom) but had come to the wrong house, so he kept quiet.

But soon the door opened and a stranger with hooves for feet walked in and stood by the fire. After a short time, he left, relocking the door behind it. Terrified, the serving-man went to an old much respected wise man and told him what he had seen. The wise man said that it was the devil himself and that evil was sure to follow. The servant was the only one of the minister’s household who escaped.
 Open Space Web-Map builder Code