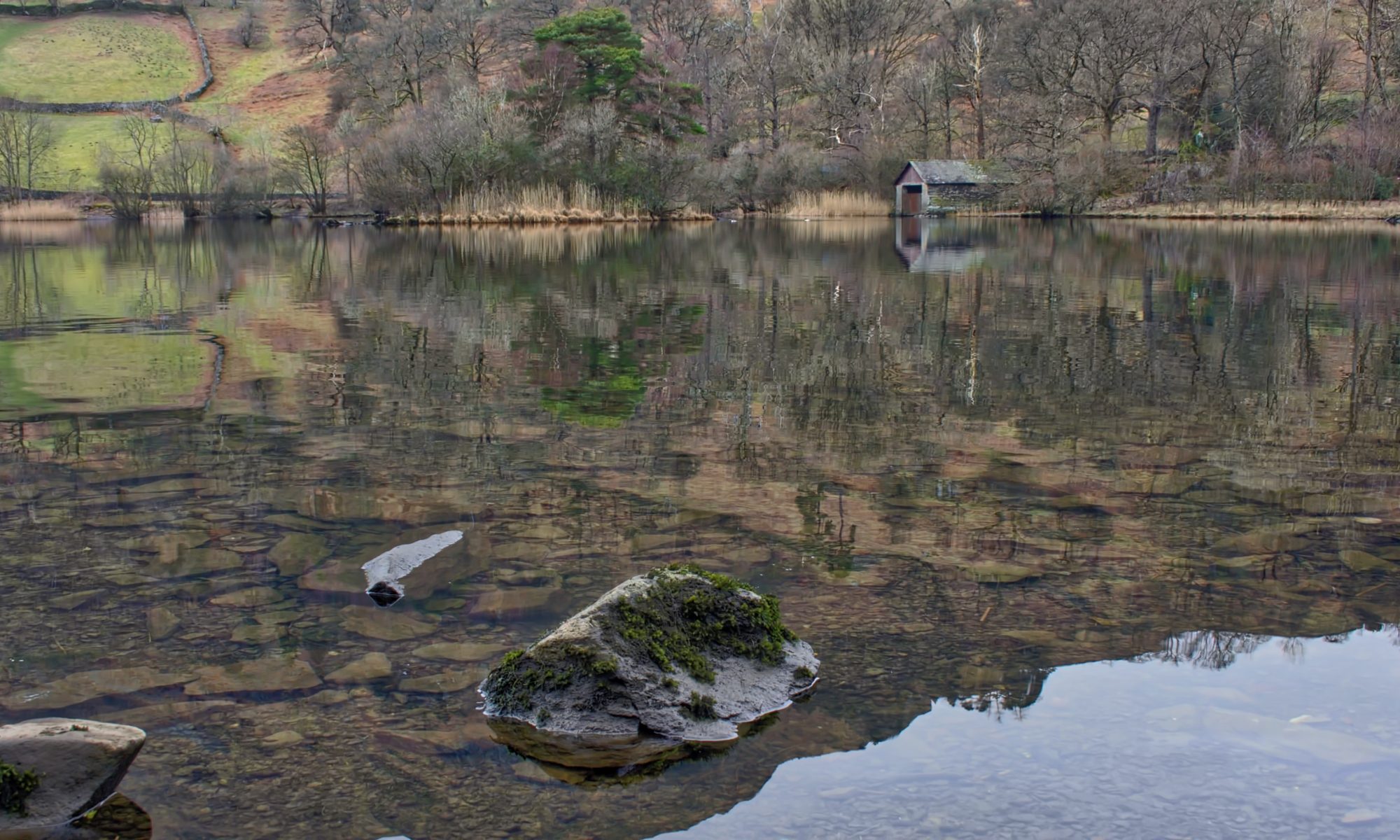 Today would have been the 250th birthday of William Wordsworth, arguably one of the greatest poets of the English language. Born in Cockermouth in 1770, both his own parents had died by the time he was 13. He was educated at the grammar school in Hawkshead and went to St. John’s College, Cambridge University in 1787.

During the 1790s Wordsworth living briefly in France which was at this time was in revolutionary fervour, and at Alfoxton in Somerset to be close to another Romantic poet Samuel Taylor Coleridge. At the end of that decade and reunited with his sister Dorothy, the siblings returned to the Lake District, moving into Dove Cottage in Grasmere. Marriage to his childhood friend, Mary Hutchinson, and an expanding family necessitated a move to a larger house in Grasmere before finally settling at Rydal Mount.

So I have chosen a scene for today’s photo which would have been so familiar to Wordsworth, taken on a winter family wander along the southern shore of Rydal Water in February 2009.

I suppose it’s apt to finish by quoting one of Wordsworth’s poems. I have to admit I do not find poetry easy to understand, especially Romantic poetry, but I do think I get ‘The Tables Turned’. It enthuses that more can be learnt from nature than that offered by books and wise men.

The sun above the mountain’s head,
A freshening lustre mellow,
Through all the long green fields has spread,
His first sweet evening yellow.

Books! ’tis a dull and endless strife,
Come, hear the woodland linnet,
How sweet his music; on my life
There’s more of wisdom in it.

And hark! how blithe the throstle sings!
And he is no mean preacher;
Come forth into the light of things,
Let Nature be your teacher.

She has a world of ready wealth,
Our minds and hearts to bless—
Spontaneous wisdom breathed by health,
Truth breathed by chearfulness.

One impulse from a vernal wood
May teach you more of man;
Of moral evil and of good,
Than all the sages can.

Sweet is the lore which nature brings;
Our meddling intellect
Mishapes the beauteous forms of things;
—We murder to dissect.

Enough of science and of art;
Close up these barren leaves;
Come forth, and bring with you a heart
That watches and receives.