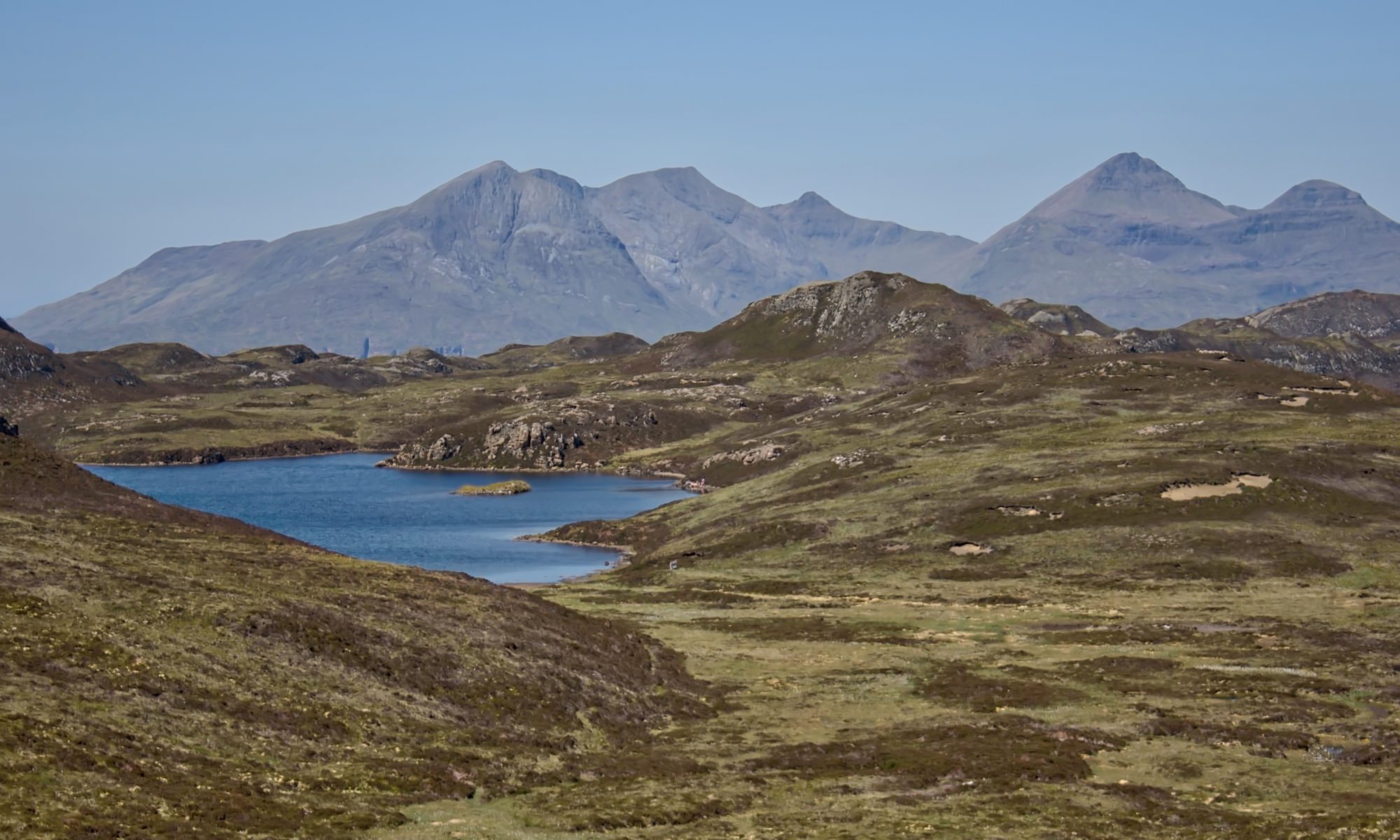 I read this morning that it was on this day in 1997 that the Isle of Eigg Heritage Trust finally succeeded in buying the small island off the west coast of Scotland from the laird after an eight-month ownership battle. The community buyout was a forerunner of land reform in Scotland under the Community Land Scotland. It prompted a search for a suitable photo from our visit there in May 2008, on a day trip from Arisaig.

This is Loch nam Ban Mòra, ‘the loch of the powerful women’, a name reinforcing local traditions that the small island in the loch was inhabited by unusually large women. It is mapped as the site of an ancient dun, a fortified settlement that’s been dated to the Iron Age. Eigg must have once been very populous, as numerous other duns and hut circles can be seen throughout the island. Around this time, Europe and the North Atlantic underwent a period of unusually warm weather lasting about 650 years and known as the Roman Warm Period. The climate and vegetation must have been very different from what we see today.

In the distance is the skyline of Eigg’s neighbouring island Rùm dominated by the mountains Ainshval, Askival, and Hallival, names deriving from old Norse rather than the usual Gaelic. The range itself is called the Cuillin which is also of Norse origin coming from the word ‘kiolen‘, a word which is still in use in Norway for a rocky mountain range. To distinguish it from the Skye Cuillin it is usually referred to as the Rùm Cuillen.
 Open Space Web-Map builder Code