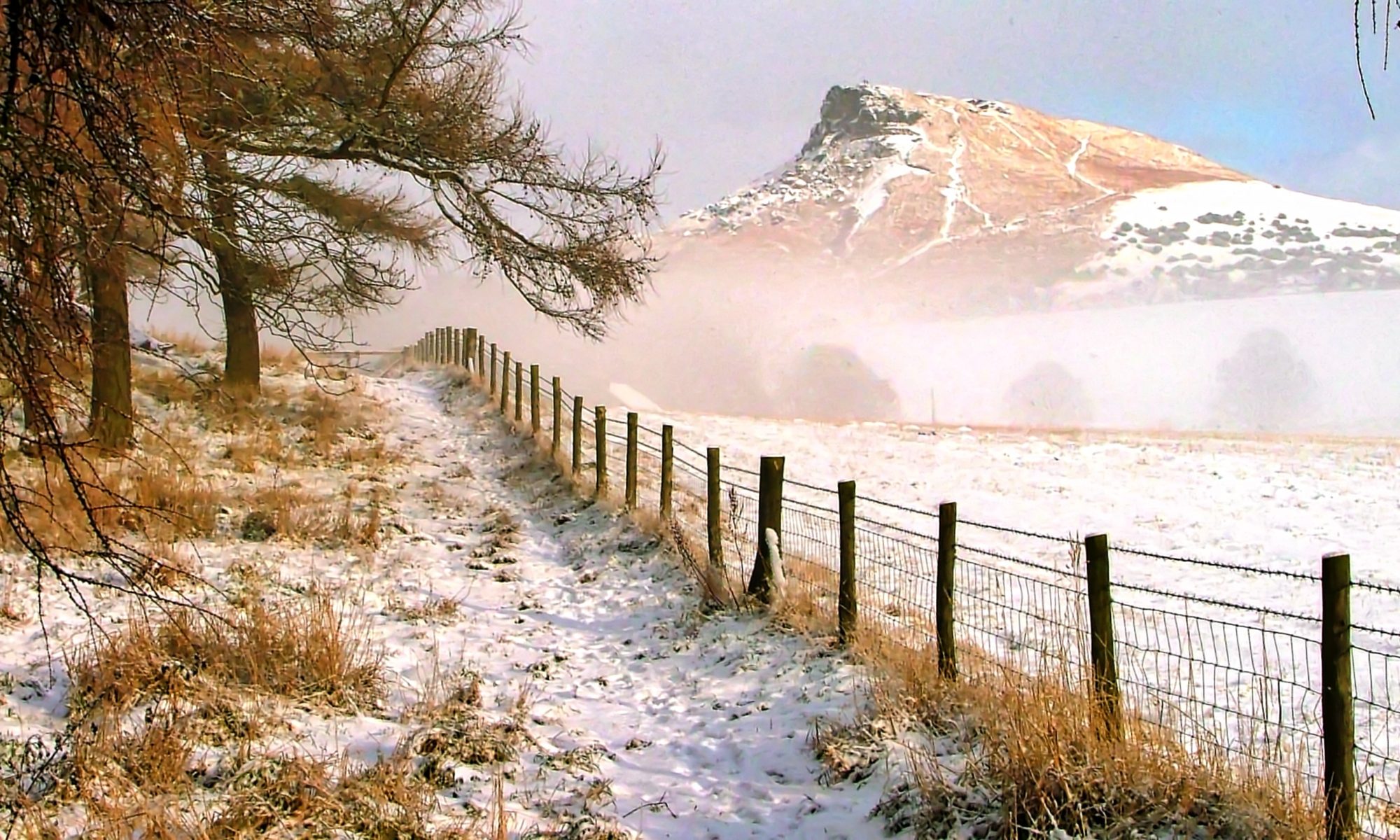 I thought I would post this, my most favourite photo of Odin’s hill, as a reminder that it will still be there when this is all over.

I have deliberately avoided mentioning the word ‘Coronavirus’ in recent posts. This now dominates our lives and is inevitably jeopardising our access to the great outdoors we all love so much.

I have seen many FaceBook postings sanctimoniously criticising walkers for using footpaths, “lycra clad cyclists speeding” along the lanes, dogs being walked twice per day, and of farmers unilaterally closing Public Rights of Way through their farms. On my bike, on Tuesday I saw an amateurish sign aimed at discouraging “non-locals” from entering their village. Yorkshire’s Royston Vasey. All these will lead to resentment and animosity on one side or the other.

As I understand it the new Regulations do allow people to exercise locally but do not give any restriction as to where that exercise might take place. It is also unclear whether driving to a place of intended exercise is permitted or not.

Furthermore, the exercise need not be ‘reasonable’ in type, quality, duration or location and does not appear to be required to be done as close to home as possible.

Now this may seem highly controversial and I am not a lawyer but my source is a document published by a firm of distinguished barristers, the St. John’s Chambers Property Group. Read it for yourselves.

Perhaps the Prime Minister himself did not appreciate the detail of the Regulations because, on the 23rd March, 3 days before the Regulations were actually laid before Parliament, he announced the now well-publicised policy that we are only to be permitted to leave the house for exercise once per day. Policymaking on the hoof? So the legal question is: does this ministerial policy trump the Regulations?

Already one firm of lawyers is planning to seek a judicial review on this policy of allowing only one session of exercise per day. Their clients are two families who have autistic children whose conditions require them leaving the house more than once day by being driven to a quiet location. The argument is that the policy breaches both the Human Rights and the Equality Acts.

It all sounds like a real pig’s ear and has resulted in a lot of mixed messages in both the mainstream and social media. But I agree that we do all need to exercise responsibly, keeping to the Government guidance that it should be alone or in household groups only and observing social distancing.

At the same time, we need to ensure that our local Public Rights of Way network is kept open as this is an important part of the strategy in discouraging folks from driving further afield to honeypots where there is a greater risk of spreading the virus outside our locality. However, it is all very fragile and the situation could have changed by the morning when this is published.

I am extremely fortunate in living within 5 minutes of the National Trust’s Roseberry Topping property. I can, to some extent, minimalise but not avoid completely touching gates and stiles, and busy or narrow paths. Of course, I carry a pair of gloves for opening gates and wash my hands when I get home.

On the other hand landowners and farmers should not be unlawfully closing Public Rights of Way. Fake official-looking notices and even shutting gates that haven’t been closed in years are attempts to intimidate people from using particular routes, are unhelpful and will lead to antagonism. It could actually be counter-productive in the overall fight against the virus as it may force people onto a smaller network of paths.

This is serious, folks, all of us, farmers, landowners and users must play our part.
 Open Space Web-Map builder Code