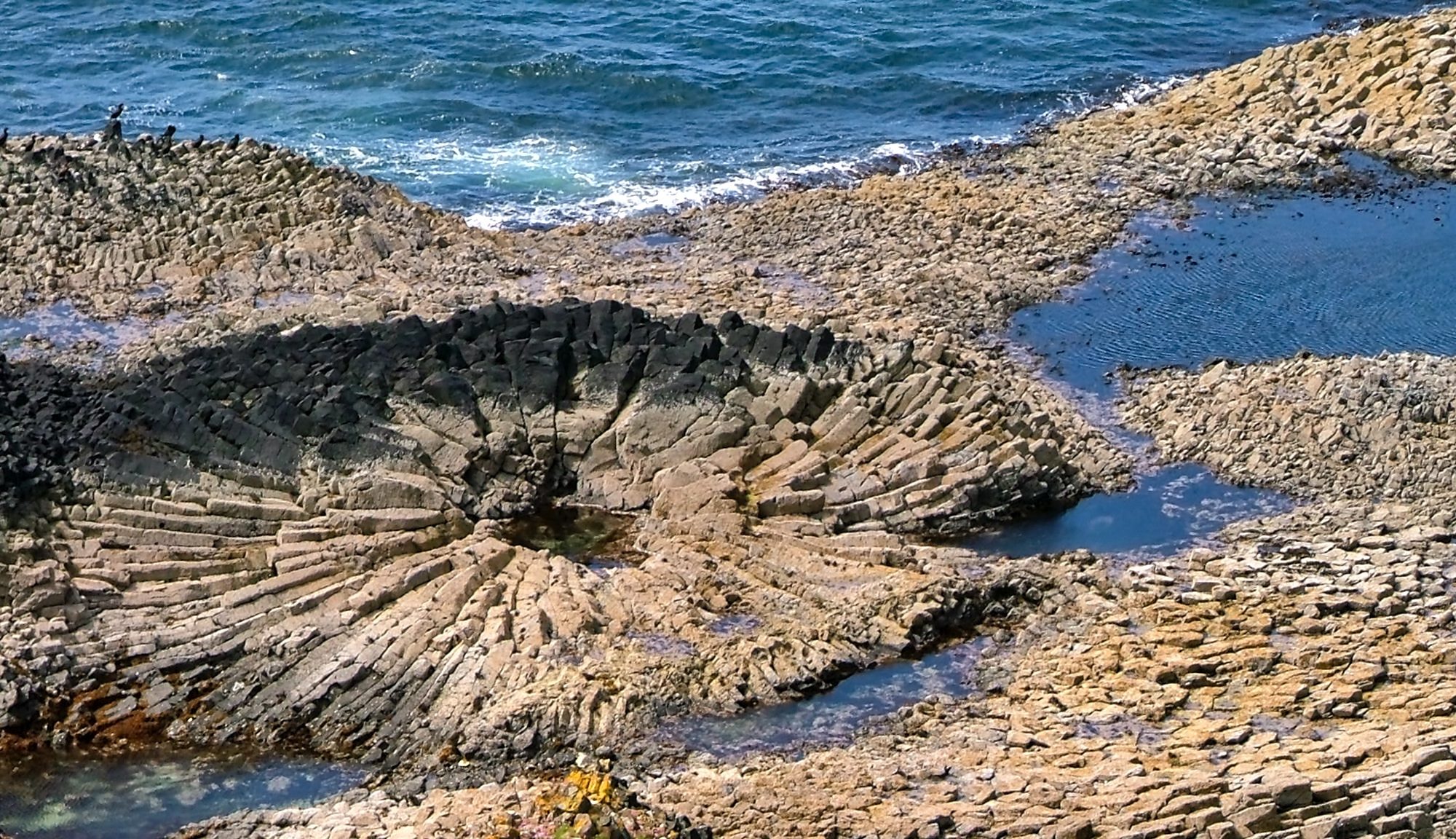 MacCulloch’s Fossil Tree is a fairly popular tourist destination on the Isle of Mull although the trek in is not an easy stroll, certainly not for the faint-hearted. It is located at the western tip of the Ardmeanach peninsula. Parking is at Tioran and in our case a 6km cycle to the township of Burgh along Loch Scridain. Thereafter there is a 3km walk following the coastline including at one rock step a fixed rusty ladder. Not quite a Via Ferrata but quite worrying placing your faith in ancient anchor bolts exposed to the full force of the North Atlantic gales. 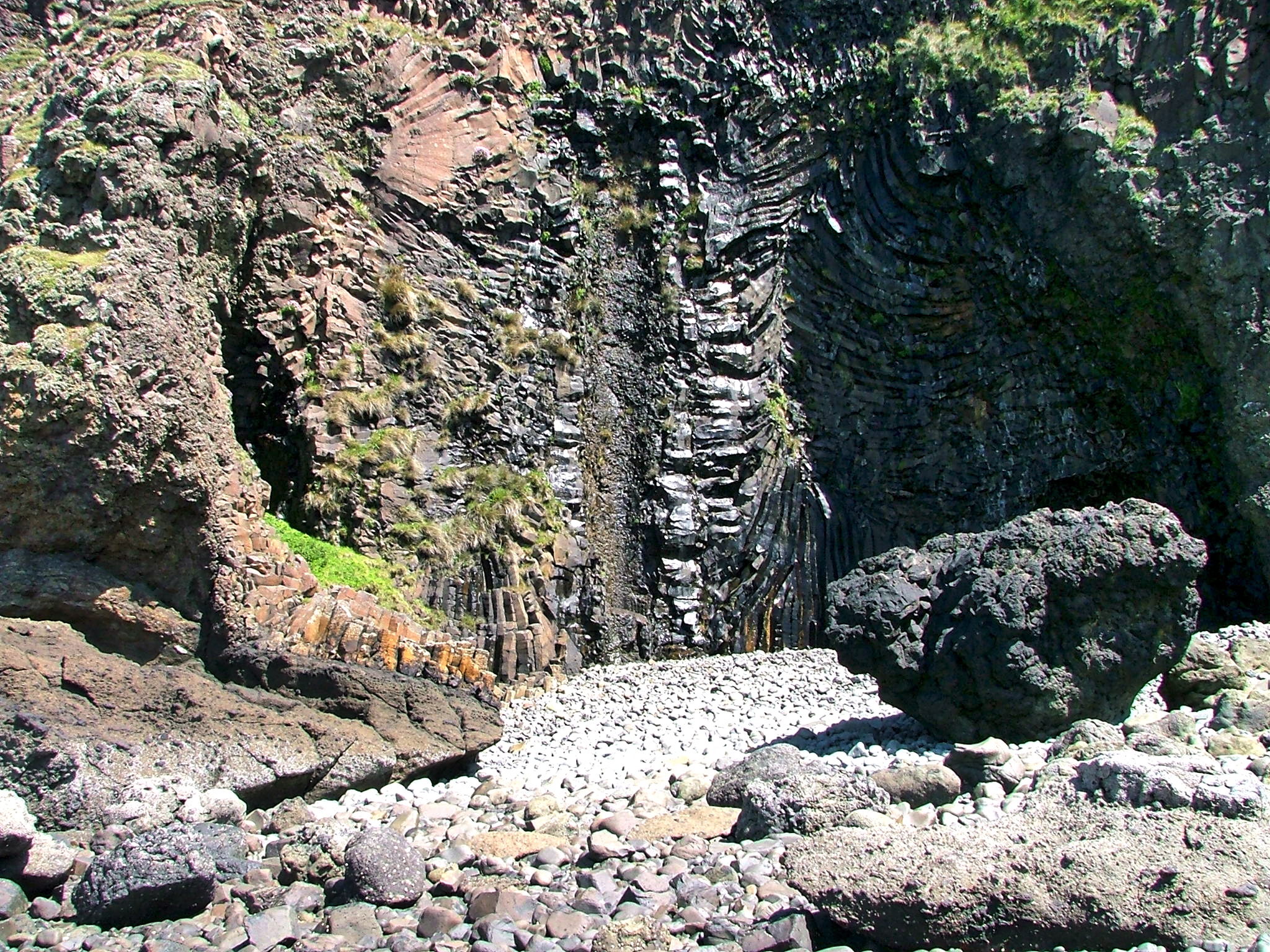 The fossilised tree is over 12 metres high and one metre in diameter and is found vertically in the cliff face surrounded by basalt columns. It was discovered by the geologist John MacCulloch in 1811 and is of a conifer tree, cupressinoxylon, related to our related to modern Cypress. It was growing around 60 million years ago when volcanic lava slowly creeping across the landscape encountered it then growing in a huge forest. The tree would have been incinerated and turned to charcoal. Its carbonised remains were then entombed in the rapidly cooling lava. Apparently, since found in 1811 the tree has been subjected to souvenir hunting and so is a much-depleted specimen.

Personally, I found the Fossil Tree itself a bit of an anti-climax, fascinating but not that photogenic. There is much columnar basalt along the cliffs and several other fossilised trees can be found. On the way in horizontal basalt columns can be seen radiating from a central point on the beach. This is another fossilised tree but this time the fossil is horizontal rather than vertical and is more impressive. It makes a much better photo. The columns are formed due to the cooling effect of a standing tree on the lava flowing around the tree trunk which drew the heat from the lava. And when the lava cools it shrinks, forming the hexagonal cracks radiating from the tree trunk.
 Open Space Web-Map builder Code