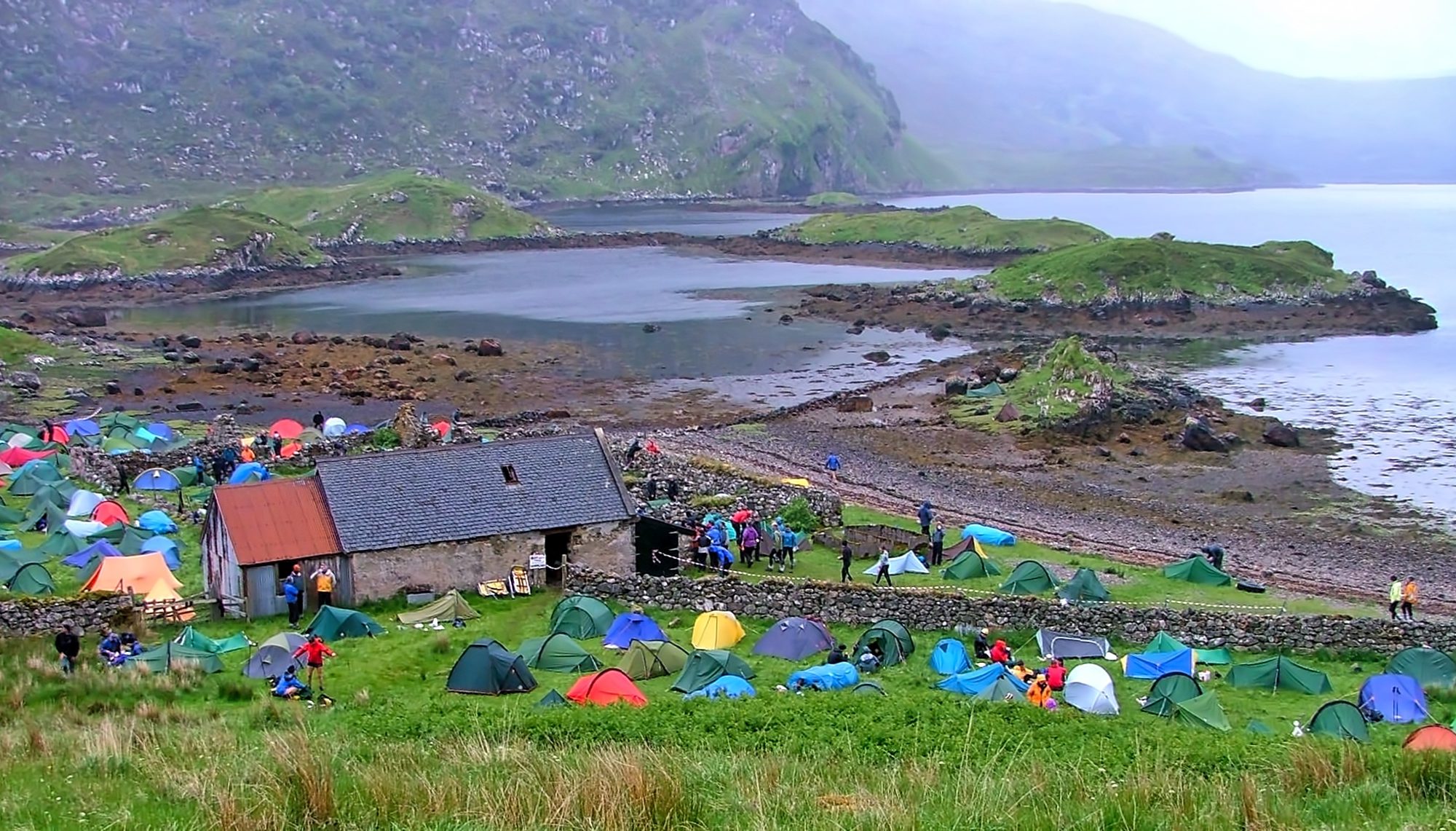 Today I take a trip back to June 2006 and early finishers on Day 1 of the Lowe Alpine Mountain Marathon are arriving at the overnight camp at Glencoul, a remote bothy at the head of the sea loch of the same name. The photo belies the thick, low cloud with rain and drizzle that tested the competitors on both days of the competition.

The competitors had set off from Inchnadamph, some twenty odd miles north of Ullapool, I, however, had a more leisurely journey in by boat, a 6 km trip from Kylesku along Loch Glencoul, as part of the organisational team, a stevedore, loading all the equipment which, of course, then had to be offloaded by a chain gang method across the shallows as there was no jetty for the boat to moor.

For the competitors, flat ground was at a premium and some late arrivals chose to camp quite close to the tideline. But the neap tide meant a rapid decamping in the early hours of the morning. 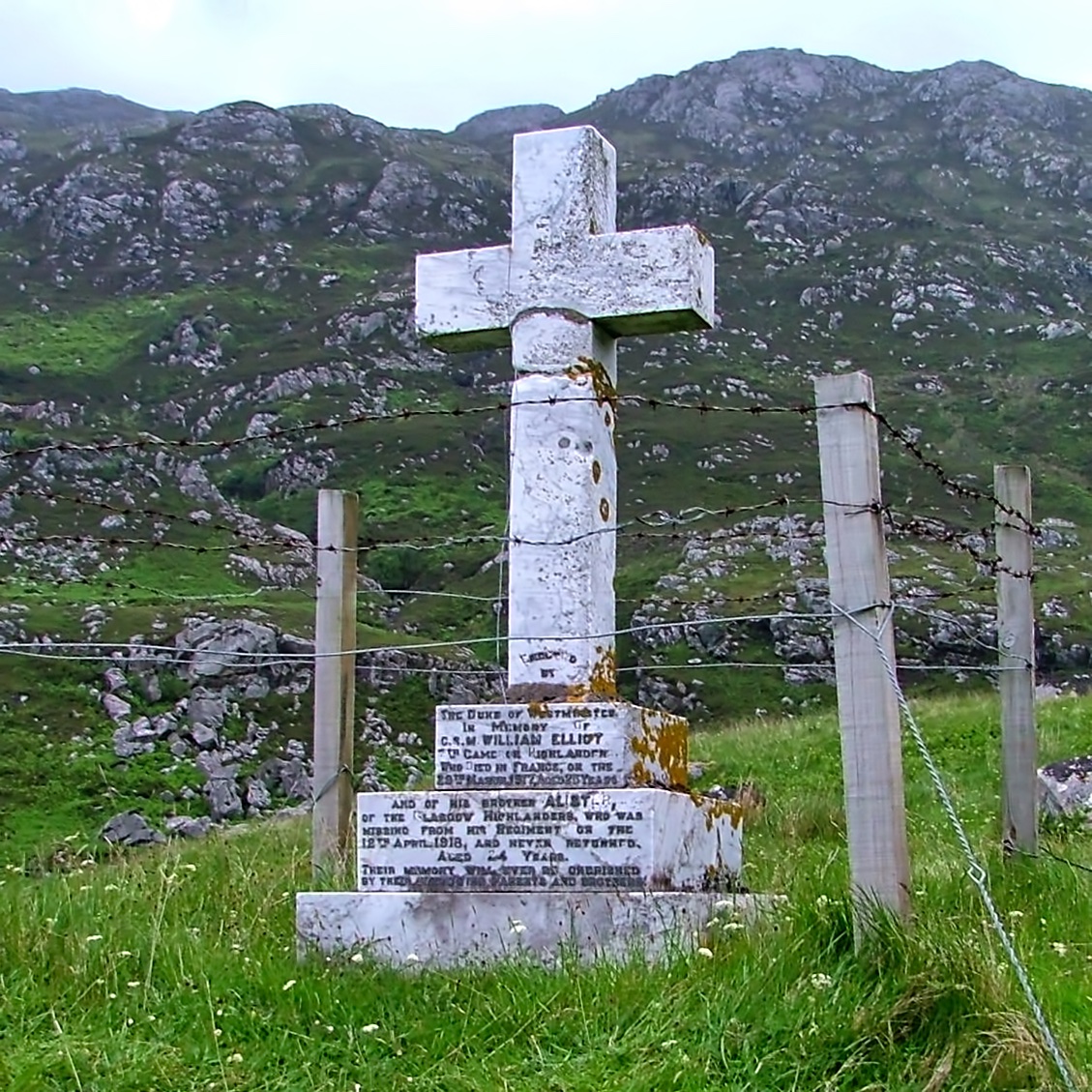 One particular memory is the small memorial erected by the Duke of Westminster in memory of two Glencoul brothers Alasdair and Willie Elliot who did not return from France during WW1. Sited on the small knoll from where I took this photo. Alasdair was killed at the Battle of the Somme while Willie died later from influenza, which I assume would have been the Spanish Flu.

In the morning, after the last pair of competitors had left and the boat reloaded, for me, it was an overland return to Inchnadamph, past Eas a’Chual Aluinn, 658′ (200m), the highest waterfall in Britain and over Ben More Assynt, and collecting a few controls on the way. Eas a’Chual Aluinn means, by the way, the ‘Splendid Waterfall of the Coul’.
 Open Space Web-Map builder Code