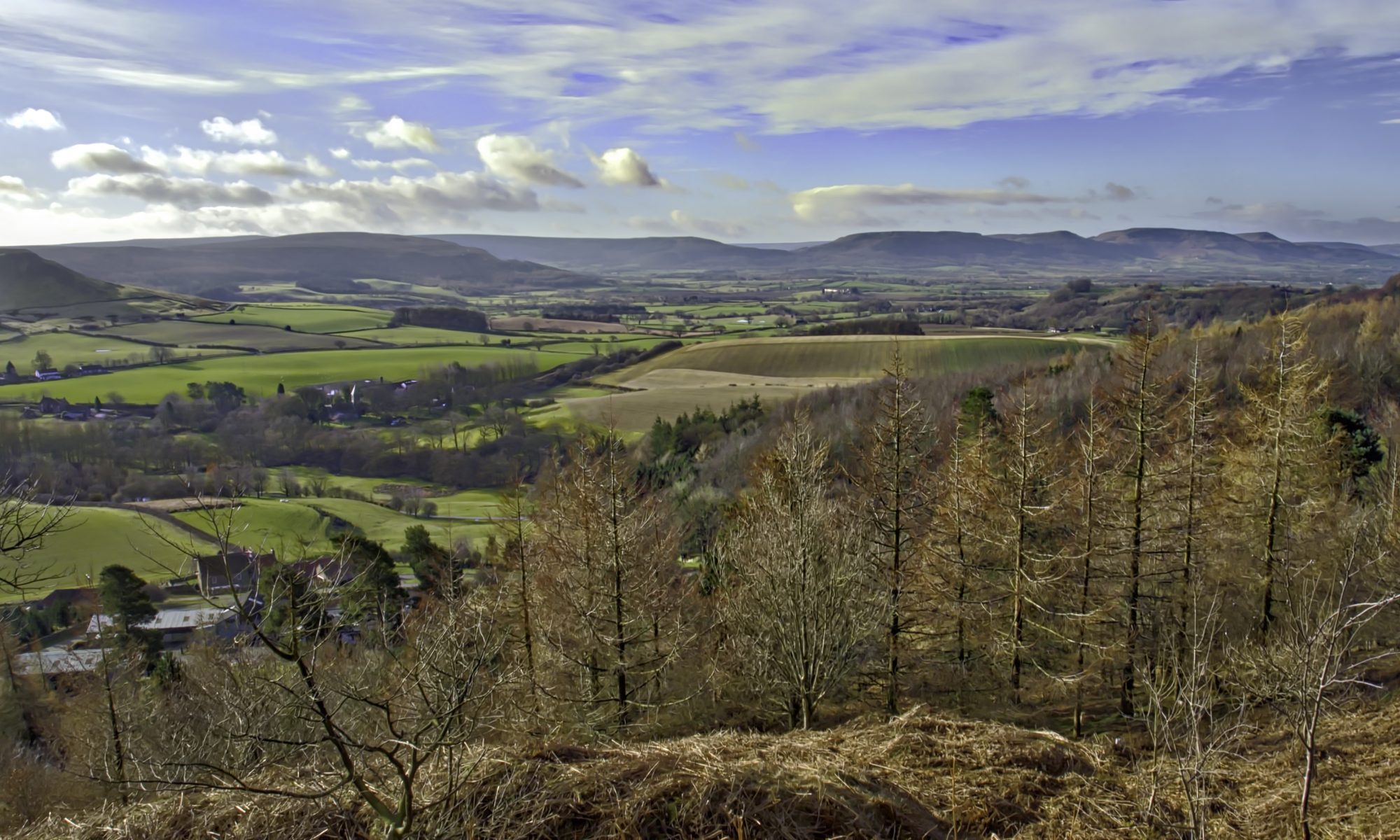 Where is Kildale? It seems such a vague place. The village is well known but where exactly is Killi’s dale. Generally, the parish encloses the upper reaches of the River Leven but it also extends into the watershed of the River Esk with Sleddale Beck and Baysdale Beck forming the boundary. Most, but not all of Lonsdale is included. From Coate Moor, the boundary follows a meandering path following field boundaries to John o’Man’s Cross.

In 1806 the Kildale Estate together with the Westerdale Estate was put up for sale by Sir Charles Turner in order to settle his debts. The Turner were wealthy merchants and had originally bought the estates in 1662 from the Earl of Northumberland. In 1870 it was sold to Robert Bell Livesey of Thirsk.

The spire of the parish church of Kildale, St Cuthbert’s, can be seen just left of centre. St Cuthbert was a monk for most of his life, he was the Prior on Lindisfarne before he gave it all up to become a hermit on the Inner Farne islands. It is said when his body was disinterred 400 years after his death, it had not decomposed. Although there are many churches dedicated to St Cuthbert, Kildale is the only one in the North York Moors. The church itself dates from the 19th-century and during the re-building, a group of apparently pagan individuals were found buried with weapons and traders’ weighing scales, suggesting that Kildale must have been a significant settlement, perhaps linked to a local trade route.
 Open Space Web-Map builder Code