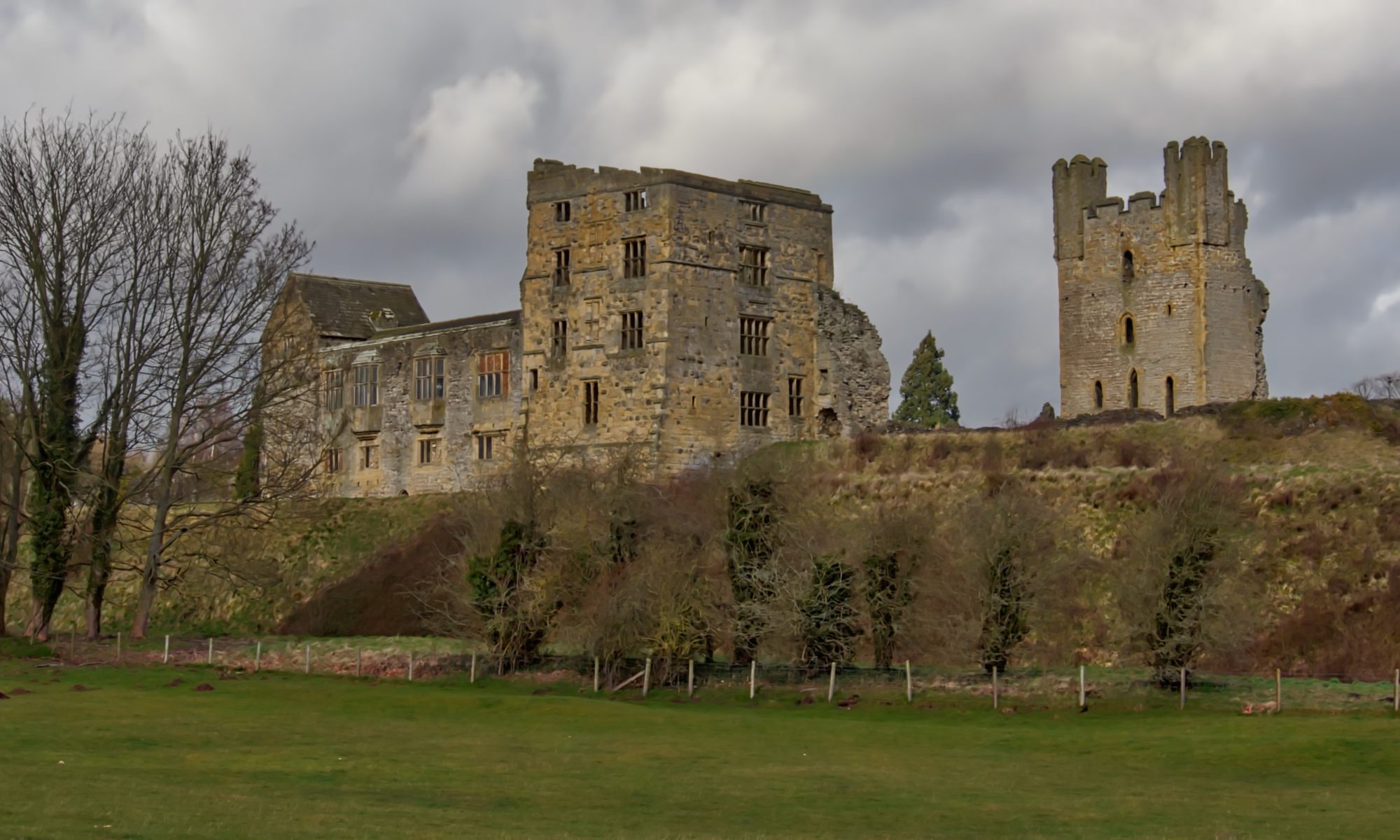 Not inspired by a wind-blasting on the high moors I headed to Rievaulx and a sheltered bimble along the Rye valley.

For 900 years Helmsley Castle, standing on its rocky outcrop on the north bank of the Rye, has dominated the town to the west. Castles are almost entirely absent from the bleak upland plateau of the North Yorkshire Moors with its Jurassic geology. There are some along the narrow southern divide between the Moors and the poorly-drained clay basin of the Vale of Pickering: Pickering, and Scarborough. And to the north, I only think of Castleton.

Walter L’Espec, lord of Helmsley, is credited as having the castle built in about 1120, probably to control the town and the river crossing. L’Espec was a prominent military and judicial figure in the reign of King Henry I. He donated 1,000 acres to found the Cistercian Rievaulx Abbey just up the dale, but perhaps this was more a case of hedging his bets as he had already founded the Augustinian Kirkham Priory.

The castle has been then extensively remodeled in later centuries. It was held against King John in 1216 and was besieged and taken in 1644 during the English Civil War. In 1695, Sir Charles Duncombe brought the combined Helmsley, Kirkbymoorside and Rievaulx estates, continuing to use the castle as his residence until the Duncombe Park House was constructed in 1713.