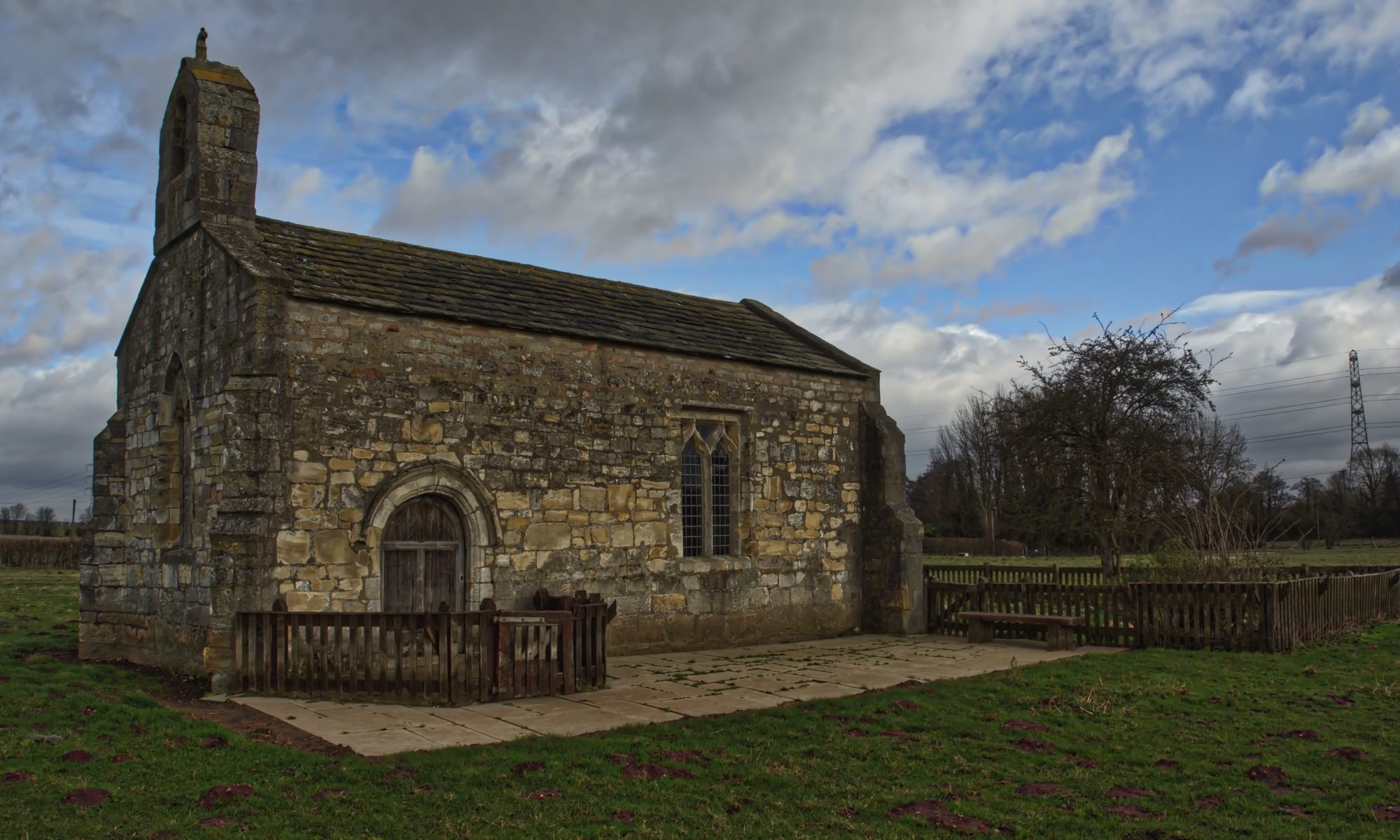 A departure from tradition. Instead of posting a photo from today’s wander around Coate Moor, I’ve chosen another one from yesterday. Seems a shame not to take full advantage of fresh photo opportunities.

The Chapel of St. Mary is a delightful little church standing alone in a field and dating from the 12th-century. It was probably built as a chapel for the medieval manor house and hamlet of Lead all of which exist only as lumps and bumps. A grave slab dating from the 9th or 10th century was found in an excavation in the 1930s suggesting that an earlier church existed.

Lead chapel is only a mile or so from the site of the Battle of Towton and it is recorded that King Edward IV and his commanders stayed the night before the battle camped in the hamlet of Lead. Now whether he commandeered the manor house or slept in the chapel is not known for sure but it seems unlikely the King of England would have spent the freezing night in a field under canvas; unlike his men who had no choice. But he certainly would have prayed here before the battle.

By the 20th-century the chapel has fallen into disrepair but a group of walkers renovated it in 1931 and is now commonly referred to as the Ramblers’ Church.
 Open Space Web-Map builder Code