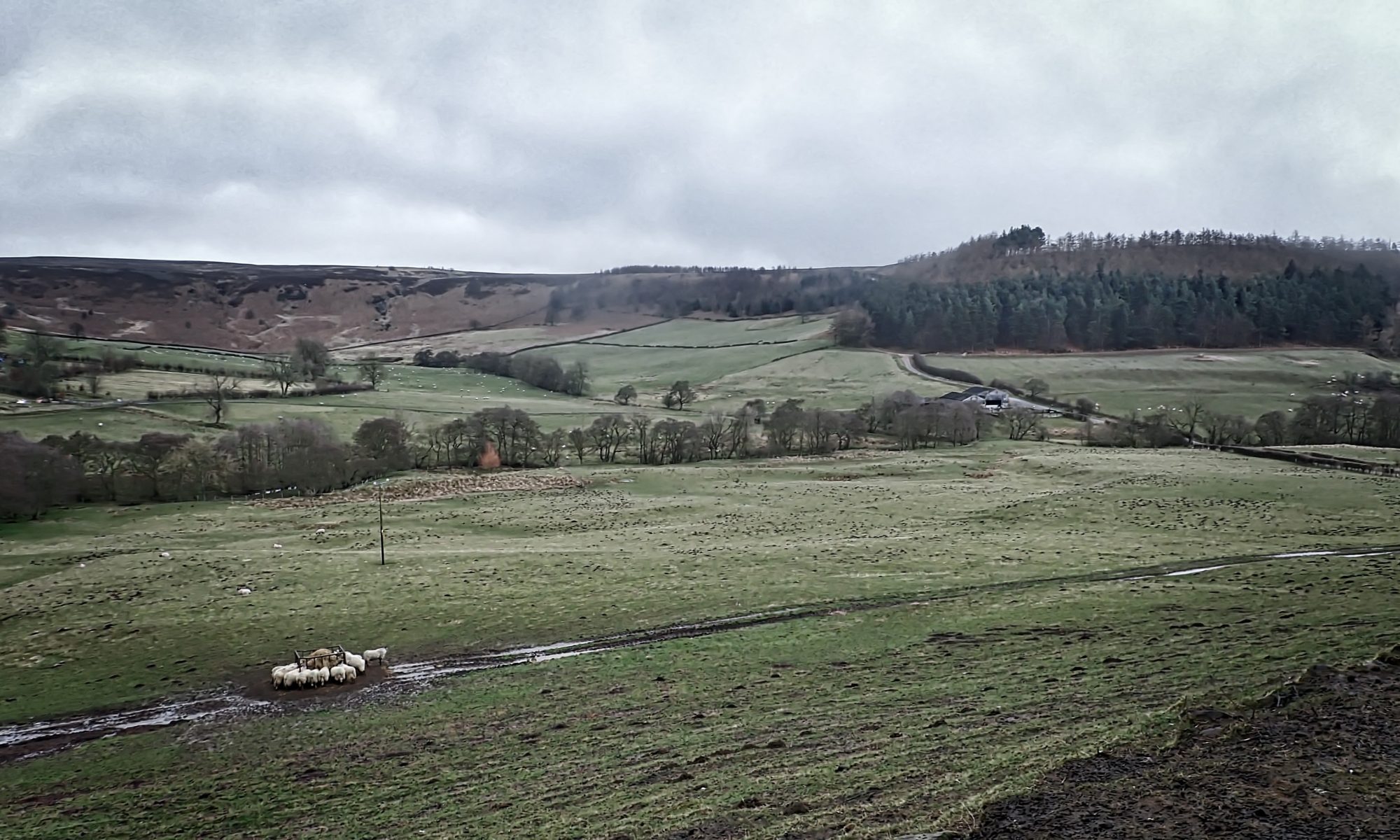 I’ve found a website which is currently fascinating me. It’s called ‘Don’t Lose Your Way’ and it’s run by the Ramblers. It enables a direct comparison between the modern Ordnance Survey map and the 1895 edition. Its purpose is to identify and record lost footpaths that have been omitted as statutory Public Footpaths from the Definitive Maps created as a result of The National Parks and Access to the Countryside Act 1949.

These Definitive Maps are the legal document that records all Rights of Way in England and Wales. But for many reasons not all Rights of Way were recorded. Typically surveyors would have liaised with local landowners either in the field or in the local town hall. Some landowners or their agents would likely have been more reluctant to declare the Rights of Way, some may have been hostile and divulged the minimum necessary. Footpaths and bridleways can be added to the Definitive Maps but the procedure is cumbersome and must be based on historical evidence.

But from 1 January 2026, the Rights of Way network will be set in stone. It will no longer be possible to add paths and any missing paths could be lost forever. So the race is on to record forgotten footpaths. Hence the ‘Don’t Lose Your Way’ website where missing paths can be recorded.

As I said I found the website fascinating and it is easy to become immersed. Last night I found myself in Lonsdale and noticed a footpath running alongside Lonsdale Beck. On the 1895 map, Footpaths are annotated “F.P.” and Bridleways “B.R.” for Bridleroad. Although these F.P. and B.R. initials do not in themselves prove that a path was a public right of way they are a good start to finding further evidence.

This particular footpath is mentioned in a 1940s guidebook I have “Green Ways around Tees-Side”. In a walk from Guisborough to Ayton via Sleddale and Lonsdale, the author, after describing the descent from Percy Cross writes that:

“On older maps the old right of way along Lonsdale is shown running along the streamside.

This old path has long been neglected that it is unrecognisable and it is customary to use the farm road on the southern side of the valley.”

This “farm road on the southern side of the valley” went past Coatemoor Cottage. Another right of way? In the photo, the wooded Lonsdale Beck can be seen at the bottom of the valley. The footpath is this side of the beck.

Our path network is precious. Landowners are fully aware that the 2026 deadline is approaching. “Private” signs are becoming more numerous in the attempt to cast doubt of historical usage. We are fortunate in that we have close access to Open Access land but elsewhere in the country, there are large tracts of the countryside where Public Rights of Way are non-existent. In fact, who is to say our Open Access freedom will be there forever, a government with a large majority could easily change the law.
 Open Space Web-Map builder Code