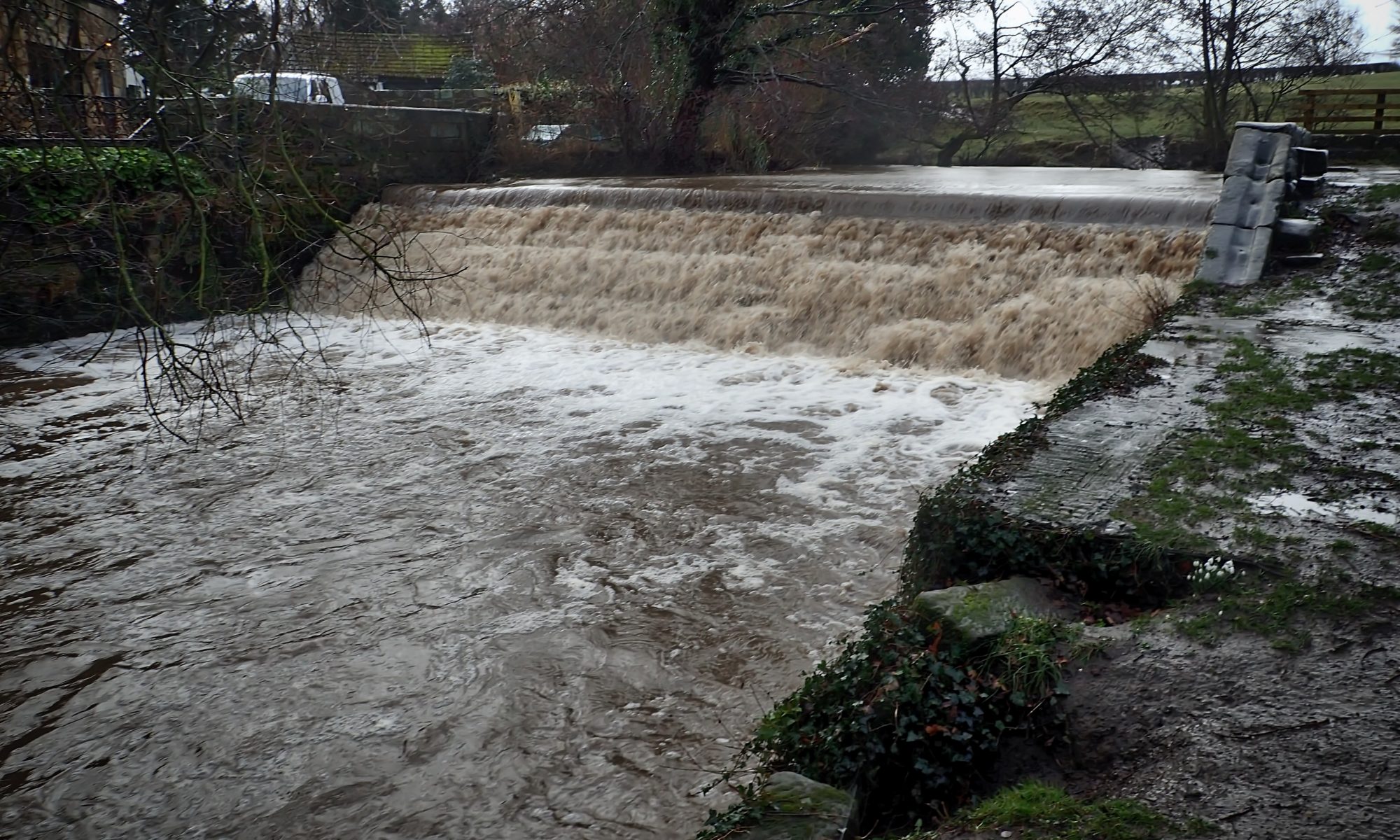 A snatched photo before the lens fogged up. The Leven’s high, few hardy souls about, the paths awash with flowing streams. In Newton Wood, I disturb flocks of wooshats sheltering from the storm. Returning home so wet and battered, I feel I’ve been through the washing machine. Ah, kissed by Ciara.

Except, of course, it’s not a waterfall but a weir to provide a head of water to power two mills near Low Green. The water ran down a mill race, its course can still be traced. When the mills were working no water came over the weir causing complaints about the smell from Skitter Beck which discharges into the river near Suggits. The weir was built in 1840 after a flood which destroyed the earlier medieval one. It was paid for by Thomas Richardson, Ayton’s 19th-century benefactor who also endowed the British and Friends Schools.
 Open Space Web-Map builder Code