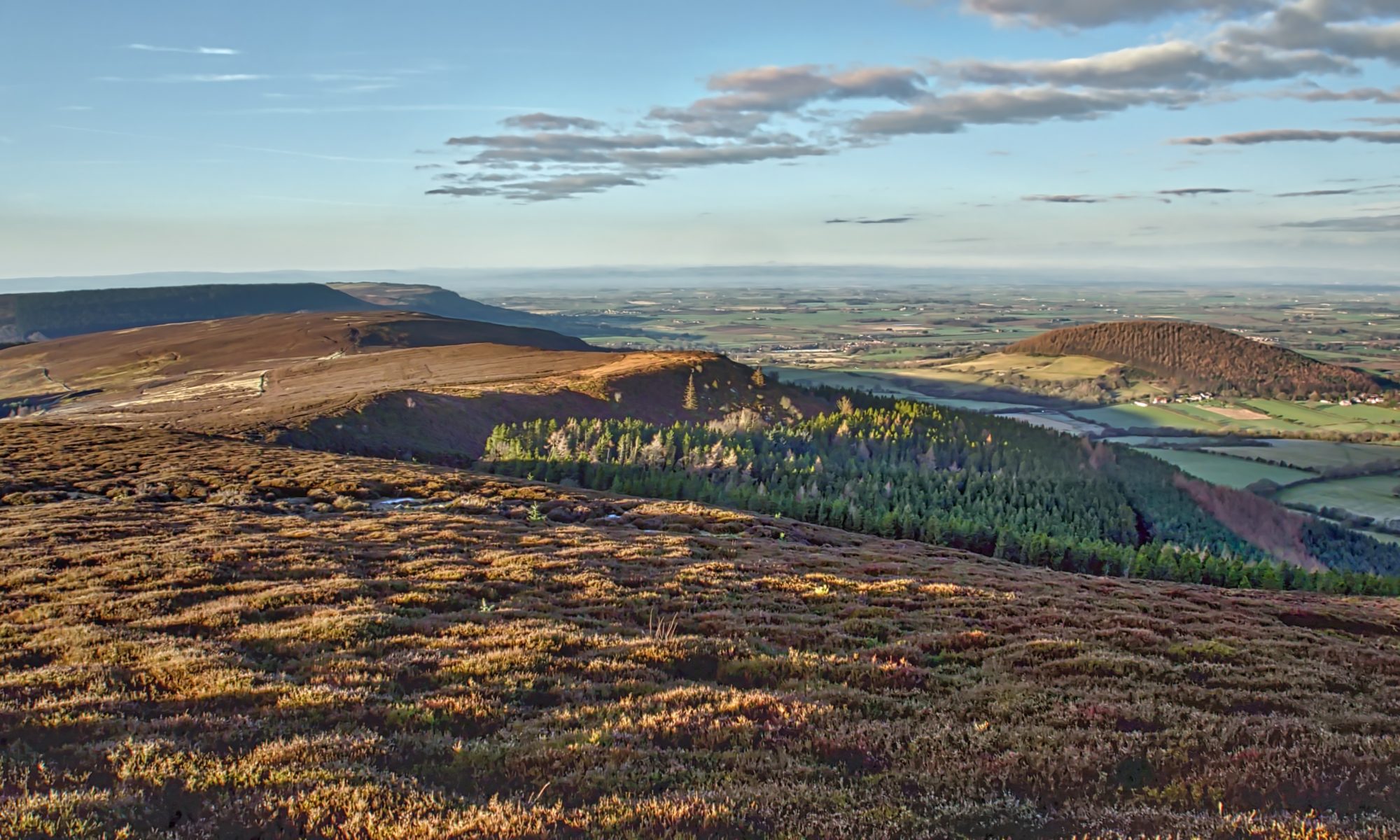 A beautiful morning for a run along the escarpment to Knolls End and back via Thackdale. Surveying from left to right. Live Moor, peppered with Bronze Age features, barrows and field systems, was in the 19th-century common grazing for the villagers of Swainby who kept their donkeys used to carry coal and other goods. That is grazing for the donkeys, not the villagers!

The slight rise of Gold Hill, catching the morning sun, is centre with its ruined summerhouse now buried in the heather. Whorl Hill is far left, a name that derives from the Old Norse ‘hvirfill’ meaning, unimaginatively, ‘a high hill with a rounded top’.

In 1810 large and valuable hoard of Roman silver coins in a large silver vase was discovered while ploughing a field at the base of Whorl Hill. The coins date from Constantius to Honorius (AD 337-423). Similar hoards have been found near Wilton Castle below Eston Nab and Northallerton indicating deliberate concealment in troubled times possibly during the migrations of Saxons after the Romans abandoned in the 5th-century.
 Open Space Web-Map builder Code