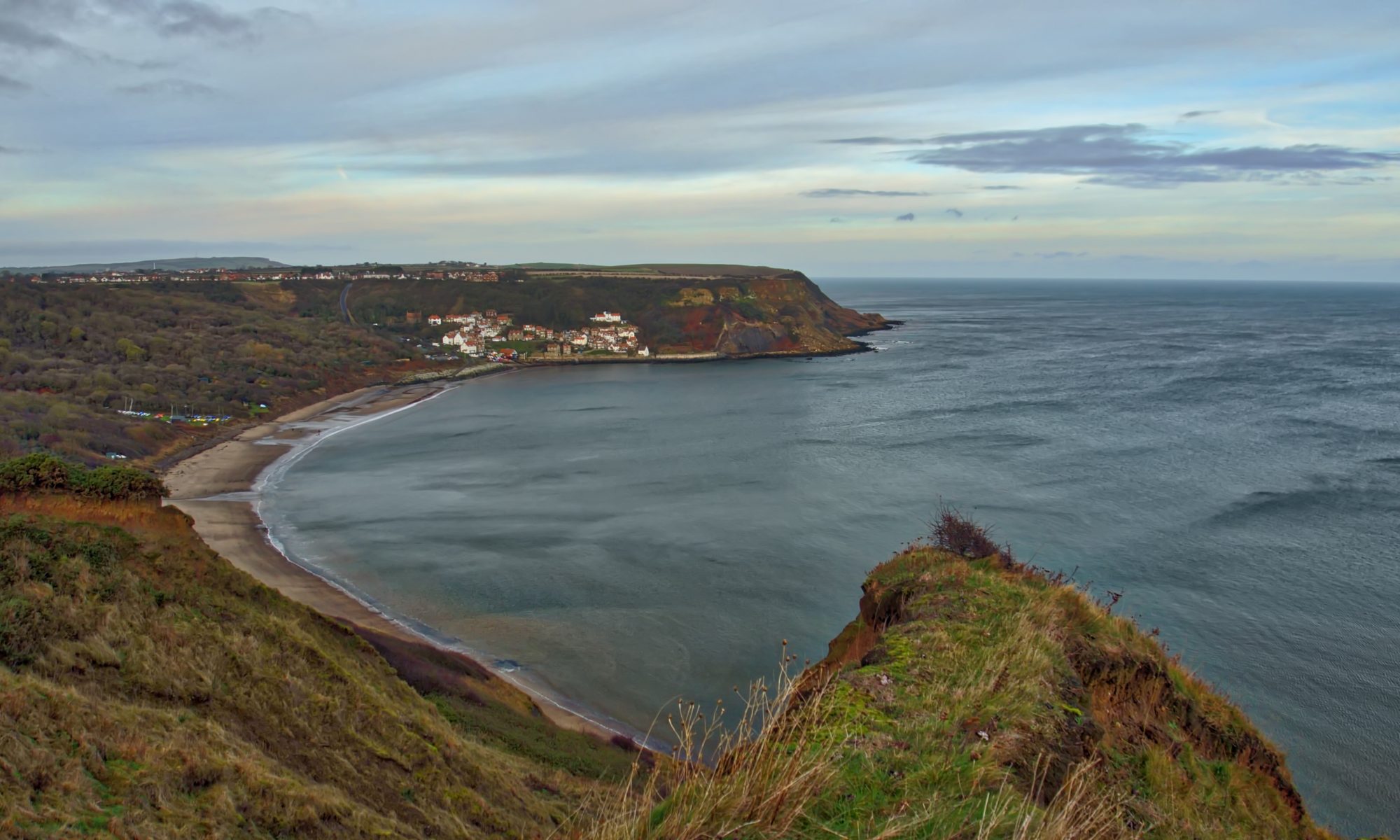 Regarded as one of the quaintest of all the fishing villages of the Yorkshire coast but sadly not much fishing goes on from here now. I suspect there are not many cottages which have year-long residents. In the middle of the 19th-century, Runswick had 18 boats fishing for the herring and another 20 on the cod and ling. With a population of 383, those few villagers who were not actually fishing would certainly have depended heavily on the industry.

John Walker Ord, writing in 1846, quotes that Runswick “stands on the declivity of a steep and rugged rock, the top of which, projecting in an awful manner, threatens to overwhelm the inhabitants; and strangers are both amused and astonished, when, in winding along the narrow paths between the dwellings, they may on one side enter the door of a dwelling-house, and from thence look down the chimney of another.” He recounts that 160 years before the whole village, save for one house, sank during the night in a landslip but miraculously the alarm was raised quickly, and the villagers escaped with just the loss of their houses.

By the mid-1880s, Runswick became connected to the world by railway. Whitby had established itself as a sea-side resort a few decades before and with the railway, Runswick and neighbouring Staithes became fashionable amongst artists wanting to capture the romantic idyll of the primitive sea-faring way of life. Soon, piped water and a sewerage system were installed and Runswick became attractive to city-dwelling artists wanting a more permanent stay. A sizeable community grew, numbering at its peak about 50 artists such as Ernest Higgins Rigg, and bringing much needed economic opportunities for the locals. As well as renting rooms or cottages, the going rate to model for their paintings was 3d a session, so long, of course, that they dressed in their traditional costumes and sat in their quaint damp cottages.
 Open Space Web-Map builder Code