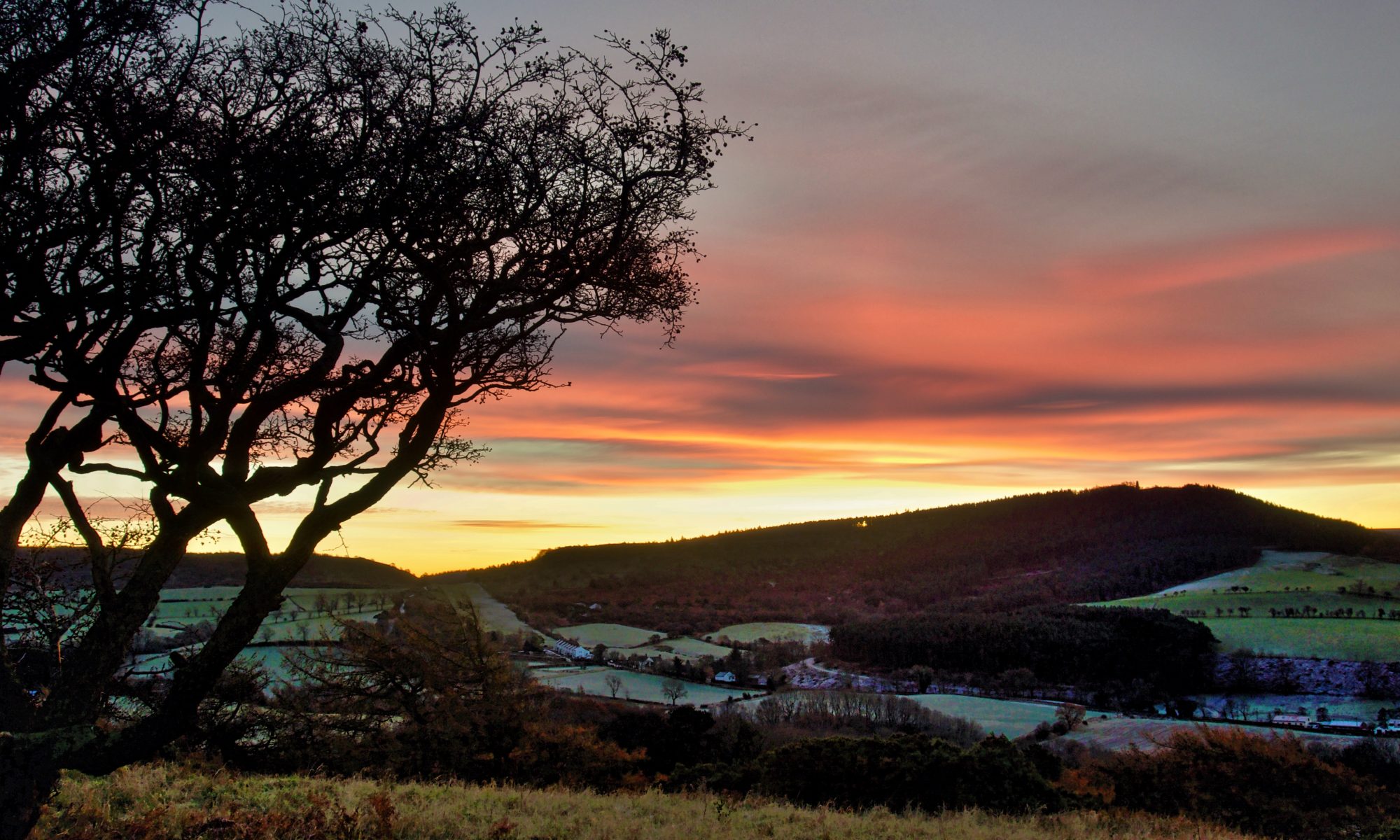 Two major achievements. First I dragged myself out of the house whilst still dark and secondly, I managed a hypnopompic run up Cliff Rigg, the first since my attempt at an Icarus imitation. They say the darkest hour is before dawn. That’s probably not true once your eyes have become accustomed. Dick Turpin and his ilk would have referred to this twilight hour as ‘lightmans‘, off on his way home after a nights work while his 18th-century farming compatriots would have said ‘day peep‘.

The lives of countryfolk would have been dictated by the onset of the day so it is not surprising that each region developed its own dialect name. ‘Dayening‘, ‘greking‘, ‘daylight’s gate‘, ‘mirkshut‘; the list is endless. Those in Somerset would say ‘dimpse‘ or ‘dumps‘, while across the border the Devon farmers would say ‘grasplin‘. And the Scots go roaming in the ‘gloaming‘. ‘Day-raw‘, that first streak of red in the sky, a warning to shepherds.

I have two favourites: ‘twitter-light‘, perhaps a nod to the future of the modern age and ‘cockshut‘. According to the “Dictionary of Archaic and Provincial Words- obsolete phrases, proverbs, and ancient customs” from the fourteenth century, printed in 1852 and compiled by James Orchard Halliwell-Phillipps, a cockshut was a large net, suspended between two poles, employed to catch, or shut-in, woodcocks, and used chiefly in the twilight, so the word came to be used for twilight.
 Open Space Web-Map builder Code

3 Replies to “Sunrise on Cliff Rigg”