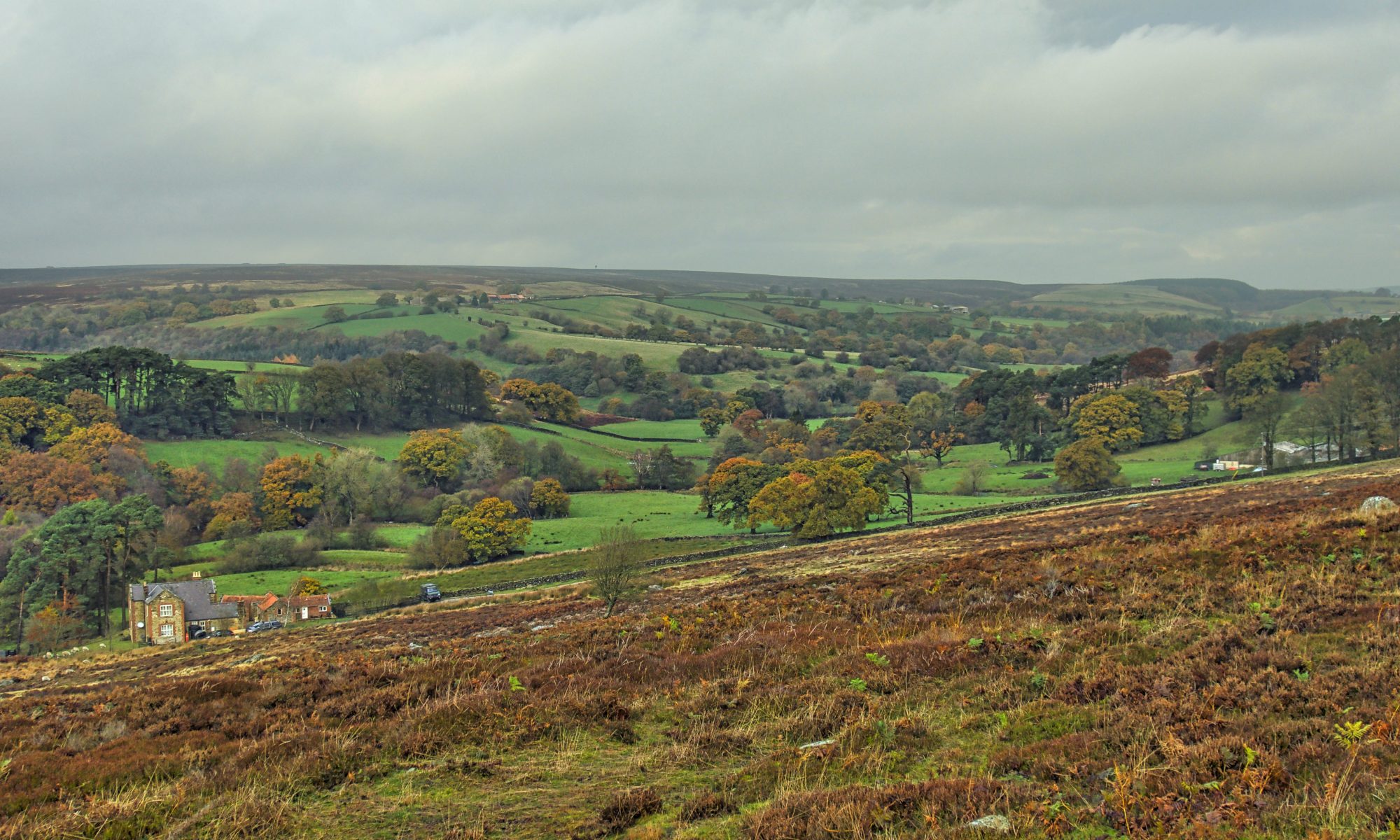 Wheeldale Beck, one of the upper tributaries of the Murk Esk, between Goathland and Wheeldale Moors. The house bottom left is Wheeldale Lodge, built at the turn of the 20th century as a gamekeeper’s house, probably James Patterson, who was the keeper to the Duchy of Lancaster when he “discovered” the nearby “Roman Road” in 1912. In 1948 it opened as a Youth Hostel which I believed closed in 1999 but it seems now to have reopened as a hostel according to its website. I have some vague recollections of taking a breather here during a race, drinking tea in front of a blazing fire.

Wheeldale has always been remote and sparsely populated with just a handful of houses. Hunt House, on the left of the photo, is the only other one inhabited today. There are references to a Medieval bloomery where the Stape road fords Wheeldale Gill.