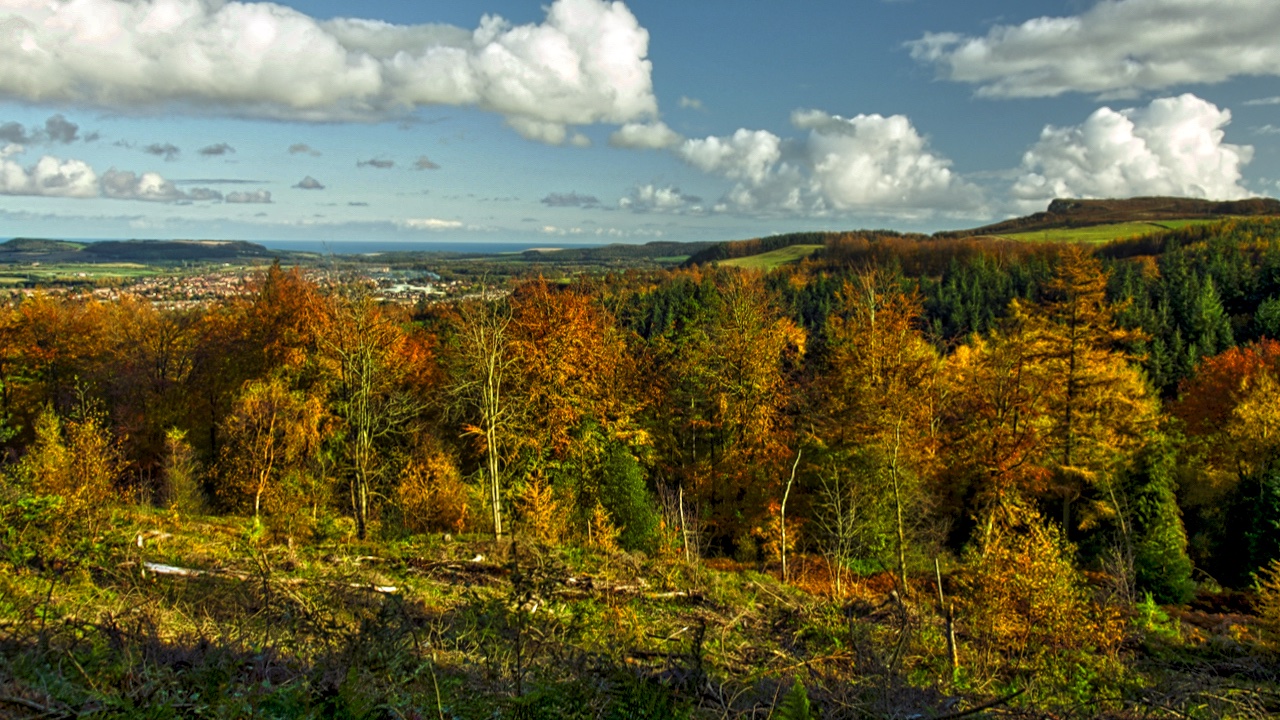 The autumnal colours are really striking at the moment. I have always known these as Hutton Lowcross Woods. The Ordnance Survey map says so. But Forest England refers to all the contiguous woods from Roseberry Common to Slapewath as Guisborough Forest. They form a backdrop to the town of Guisborough, the “ancient capital of Cleveland”.
West of Highcliff Nab the woods are owned freehold by Forest England, but to the east, they are leased from, I believe, the Gisborough Estate. Freehold lands were designated as Open Access Land under the Countryside and Rights of Way Act 2000 (aka the CROW Act), leasehold land was not. This distinction can be seen by a different shade of green on the O.S. map at 1:25,000 scale.

Fact of the day: the word “autumn” only found its way into English in the 18th century coming from the French “automne“. Before this French import, we would have referred to this time of the year as “harvest”, or “fall”, or up here in the North of England “backend”. “Fall” of course has famously found its way across the Atlantic.
 Open Space Web-Map builder Code