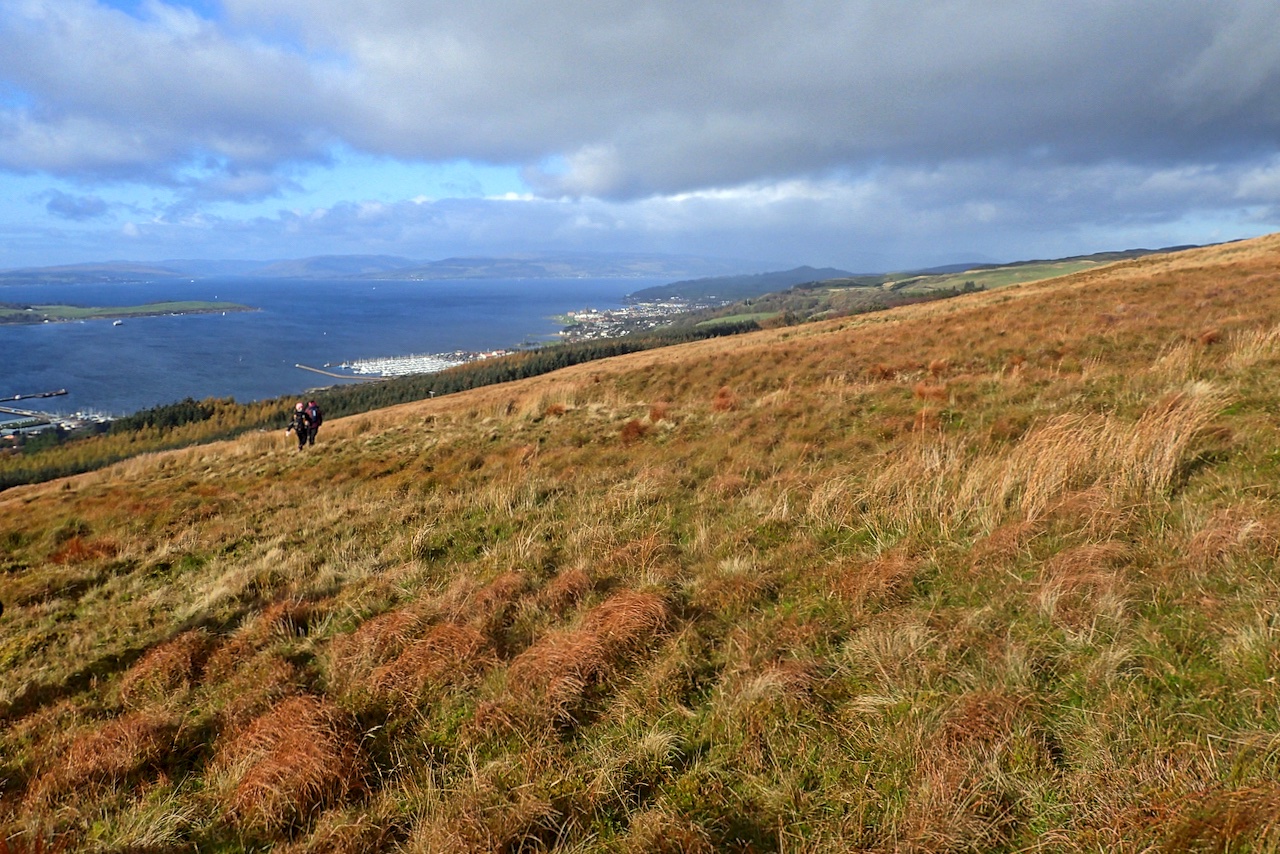 Another photo from the OMM weekend in Scotland. This is the final descent to the finish in Largs (or An Leargaidh Ghallda in Gaelic) with super views across the Firth of Clyde and the island of Great Cumbrae. The sound between Largs and Great Cumbrae is known as the Fairlie Roads.

The only history I know of Largs is the great battle that took place there between the kingdoms of Norway and Scotland. It was a decisive conflict that began the start of the Scottish nation as we know today.

For centuries Scotland as we know it was divided between the Kingdom of Norway which ruled the western islands and that of the Scottish mainland. Successive Scottish kings had their eyes on this seaboard and made several unsuccessful attempts to purchase the islands. Finally, the Scots began to get more belligerent resulting in many skirmishes. In 1263 the King of Norway, Haakon Haakonsson, the “Prince of the Birchlegs” sailed into the Firth of Clyde with a massive fleet aiming to reassert his authority over the western islands of Scotland. Negotiations with the Scots were not going well and during a storm, the fleet was forced to land at Largs. As soon as Alexander of Dundonald, the Steward of Scotland, got to hear of this he led his army to greet them. After the battle, the Norwegians were allowed to collect their dead but were forced to retreat. Haakonsson sailed to Orkney where he died during the winter. Three years later Haakonsson ‘s successor, Magnus Haakonarson signed a treaty to lease the western isles to Scotland in return for a yearly payment, which the Scots eventually stopped paying when Norway became engrossed in civil wars.
 Open Space Web-Map builder Code