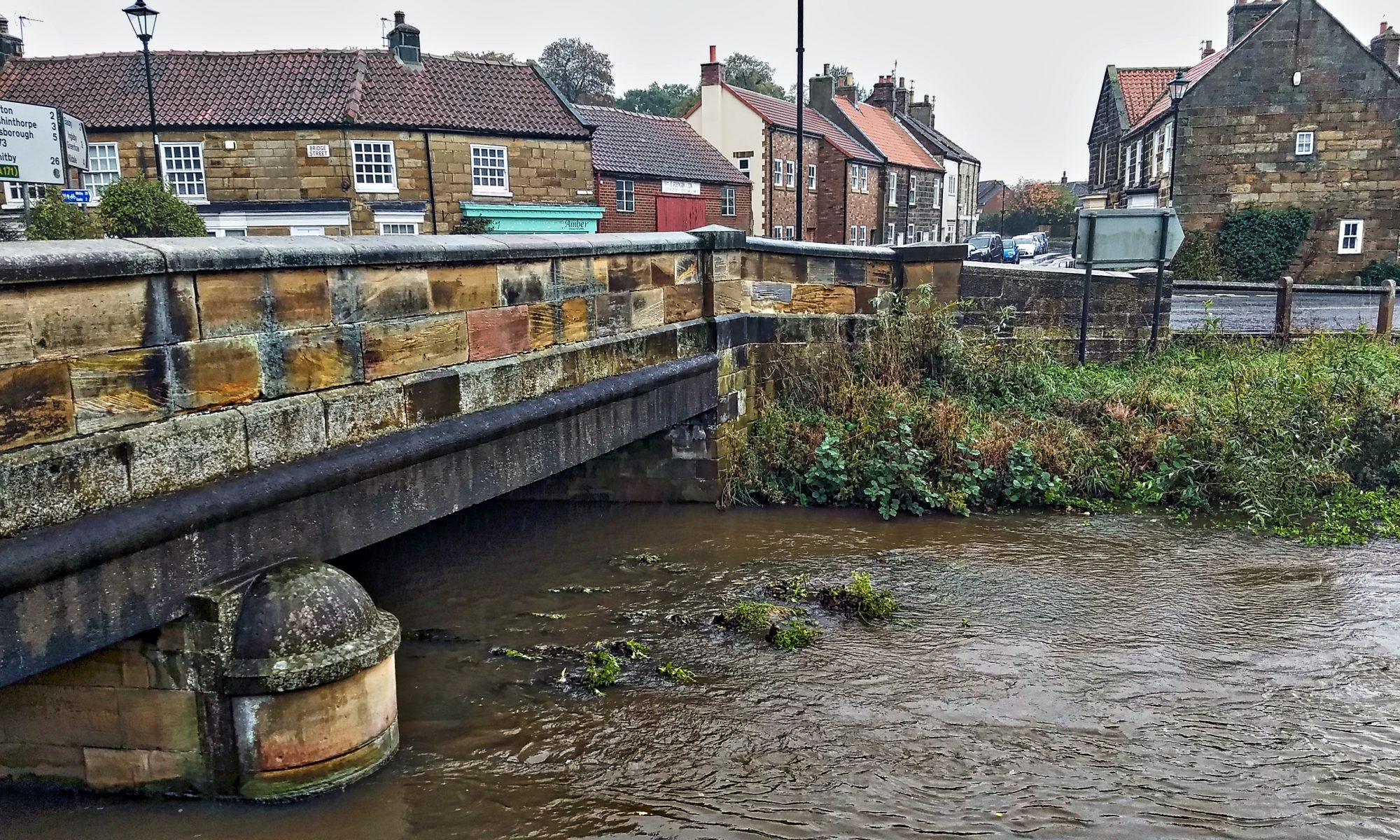 Another drizzly misty morning so came back through the village. Ayton’s bridge over the River Leven was built in 1909 replacing an earlier humpbacked one. There has been a lot of rain overnight and the river is high. But I really wanted to photograph Easby Lane. That’s it, a residential road heading off in the distance, although the Post Office says first few houses are on Bridge Street. Easby Lane heads out the village climbing Halfpenny Hill, attaining a grand height of about ten metres. It is said Halfpenny Hill was named after a woman was found hanging there with only a halfpenny in her pocket.

But it is another tragedy I want to relate. On this day, October 20th, 1925, Oliver Jackson, a 68-year-old boot and shoemaker, was out having an evening stroll with a friend along Easby Lane, then a country lane, when a hare ran out of a field in front of them. Perhaps momentarily transported back to their childhood days the two men became so excited at the prospect of a chase but unable to compete with the hare they threw their walking sticks at it. In doing so Jackson overbalanced and fell in front of a passing motor-car fracturing his skull. He died at his home within two hours from compression of the brain. An interesting insight into the speed of the proceedings at that time, the inquest took place the next day at the Buck Hotel and was reported the same day in the Middlesbrough Evening Gazette carrying the headline “Unusual Fatality at Great Ayton”.
 Open Space Web-Map builder Code