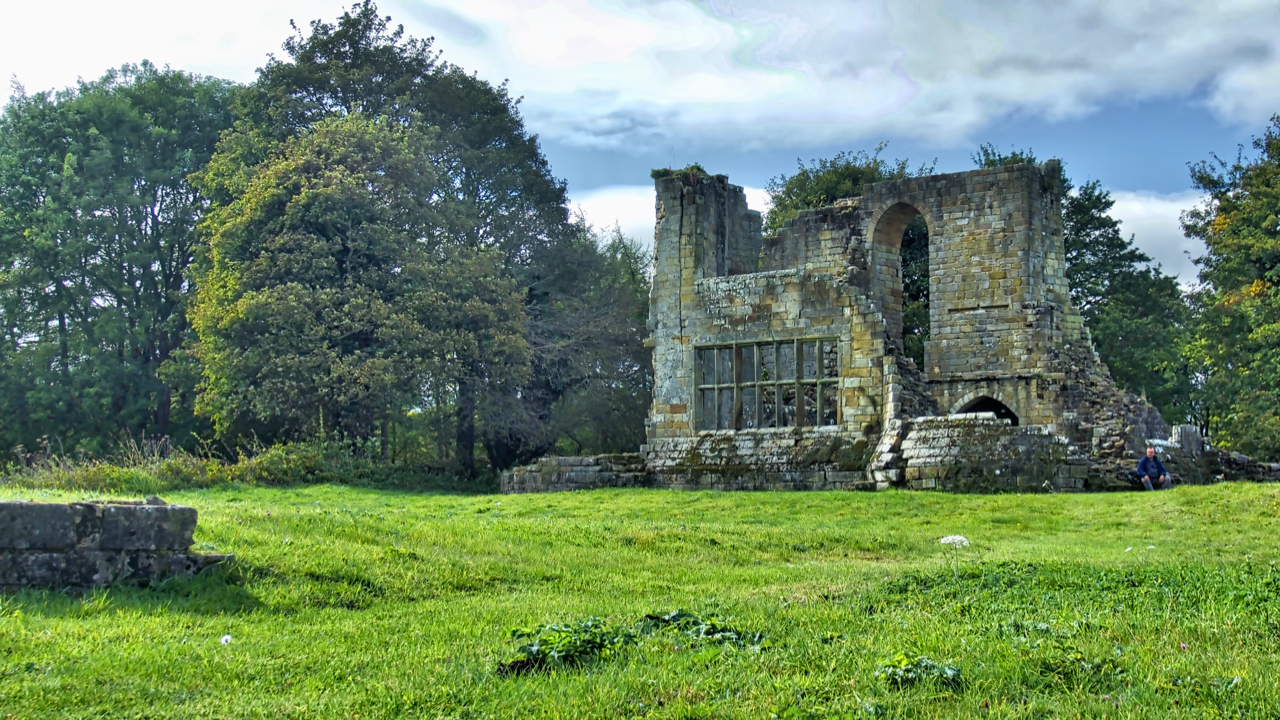 Standing on a narrow ridge between two parallel wooded valleys, Mulgrave Castle is part of the Mulgrave Estate owned by the Marquess of Normanby. Parts of the formidable curtain wall are Norman but the photo shows the keep which dates to the end of the 13th century. The large window in the east wall is from the 16th century. In the English Civil War, the castle was besieged twice and blown up. Then towards the end of the 17th-century, with the estate in the hands of the Countess of Dorchester, Lady Catherine Sedley, a “new” castle was constructed across the valley ¾ of a mile to the north-east and the old castle fell into ruin. In 1792 the landscape designer Humphrey Repton was employed to remodel the grounds of the “new” castle and in the process extensively ‘romanticised’ the ruins of the old castle.

Interestingly “Black’s picturesque guide to Yorkshire”, printed in 1862, says that a castle was built here 200 years before the Conquest, by a Saxon called Wada or Wade. Would this be the same Wade, the giant whose temper created Blakey Topping, the Hole of Horcum, the Roman Road at Wheeldale and gave his name to numerous standing stones in the vicinity? However, ½ a mile to the west, across the valley hidden in the woodland is a motte castle which looks a more likely location for an earlier castle.
 Open Space Web-Map builder Code