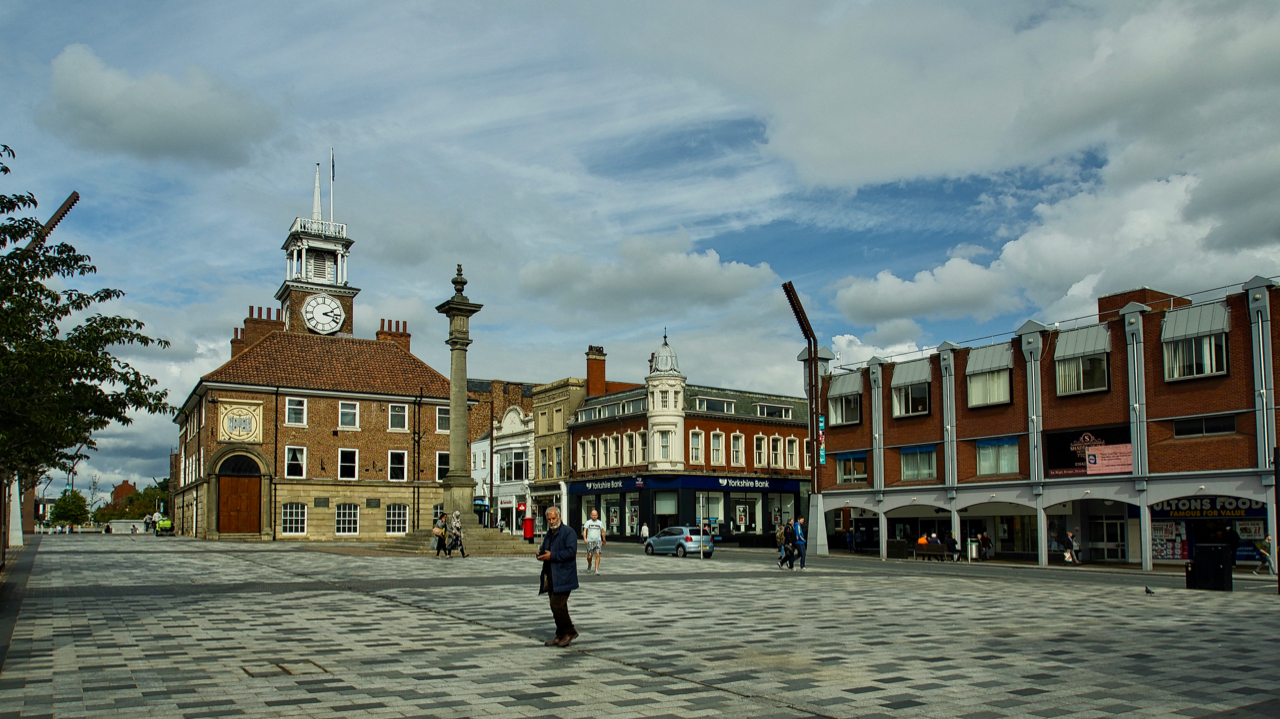 In 1933 Britain was in the midst of a depression, unemployment had doubled and exports had halved. On Teesside, shipyards and heavy industries were closing and with no benefits system, the workers and their families were impoverished and dependent on soup kitchens. In January Hitler had been appointed Chancellor of Germany. His radical ideas on nationalism found favour with the British Union of Fascists led by Oswald Moseley and the Nazis’ tactics of intimidation against trade unions inspired the BUF to organise similar rallies in Britain and Stockton was chosen to be the first.

So, on Sunday 10th September 1933 between 200 and 300 BUF members, Blackshirts, from Tyneside, Manchester and Lancashire arrived in Thornaby for a march across Victoria Bridge to Stockton High Street. Their leader was a Captain Vincent Collier who began to address the crowd underneath the market cross. He was heckled and shouted down by a crowd of allegedly 2000 to 3000 comprising members of the Communist Party of Great Britain, the Independent Labour Party and the National Unemployed Workers’ Movement. Press reports tell of both sides being armed with weapons: wooden staves and pickaxe handles, stones and potatoes studded with razor blades, but even allowing for press sensationalist reporting it seems that some came prepared for trouble. With just seven police officers trying to maintain order, however, the fascists eventually broke ranks and were chased down a side street. In the ensuing fight, 20 casualties ended up in local hospitals. Once police reinforcements arrived, the fascists were eventually ushered back to their coaches waiting in Thornaby.

In the aftermath, Moseley’s fascist marches became more organised and prepared with the Blackshirts immediately coming down heavy on hecklers. There are perhaps more well-known marches, in South Street, Worthing in 1934 and Cable Street in London in 1936 but it was in Stockton that the fire was ignited.
 Open Space Web-Map builder Code