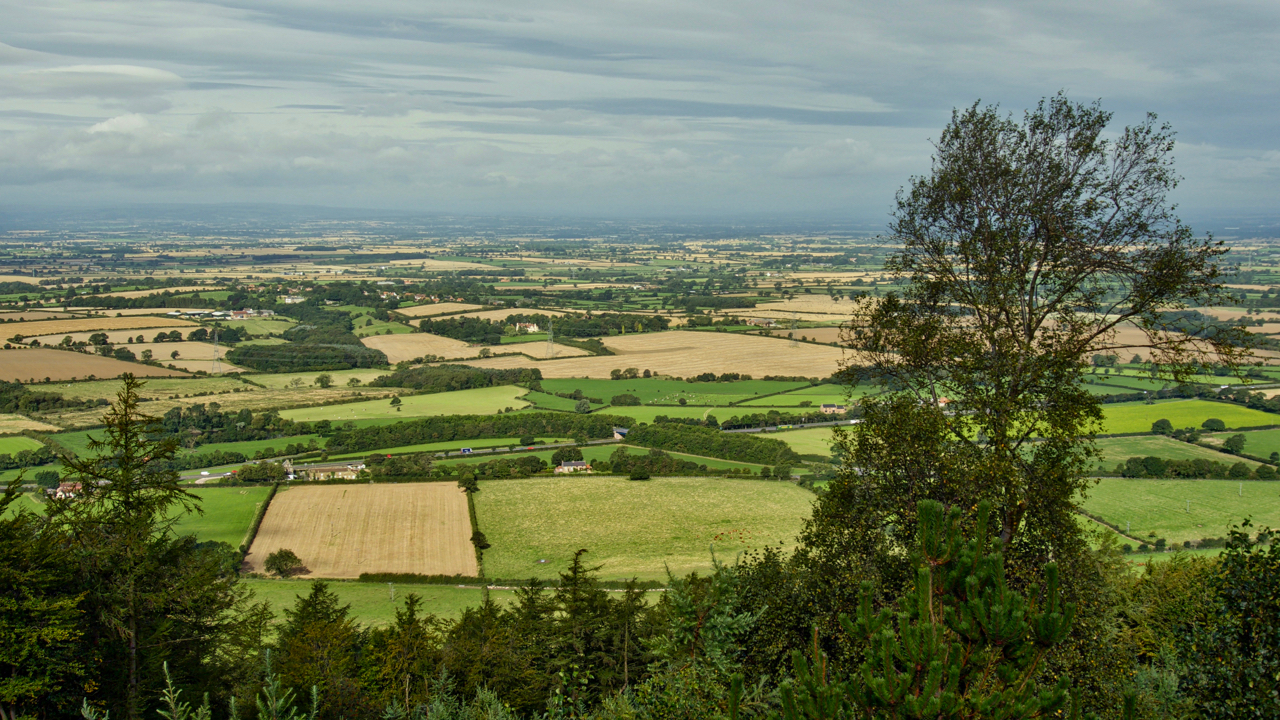 A view from Swinestye Hill across the Vale of Mowbray. The Cleveland Tontine Inn, bottom left at the junction of the A19 and A172 is officially the northeasternmost point of the vale which boundary heads arbitrarily in a northeasterly direction to Scotch Corner. To the south is the Vale of Mowbray, to the north the Tees Valley.

The Cleveland Tontine has an interesting history. In the 1980s it was an Egon Ronay standard but expensive restaurant. I remember going there once but wasn’t too impressed when my pigeon soup arrived including a whole bird with its claws sticking up. It dates from 1804 when it was built as a coaching inn. A tontine was the method of raising the funds to finance the build based on a 17th-century Italian concept. Each subscriber pays an agreed sum into the fund, and thereafter receives an annuity based on the annual interest. When an investor dies, his share is reallocated among the surviving investors and this process continues until only one investor survives. Winner takes all so to speak. Each person will only ever receive the interest on his investment, his original fund invested will never be paid back. It is not hard to imagine unscrupulous plotting when only a small group of investors are involved. Quite recently tontine investments have been suggested as a means to fund pensions.
 Open Space Web-Map builder Code