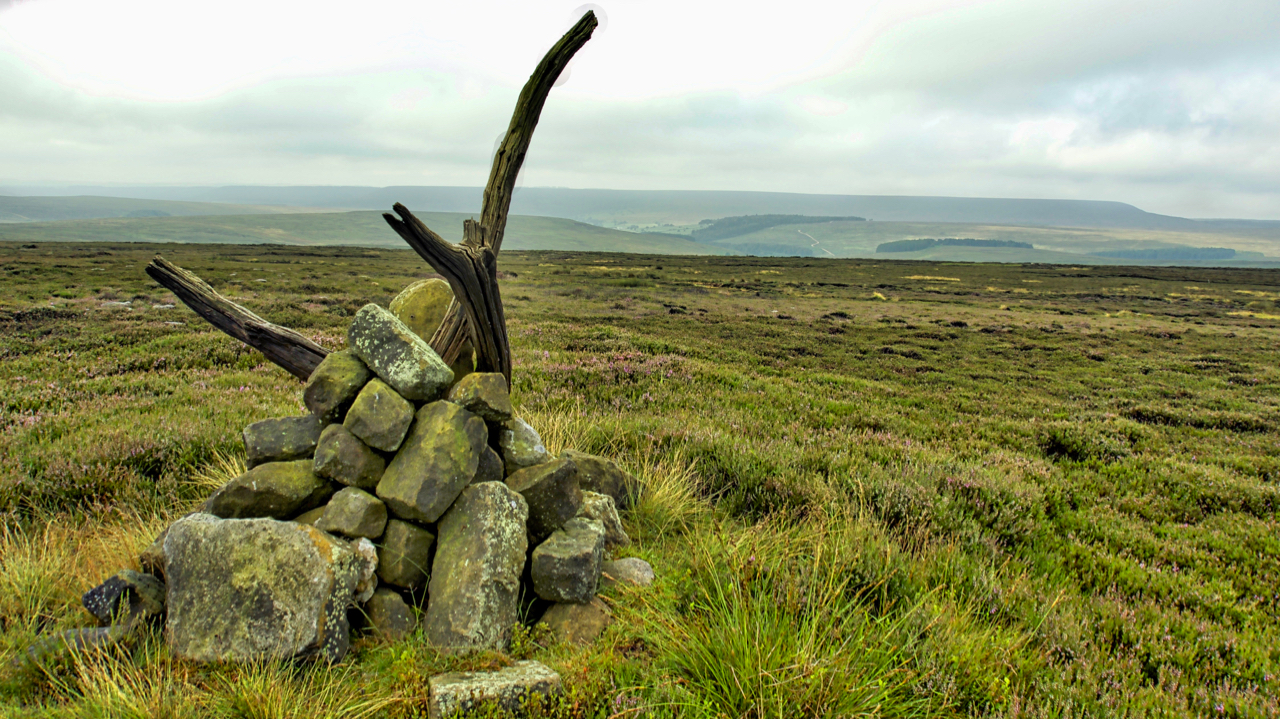 An 18th-century boundary stone sited just above the 380m contour on Snilesworth Moor. A dull overcast morning marred by a confrontation with an irate gamekeeper. Soon after I had parked at Scugdale he drove up holding a dead pheasant accusing me of hitting it on the drive up the valley. Now I recall hearing no thud of an impact but was willing to accept it may indeed have occurred. Then he accused me of driving “wildly”. Now I had been in no hurry, Classic FM on the radio, Eine Kleine Nachtmusik. Twice I had come to a standstill because of coveys of pheasants. My family constantly tell me to speed up and I’m sure I don’t look like a boy racer. So I told the guy I didn’t accept his accusation and carried on changing. I heard him mutter that I should “respect the countryside” as he drove away. Respect for all users of the countryside in part of The Countryside Code but there must be mutual respect. I can not respect attempts at bullying and intimidation. There was no sign of any damage or marks to the car which I would have expected. In hindsight, I think I drove over an already dead bird stirring up a cloud of feathers. The gamekeeper jumped to the wrong conclusion. Anyhow the set-to spoilt my morning’s enjoyment.

The boundary stone marks the boundary of old Cleveland with Snilesworth and has been buried under a cairn. Bill Cowley in his book “Snilesworth” recalls a local name of Three Legs on account of a branch of a tree inverted like a tripod. He suggests this branch must be bog oak perhaps a relic of the pre-historic forest and dates the name to the early 20th-century. The branch has now broken and the pieces propped up against the boundary stone.
 Open Space Web-Map builder Code

One Reply to “Prod Howe”