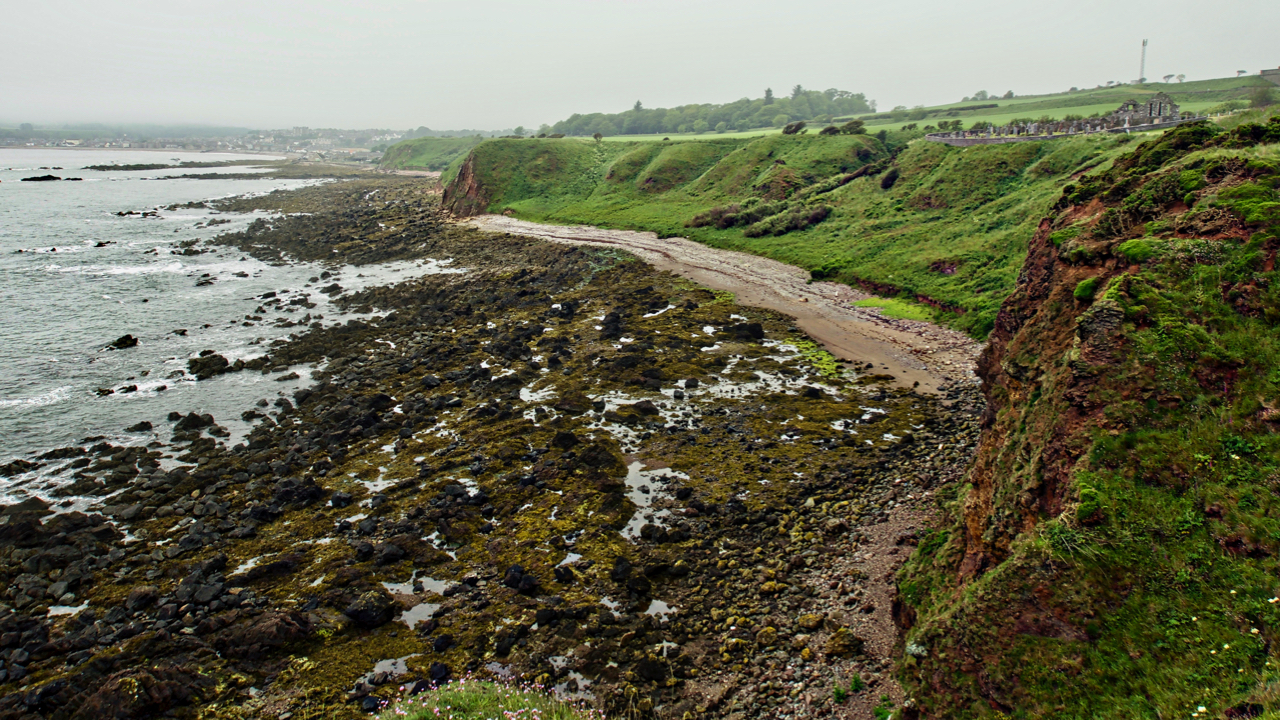 Woke up to a sea fret but by the time I set off to explore the coastline north of the former fishing town of Stonehaven, it was well on the way to clearing. Stonehaven can just be made out through the mist. The coast comprises vegetated cliffs which form the eastern end of the Highland Boundary Fault, a sort of crack in the earth’s surface, that stretches from the Isle of Arran all the way across Scotland to Garron Point, just north of Stonehaven. The fault traditionally marks the demarcation between the Scottish Highlands and Lowlands and was formed millions of years ago when Scotland and North America had not separated. The fault can be traced in Newfoundland.

Old Kirk Shore is named after the ruined chapel that sits precariously above the cliffs. Cowie Chapel was built in the 13th century and dedicated to St. Mary of the Storms although it is said to be on the site of a much older chapel. Supposedly several Scottish monarchs worshipped in the chapel including James IV. After the Reformation in the 1560s, it fell into disuse although the well-tended graveyard contains many Victorian graves and at least one I noticed from the 1990s.
 Open Space Web-Map builder Code