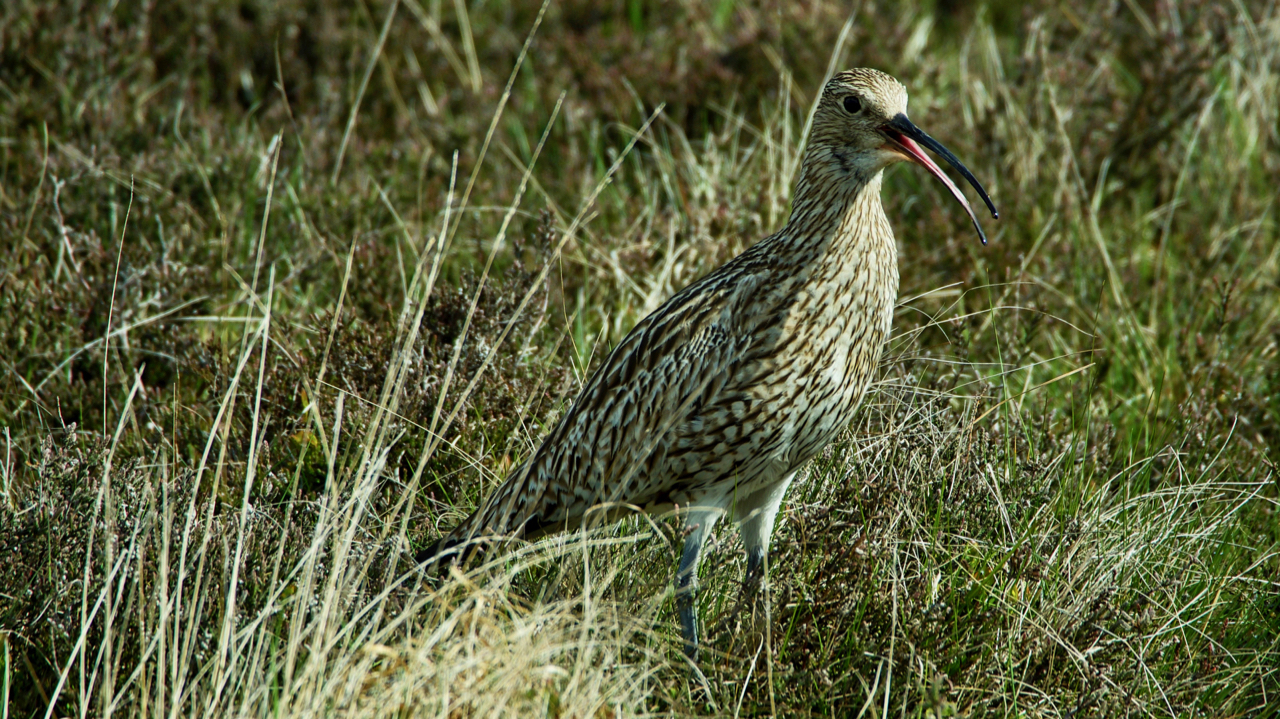 I’ve been wanting to snap a photo of a curlew for ages. They are the shyest of birds. I have seen them often on the moors but usually taking flight if I get any closer than 50m or so. This morning though I was cycling along a lane when I spotted one perched on a dry stone wall not 5m away. I stopped, it took off, circled me and landed 20m away on the moor side of the lane. It’s mate appeared. Their nest must have been close by.

Curlews are the iconic wader bird of the moors but populations have been declining mainly due to the loss and degradation of principle habitat, semi-natural grassland and moorland. It is on the Red List of the UK’s most endangered birds. Without doubt, curlew nests and chicks are very vulnerable to predation by crows and foxes and the trapping and shooting of these predators on moorland managed exclusively for grouse shooting undoubtably benefit curlews and other ground nesting birds. As the shooting estates are so quick to point out. The drying out of the moors through climate change will unquestionably impact the small invertebrates, the curlew’s food source. It seems to me that the draining and burning of heather moorland must surely have the same effect on these invertebrates. Something on which the estates are not surprisingly silent.

The scientific name for the curlew is ‘Numenius arquata‘. ‘Numenius‘ comes from two Greek words, ‘neos‘ meaning new and ‘mene‘ for moon, or ‘new moon‘, a reference to its slender curved bill. ‘Arquata‘ also alludes to the curve of the bill, it’s from Latin for an archery bow. It is said the English name for the curlew comes from its call ‘cur-lee‘ but I do like the old Scottish name ‘Whaup‘.

No location marker on the map today. I wouldn’t want to give the shooting estate any extra knowledge they could spin. The only clue I’ll give is that it is not a million miles from my house.
 Open Space Web-Map builder Code