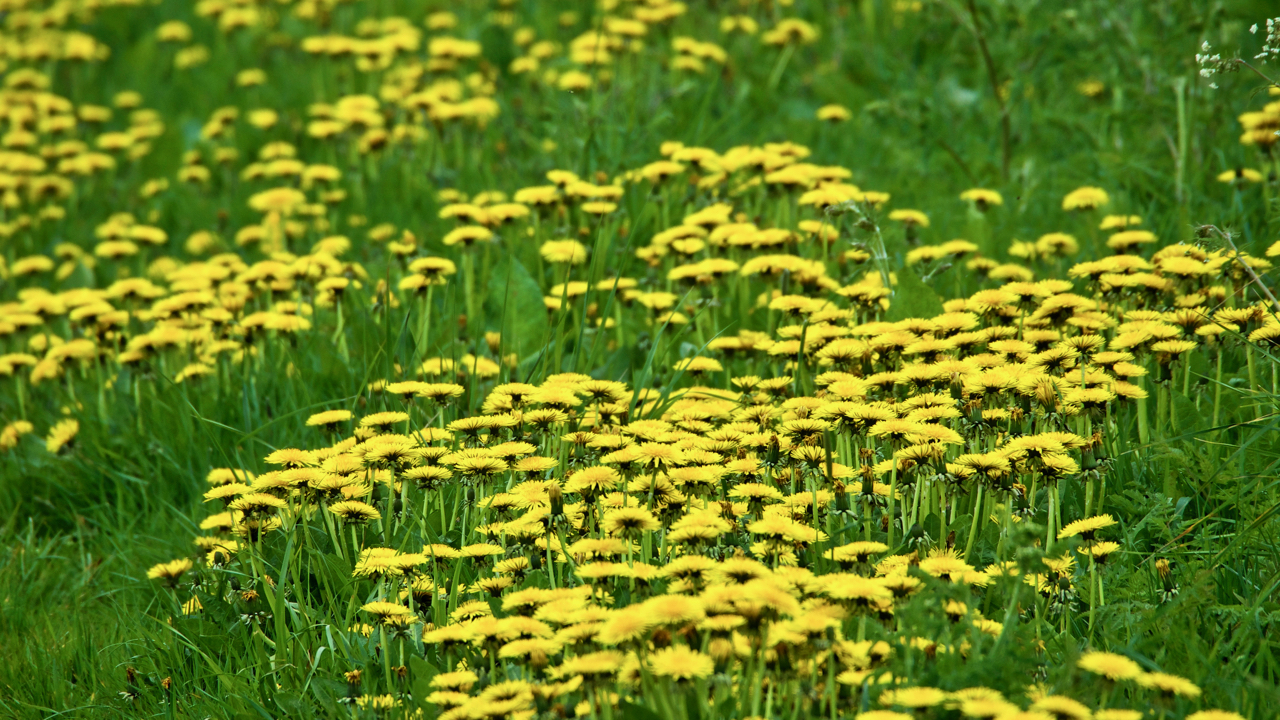 …
That floats on high o’er vales and hills,
When all at once I saw a crowd,
A host of golden dandelions;

Apologies to William Wordsworth and I must admit the rhyming doesn’t work but to me, the profusion of dandelions on roadside verges at this time of the year is just as good as daffodils and last much longer, daffs flowering for a very short period. Dandelions have long been demonised as one of the most invasive of weeds but they flower earlier and are much richer in pollen and nectar than other spring flowers. They are therefore an essential food source for bees and other insects, such that gardeners are encouraged not to pull them up and to delay grass cutting until well into Spring when other flowers are coming into bloom.

I remember me mam saying picking dandelions will make you wet your bed. Indeed a common folk name is “piss-a-bed”, this may be because of its diuretic effect. In fact, the name comes from the French dent-de-lion, meaning “tooth of a lion”, a reference to the shape of its leaves. The roasted root is often used as a substitute for coffee, quite good apparently but maybe not one for a bedtime nightcap.
 Open Space Web-Map builder Code