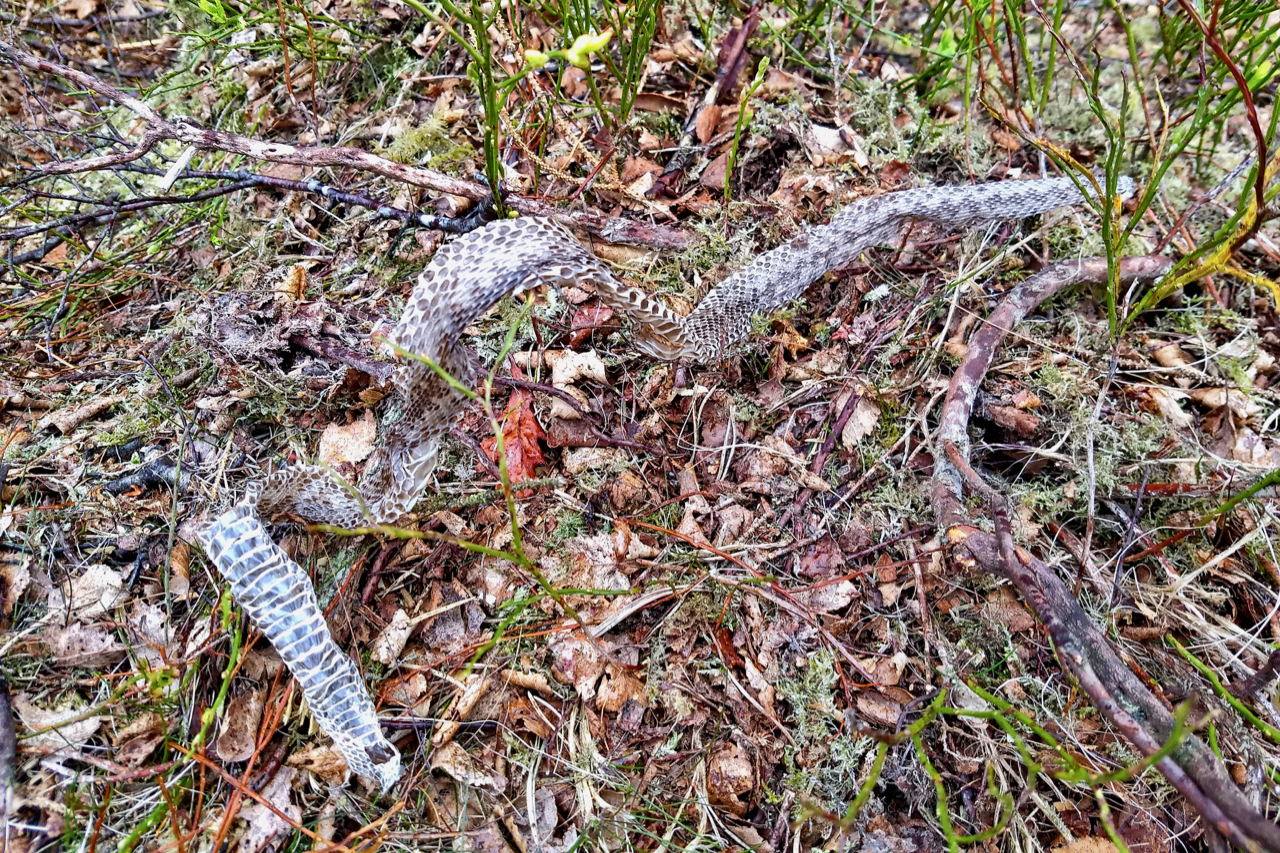 On Bridestones Moor near Dalby Forest. Find of the day a sloughed or shed skin of an adder, a process which snakes regularly need to do. Such a find would have once been of some value as it was believed that it had healing powers. Cast off snake skins were once used by labourers as hatbands and as late as the 19th-century there was a man who routinely sat on the steps of King’s College, Cambridge selling skins a cure for headaches.

It was also used to fight off infection and as a cure for sepsis. James Orchard Halliwell-Phillipps writing in 1852 in his “A Dictionary of Archaic and Provincial Words- obsolete phrases, proverbs, and ancient customs, from the fourteenth century” describes a skin’s use in removing a splinter:

Take a piece of the slough of an adder, and tye it to the wrong side of the finger that is prickt with a thorne, it will open the orifice that you may pluck it forth.

Each district seems to have its own name for Vipera berus, as well as adder we can find, nadder, nedder, nether, edder, ether, heddir and hether and no doubt many more. Frank Elgee wrote that in the North York Moors the snake is called a hag-worm but confusingly this name has also been associated with slow worms.
 Open Space Web-Map builder Code