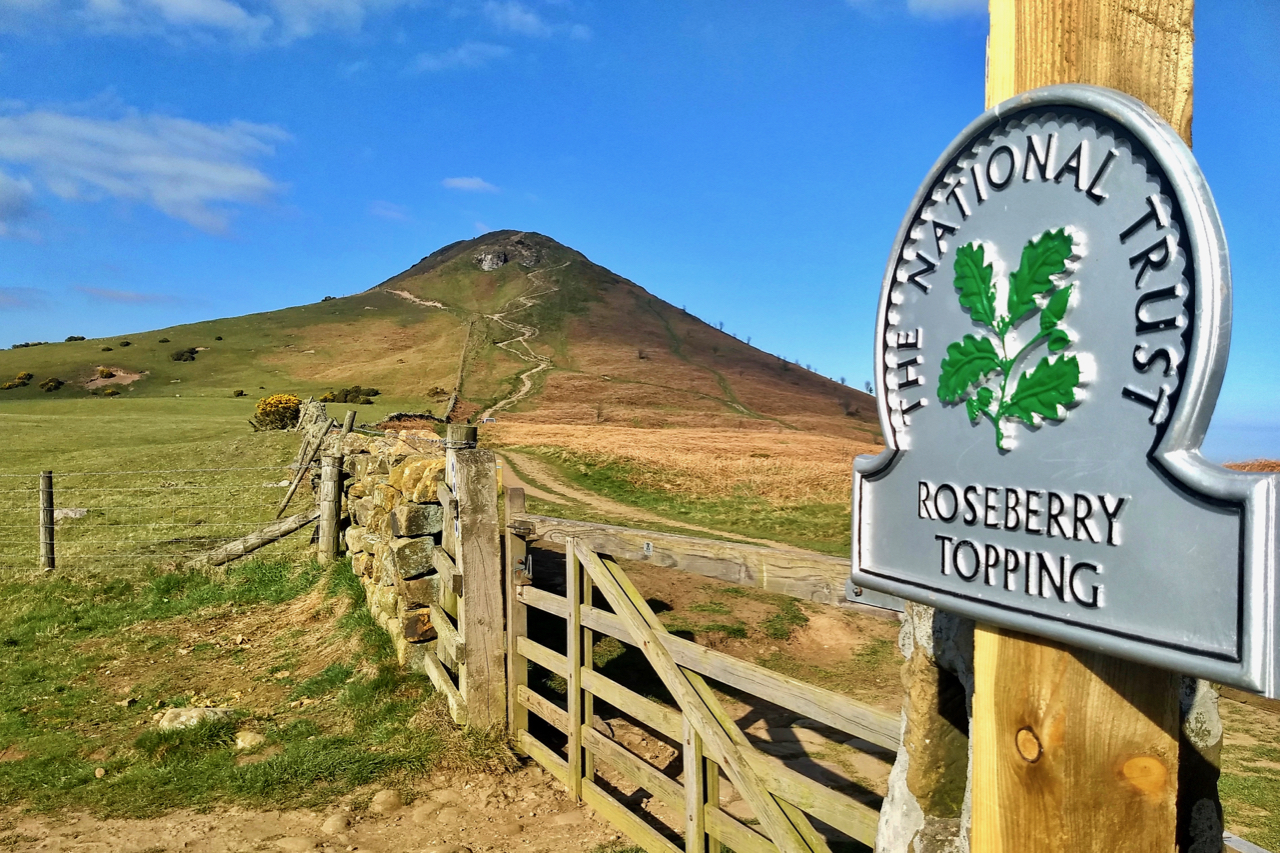 There’s always been an omega sign, the classic National trust design, at the end of Aireyholme Lane on Roseberry Common but the angle on which it had been erected did not give a clear view with the Topping as a backdrop. So when, a couple of weeks ago, I was tasked, as a National Trust volunteer, to re-erect it on a new post as the old one had rotted I took the opportunity to align the face better. Et voila.

The distinctive oak leaf symbol on the sign dates back to 1935 and came about as a result of a competition in which the public was asked to design a logo. A £30 prize was offered. Although 109 designs were submitted, none was thought acceptable so the competition was rerun by invitation to a select group of six artists. I bet the 109 previous entrants felt cheated. The winner was Joseph Armitage, an eminent artist whose other works included decorated carvings in Windsor Castle, the Bank of England, and South Africa House.
 Open Space Web-Map builder Code