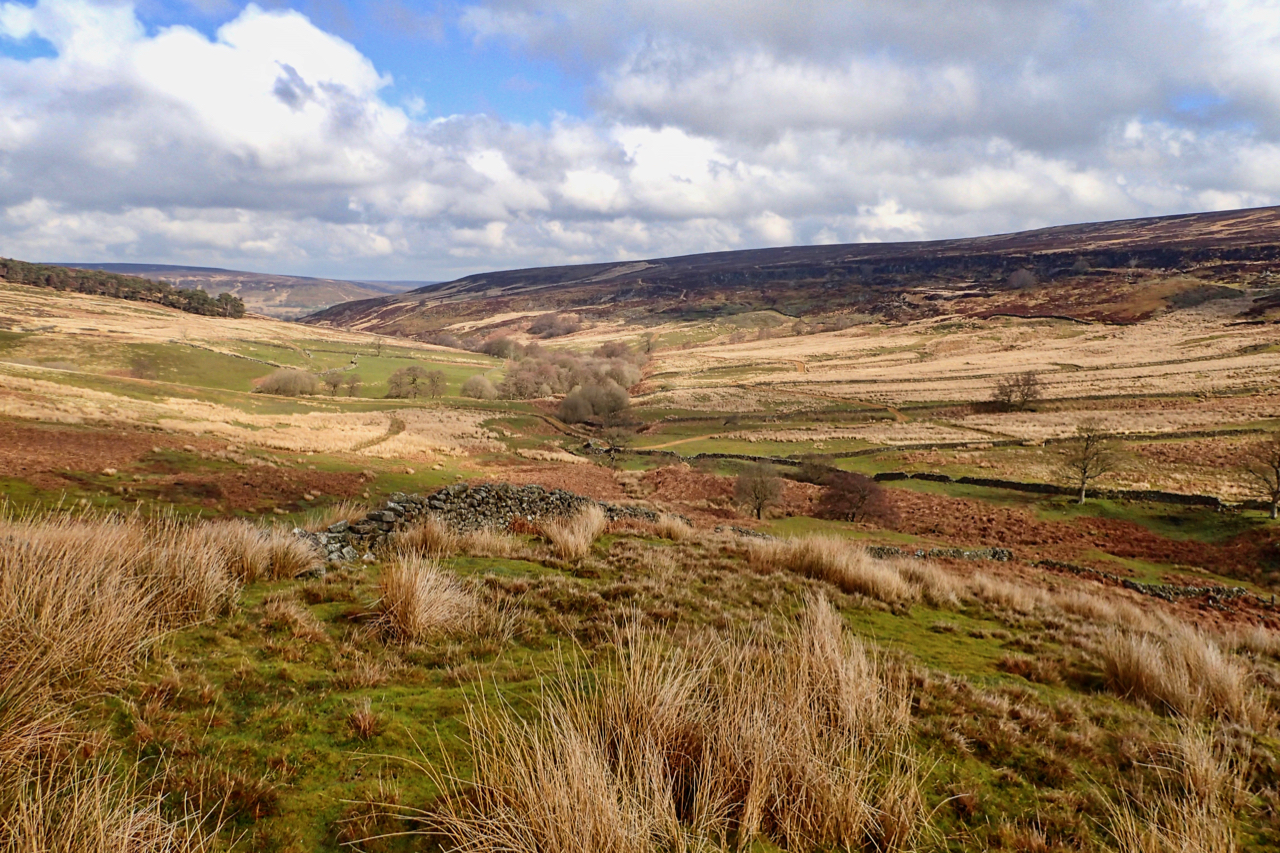 The very upper reaches of the River Esk, an island of old improved land surrounded by moorland. Land which somehow managed to escape being classified as Access Land under the Countryside and Rights of Way Act 2000 even though it was last farmed in the 1950s. Activity now seems to be devoted to the grouse shooting industry with very active gamekeepers. I was observed throughout my visit, something I found very intimidating.

The word ‘Esk’ is probably Celtic in origin originating from ‘Isca‘ meaning water or stream. Esklets doubtless means the watersmeet of many small becks and rivulets. It was first mentioned in the late 12th-century in a charter of Bernard de Balliol as one of three parcels of land in Westerdale that he granted to the Cistercian monks of Rievaulx Abbey. It was in all likelihood already an established settlement and would have been used as a grange or home farm for the production of grain for the needs of the monks in bread and ale. In return for his generosity, prayers would have been said for the soul of Bernard after his departure from this earth. In the late 18th-century there are references to three farms at Esklets but this had reduced to one a century later.
 Open Space Web-Map builder Code