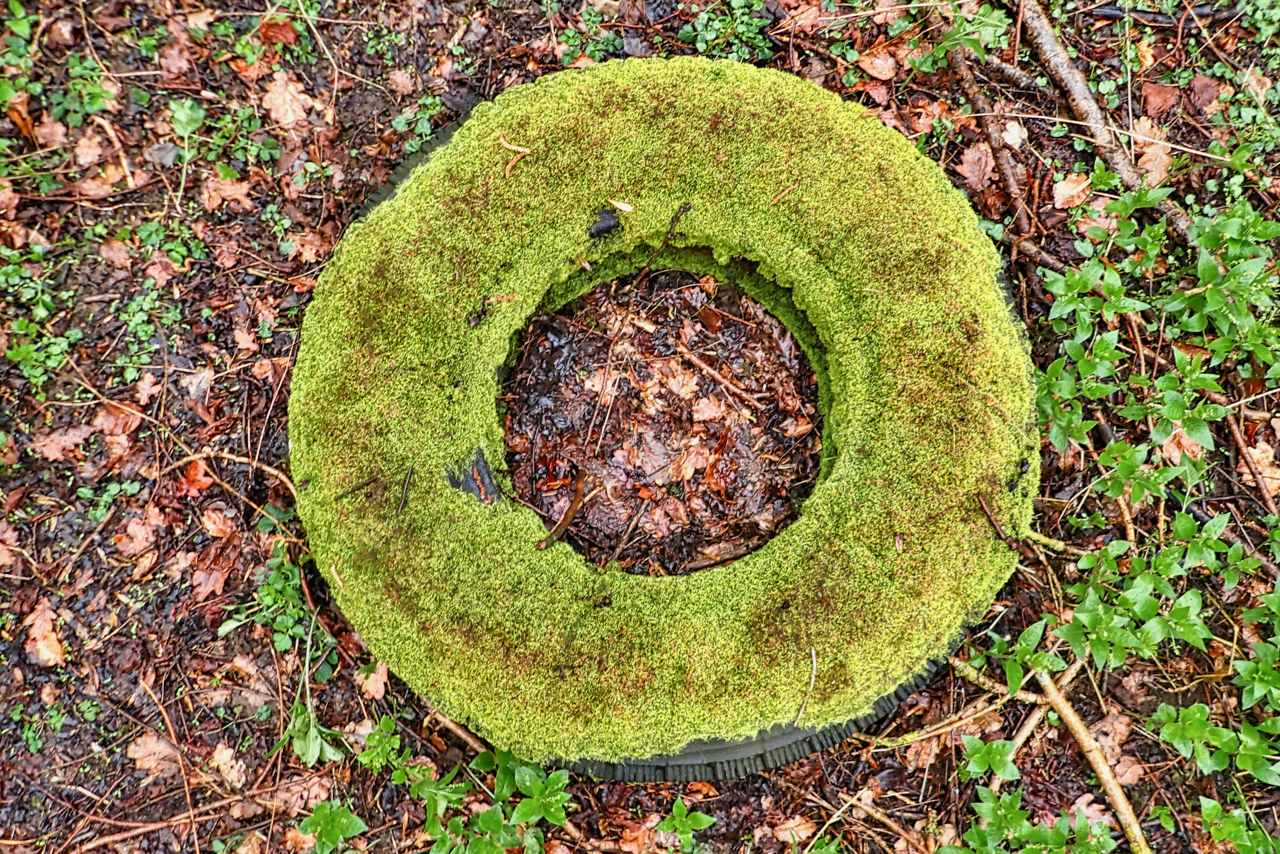 Woke up this morning to wind and solid rain with no reprieve forecasted. Inspiration found me in a tweet by Robert Macfarlane. A piece of music by the Norwegian composer Edvard Grieg is titled “Skovstilhed”. It’s his Opus 71 no. 4 and is translated as woodland peace. Macfarlane describes it as the calmness of spirit brought about by being among trees. So a plan for my morning constitutional: keep off the tops and explore the woods.

I came across this moss covered tyre in Slack’s Wood, once an old whinstone quarry. Tyres are ubiquitous in the countryside. Often re-used as weights to hold down tarpaulins on farms. This one is from a commercial vehicle such as a lorry and looks quite a weight. Whether it’s an actual relic from the quarry which closed in 1926 is beyond my knowledge. Tyres can be recycled, shredded they have been used in asphalt pavements, aggregates in concrete and other many products, and controversially as a mulch in gardens. In other parts of the world, buildings have been constructed made directly using old tyres. But left to rot, dumped tyres are non-biodegradable and indeed the rubber compound is formulated to specifically decrease the ageing process. However, these chemicals are toxic and will eventually leach out contaminating the surrounding ground. Micro-particles of rubber from car tyres will end up in the seas as an ingredient of the “plastic soup”.