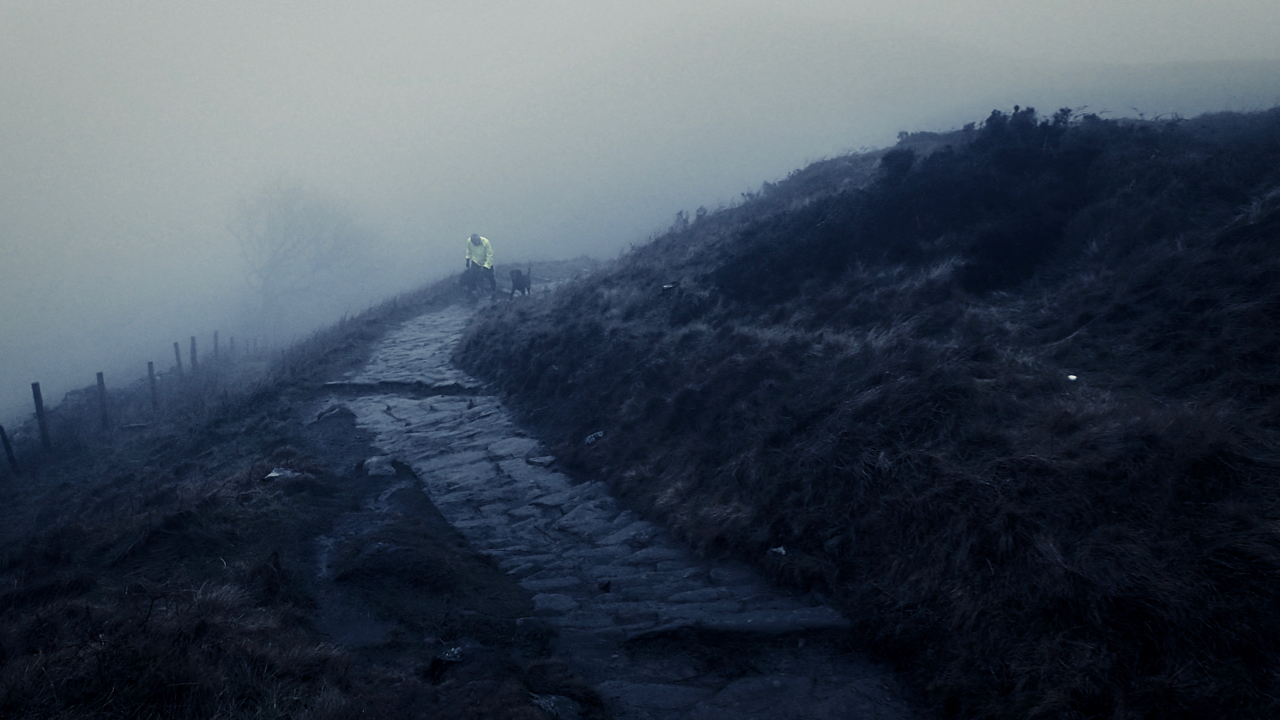 … up here on Cloud Nine.

But the system falls down when you can’t see the sky, when it is obscured by fog or falling snow. It is then said to have an okta value of nine. Cloud Nine has also come to mean being in a state of drug-induced euphoria. When the 1960s Motown group The Temptations sang about “doing fine on Cloud Nine” they categorically denied it was about drugs but about escaping from the problems of extreme poverty and deprivation. You can tell what musically influenced my teenage years.

Descending Little Roseberry in cloud nine. A claggy, miserable morning, but surprisingly this was the third group of runners I came across.
 Open Space Web-Map builder Code