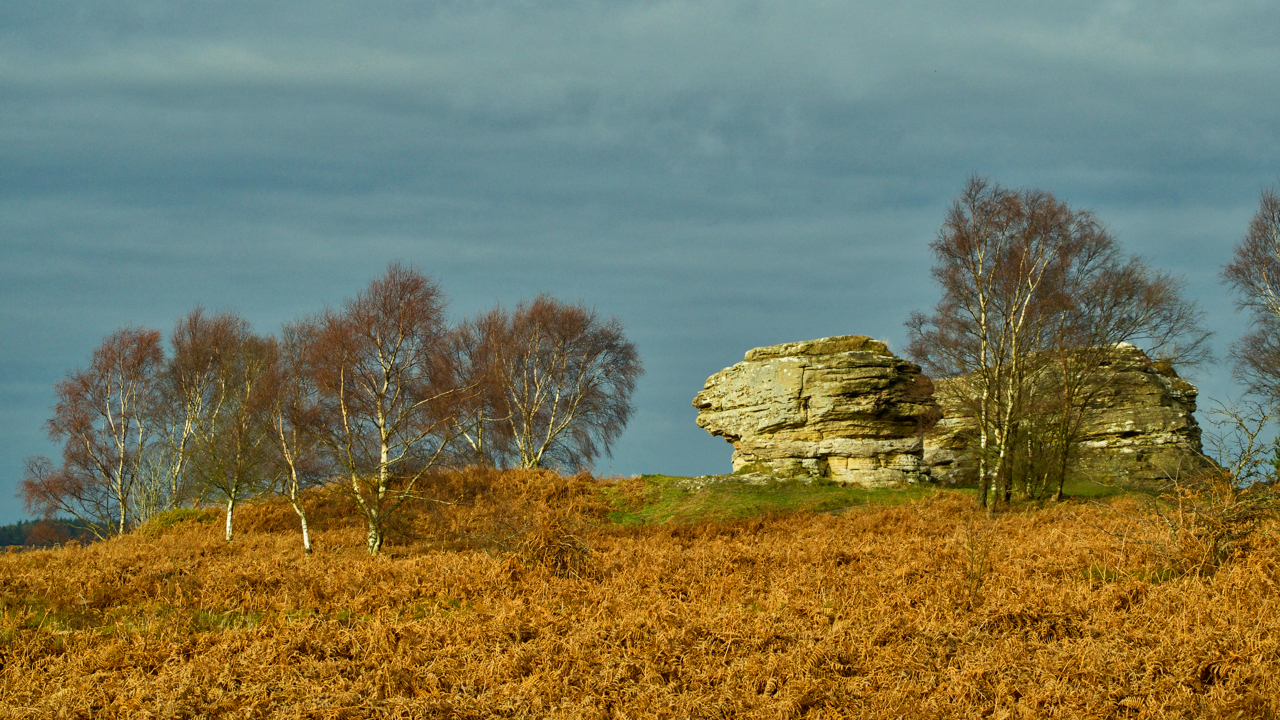 You might believe these squat sandstone stacks
were laid down in seas long ago
when dinosaurs ruled the earth.
Their curious shapes
the result of the wind and the rain.

But A.J.Brown* suggests
it was Wade who placed them
during a game of duckstones.
Now, this is not so unfeasible,
for Wade was a giant
who is renown for scooping out
the Hole of Horcum with his bare hands
and creating Blakey Topping
when he dumped the spoil.

So just playing the old Yorkshire game
of throwing stones to knock
a small stone off a larger one
from some distance away,
would be so easy peasy.

But then where do the tiny fossils
of crinoids and echinoids
buried in the rock come from?