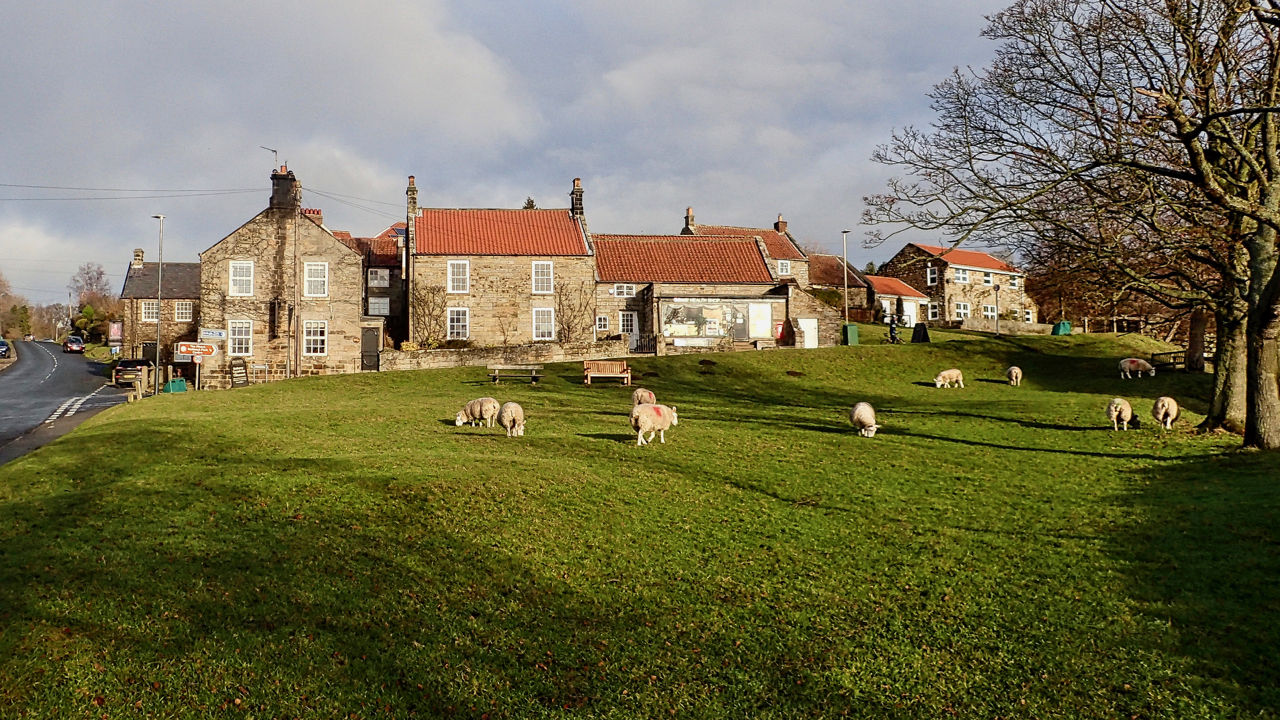 A peaceful rural village scene. Sheep grazing on the green at Danby. The gable end on the left belongs to the Duke of Wellington Inn. According to the inn’s website, it dates to back beyond 1765 and was originally called the Red Briar and later the Lord Wellington, presumably, after 1815 when he became a national hero after his victory over Napoleon at the Battle of Waterloo. During that war, the inn was used as a recruiting post by local regiments. When the Canon Atkinson (him again!) arrived in 1847 to take up his position as Vicar of Danby the hostelry was called the Wellington Arms and was ke[t by two sisters known “far and wide” as Martha and Mary. A later landlord was John Elwine who died in 1918, according to Tom Scott Burns. The Danby burial register records

“John Elwine (72 years old) many years at the Duke of Wellington.
Dale End, latterly scavenger on the roads.”

He must have fallen on hard times.
 Open Space Web-Map builder Code