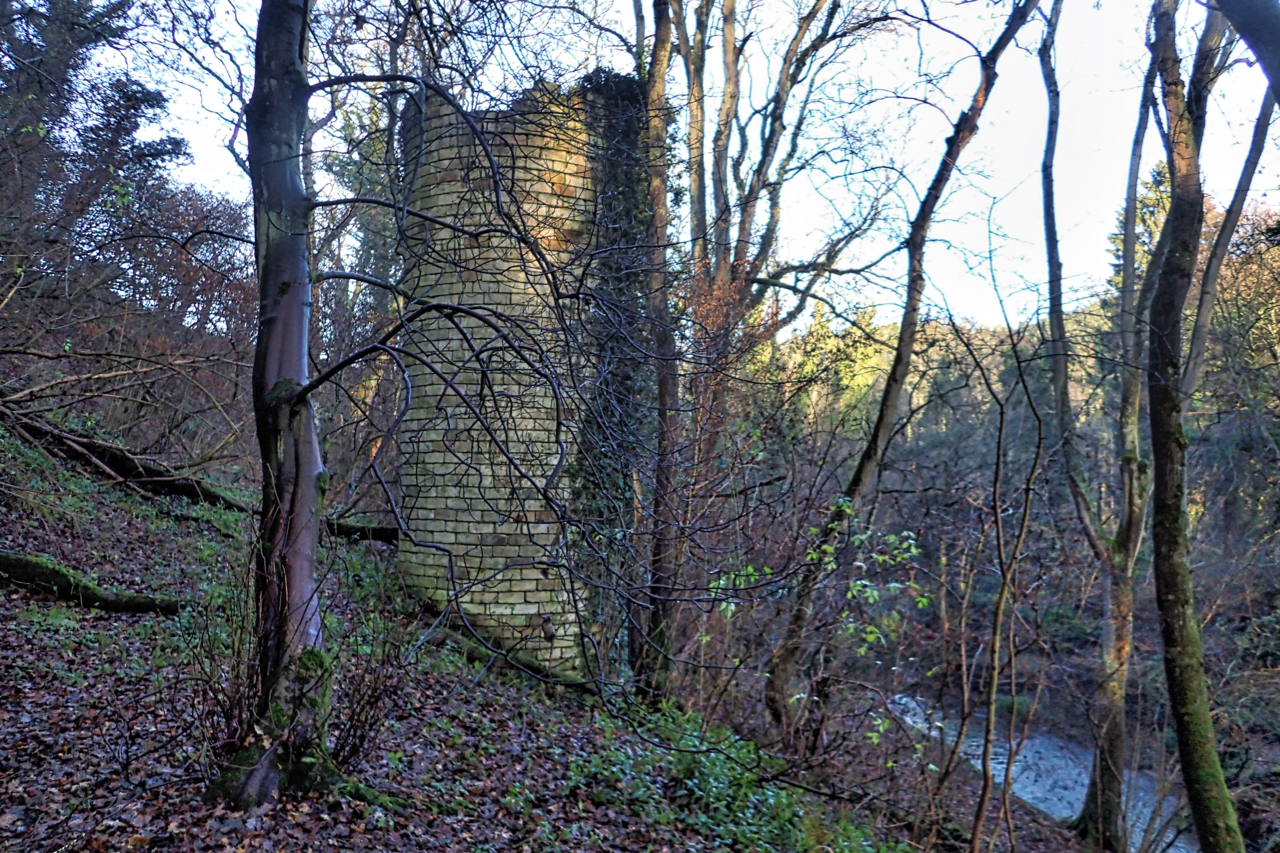 Hidden away on the steep wooded slopes of Tocketts Beck, a reminder of the Cleveland ironstone boom. A ventilation shaft with a tall, rather precarious looking chimney built to aid the updraft just above where a Public Footpath crosses the beck. The mine was a short-lived venture lasting for just nine years from 1880 although it was actually only productive for two of those years. The main shafts were 100m to the west of Tocketts House (the current kennels) where two shafts were constructed. Perhaps the most intriguing groundworks was a mile and three quarters long standard gauge branch from Chaloner Mine. This required two wooden viaducts over Howl Beck, Redcar Road and Wilton Lane, the latter having to be diverted. Very little remains of this branch line. After the mine was abandoned, a connection was made to the Upleatham Mine and some stone from there was extracted using the Tocketts shafts.

Up to about 5 years ago, the Public Footpath crossed the beck by a wooden footbridge but it was washed out during the flood and has never been replaced. The crossing today was made using a very old tree trunk sur cheval style.
 Open Space Web-Map builder Code