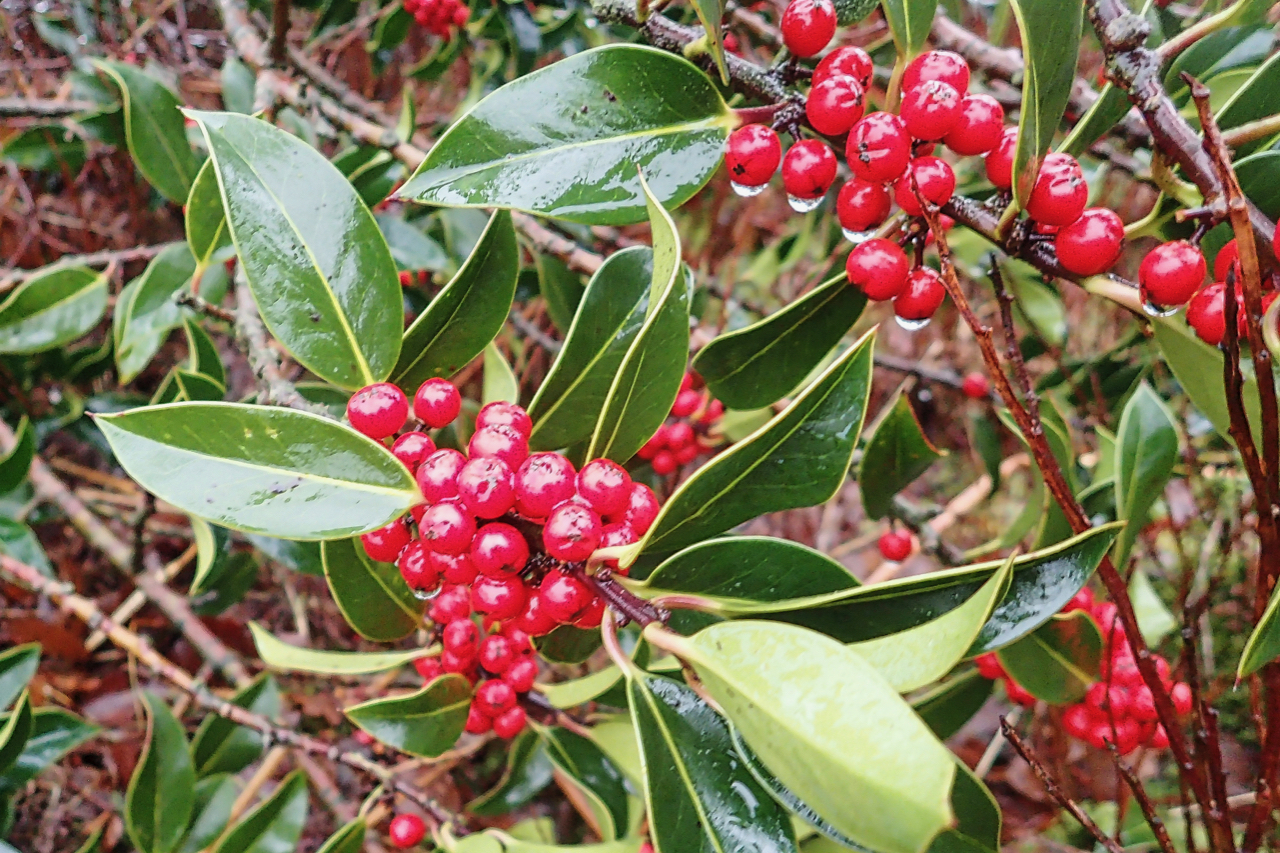 On shrub clearance on Bridestones Moor and a large holly tree is amongst the casualties. Oh dear, it’s considered bad luck to fell a holly tree. But I didn’t actually fell it. The cutting of boughs to deck the halls is acceptable as is pollarding for use as winter fodder. Very nutritional apparently. Which leads me on to ask if you have noticed anything odd about the holly in the photo. No, it’s not the profusion of berries, which is supposed to foretell of a harsh winter. It’s in the leaves. They have no prickles. The holly’s prickles grow as a defensive response to being grazed. So above grazing height, the leaves are prickleless. In hedgerows which are flailed, hollies think they have been grazed and grow very prickly leaves which is useful for stopping witches running along the tops of hedges. As they do.

The Celts believed the holly was linked to the winter solstice and holly branches were brought into the home to ward off evil spirits during the long dark winter nights. The tree was one of the symbols of Roman midwinter festival, Saturnalia, representing immortality. Boughs of holly were given to each other as gifts to bring good fortune. These are likely where its modern use as a Christmas decoration originates from. In Germanic mythology, the holly was associated with Thor, the god of thunder and was said to provide protection against lightning strikes, so it was often planted close to a house. And of course, holly was used as a key composite in Harry Potter’s wand.

And finally some holly poetry, by King Henry VIII no less

As the holly groweth green
And never changeth hue,
So I am, ever hath been,
Unto my lady true.

As the holly groweth green
With ivy all alone
When flowers cannot be seen
And greenwood leaves be gone,

Now unto my lady
Promise to her I make,
From all other only
To her I me betake.

Adieu, mine own lady,
Adieu, my special
Who hath my heart truly
Be sure, and ever shall.

Now, I wonder which wife was he writing to?