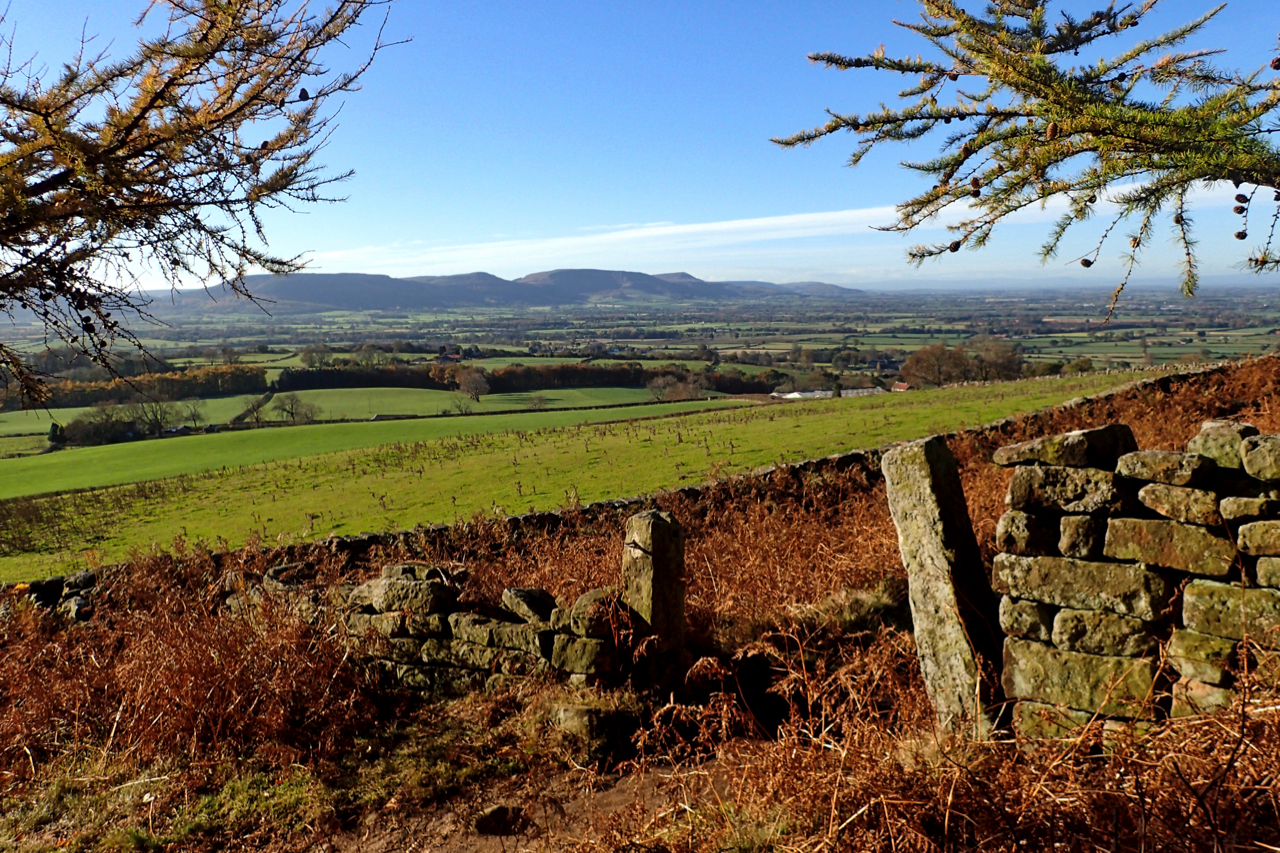 The Cleveland Hills always look good after a few days away.

Cleveland is, of course, a very old name. It was first recorded as Clyveland in the 12th-century and derives from the Old English word ‘clif‘ for a steep, rocky slope or cliff. It’s hard to imagine a more appropriate name.

But the name was hijacked in 1974 when the non-metropolitan county of Cleveland was created comprising the boroughs of Middlesbrough, Stockton-on-Tees, Hartlepool and Redcar. For some reason, the post office decreed that the postal addresses of North Yorkshire villages lying within the shadow of the Cleveland Hills were to be ‘Middlesbrough, Cleveland’ and this remains so today even though the County of Cleveland was abolished in 1996. It doesn’t exist anymore. Someone tell the Post Office, please.
 Open Space Web-Map builder Code