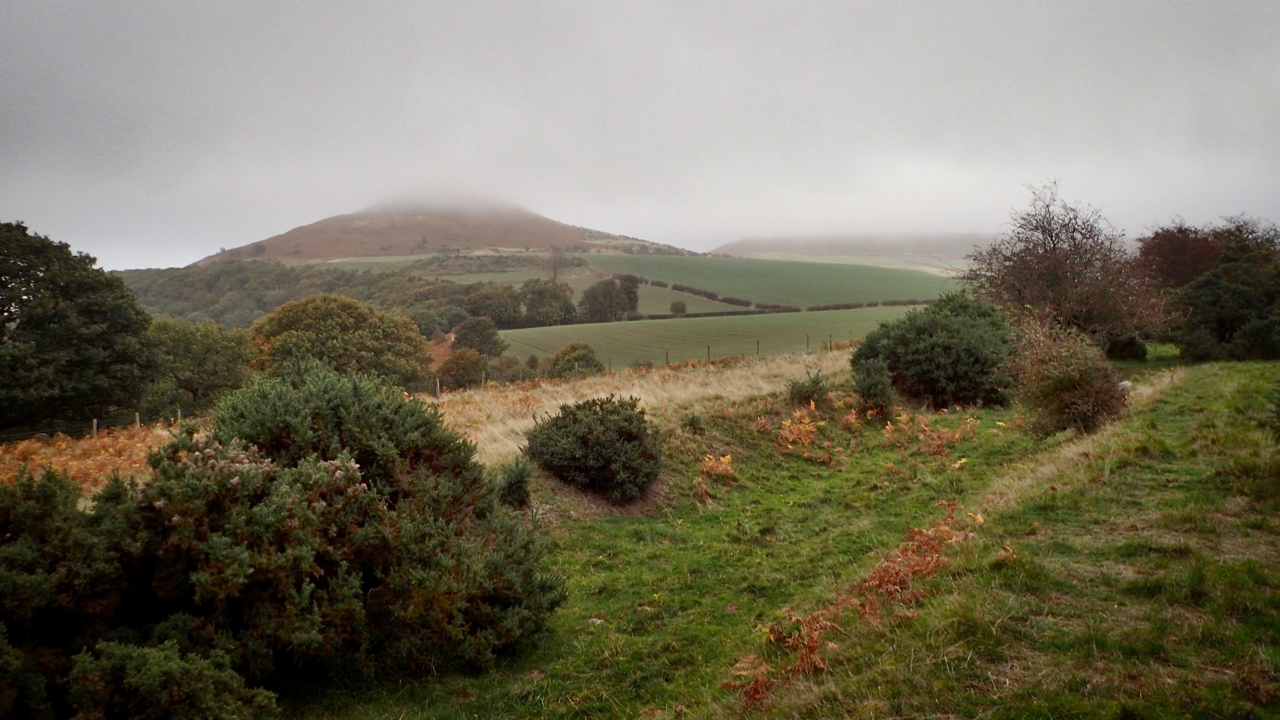 Towards the weste there stands a highe hill called Roseberry Toppinge, which is a marke to the seamen, and an almanacke to the vale, for they have this ould ryme common,

So wrote an ‘H. Tr.’ in a letter to Sir Thomas Chaloner around the turn of the 17th-century. It was printed in the book The Topographer and Genealogist Volume II, dated 1853.

Well, there was no thunderclap today. Not even drizzle. The old rhyme failed. In fact, the low cloud had cleared by lunch and there were blue patches in the sky, by which time I was back at home.

For those interested in industrial archaeology, the cutting in the foreground is the old narrow gauge tramway from the Roseberry Ironstone Mine to the sidings of the standard gauge of the Great Ayton Branch Railway via an incline down through Newton Woods.
 Open Space Web-Map builder Code