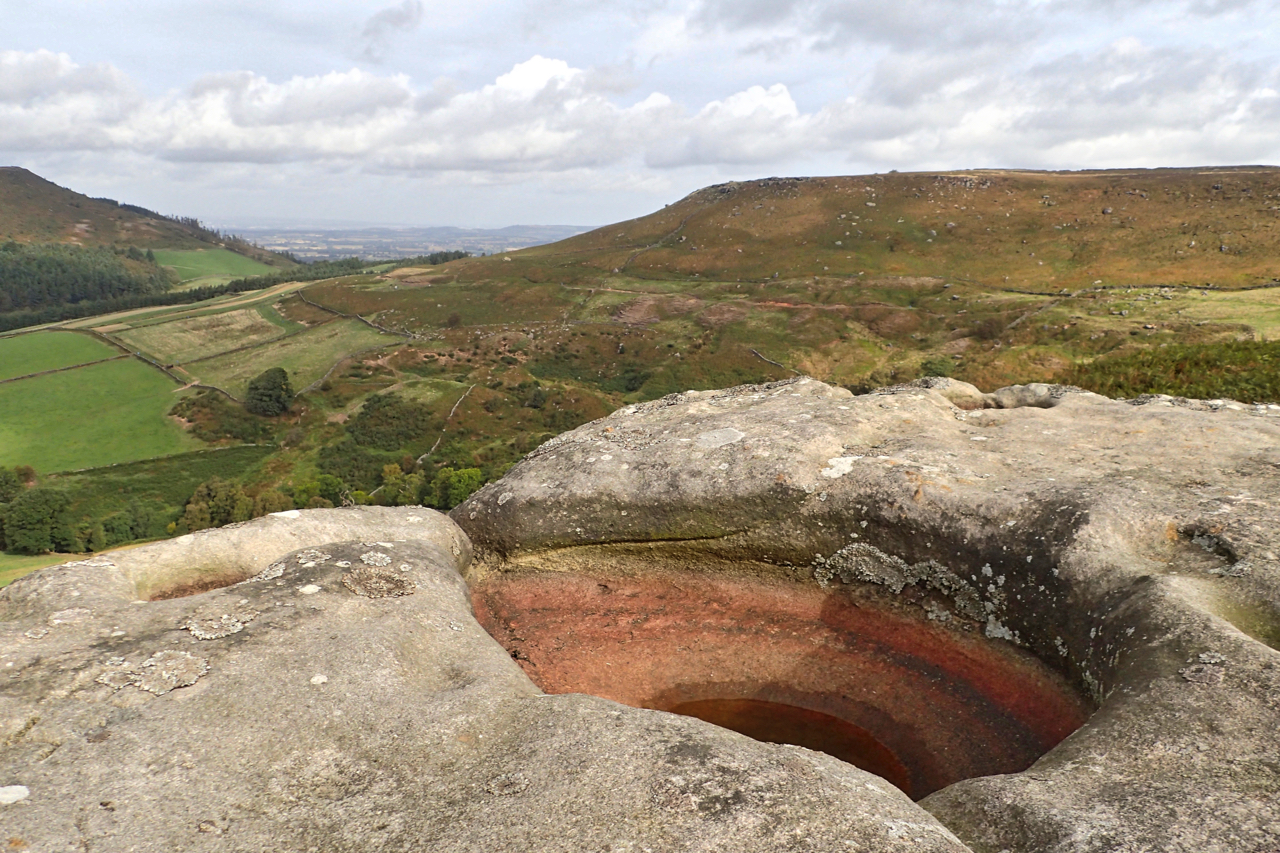 And a fine view it is on a lovely morning. So easy to pooh-pooh the dire weather forecast. The large basin on the flat sandstone top does not look natural but no doubt it is. And judging by the rate of erosion of prehistoric rock art on sandstone boulders elsewhere on the North York Moors it would have already been substantially formed when early man stood on this rock surveying the wooded valley below. Perhaps taking a break from building the prehistoric earthwork Urra, or Billy’s, dyke, just a few metres up the slope.

In other parts of the country rock basins and holes like this have become part of the local folklore. On Seil, an island near Oban, there is a rock basin which has a custom that it must be filled with milk in the Spring otherwise the fairies would see that the cows gave no milk that summer. Nearer home in the Pennines, there are traditions of milk being left out in so-called Dobbie stones for the spirits to watch over the farm. Other similar stones have names relating to fertility and witches implying some forgotten ritual meaning. I know of no such customs for this stone. Perhaps any have long since died out.
 Open Space Web-Map builder Code