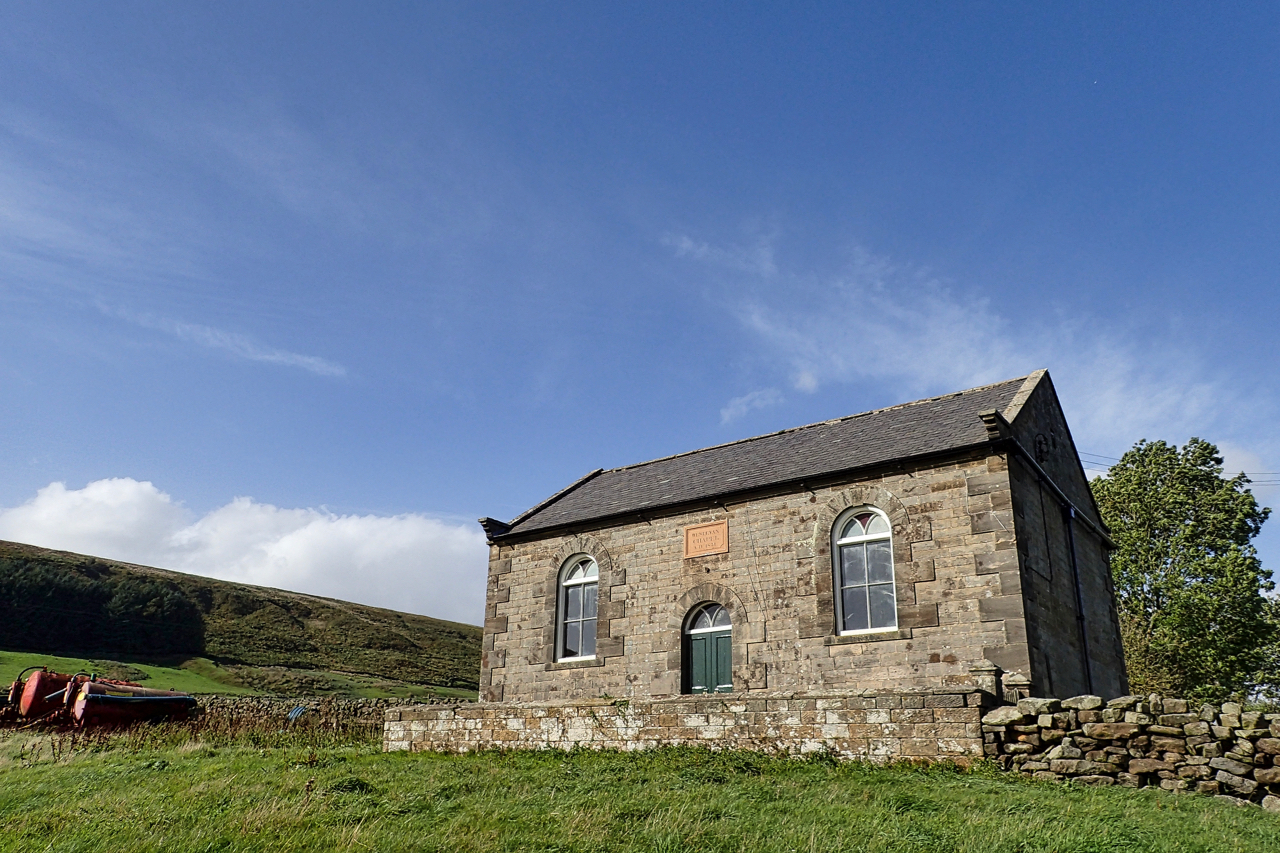 Since the Elizabethan Religious Settlement in the late 1550s, the Church of England had been the official church in England. By the 18th-century new dissenting religious societies had begun to emerge who refused to adopt Anglican principles and practices. John Wesley, an Anglican priest, with his brother Charles led a Protestant evangelical revival. He began by preaching to factory workers and labourers in open-air services, an unconventional practice. At first, Methodism remained within the Church of England but after Wesley death in 1791 it gradually moved into its own independent identity. Wesleyan Methodism flourished in the 19th-century and the remote dales of the North York Moors proved particularly fertile for the movement in spite of established churches in most dales. The datestone on this chapel building in Bransdale is 1831. It is a simple building, humble and unadorned, but sturdily built of local stone. Other chapels were less durable, Fryup Dale had a tin chapel which blew down twice before being abandoned. Today this Bransdale chapel is owned by the National Trust but is in great need of repair. It is used as a store for building materials.
 Open Space Web-Map builder Code