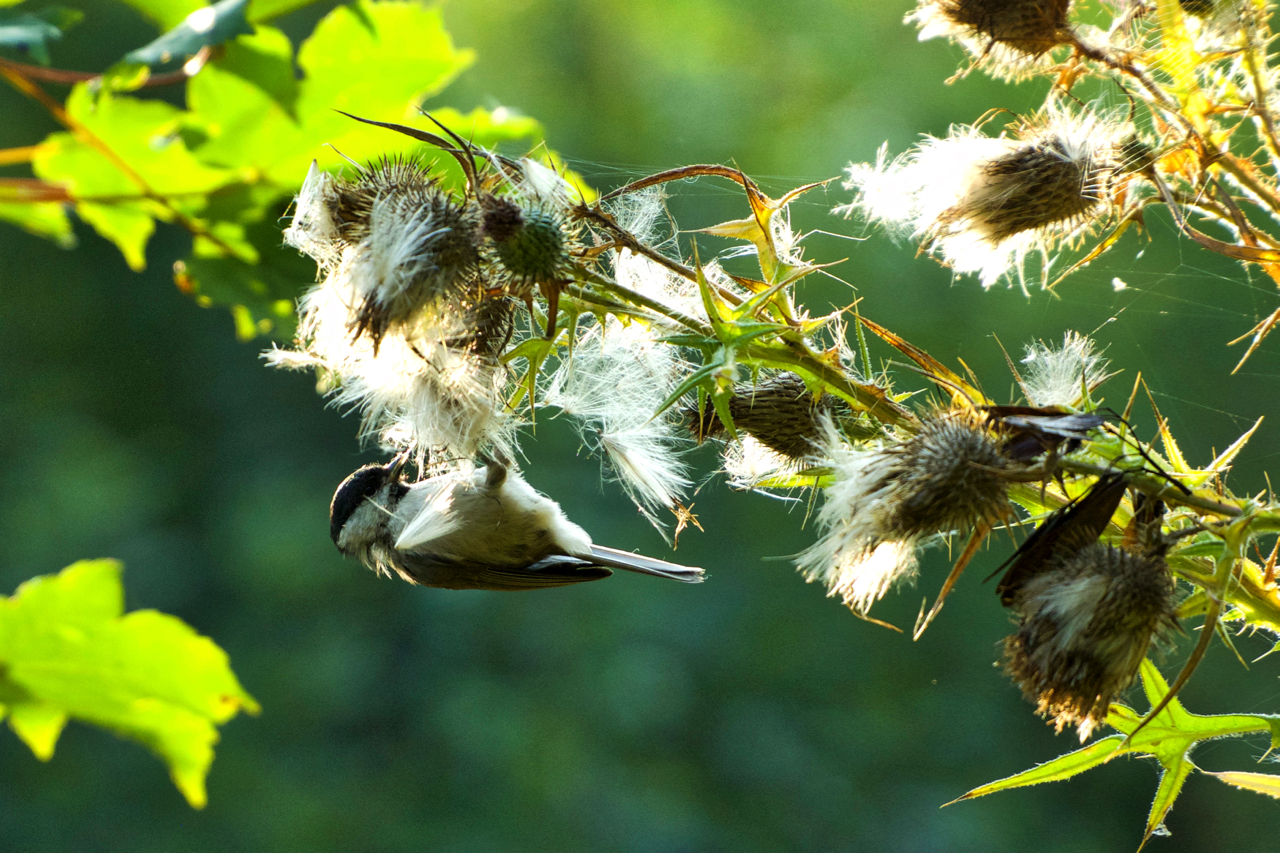 An early stroll in the sunshine with the dog.

This little tit caught my eye, performing acrobatics on the downy seed heads of a thistle.

It didn’t stay long before dashing off only to return a moment later; repeated this several times in the brief period I watched. Constantly on the go.

Perhaps it was feeding on the thistledown seeds or maybe on the spiders and insects, then hiding them in a cranny to be eaten later. Coal tits are small birds with low-fat reserves, so they do store food to prepare for any future shortages.

Resident all year, common yet elusive. In winter they will join up with other birds, tits and finches into flocks. There’s safety in numbers, more eyes to watch for the sparrowhawk.
 Open Space Web-Map builder Code