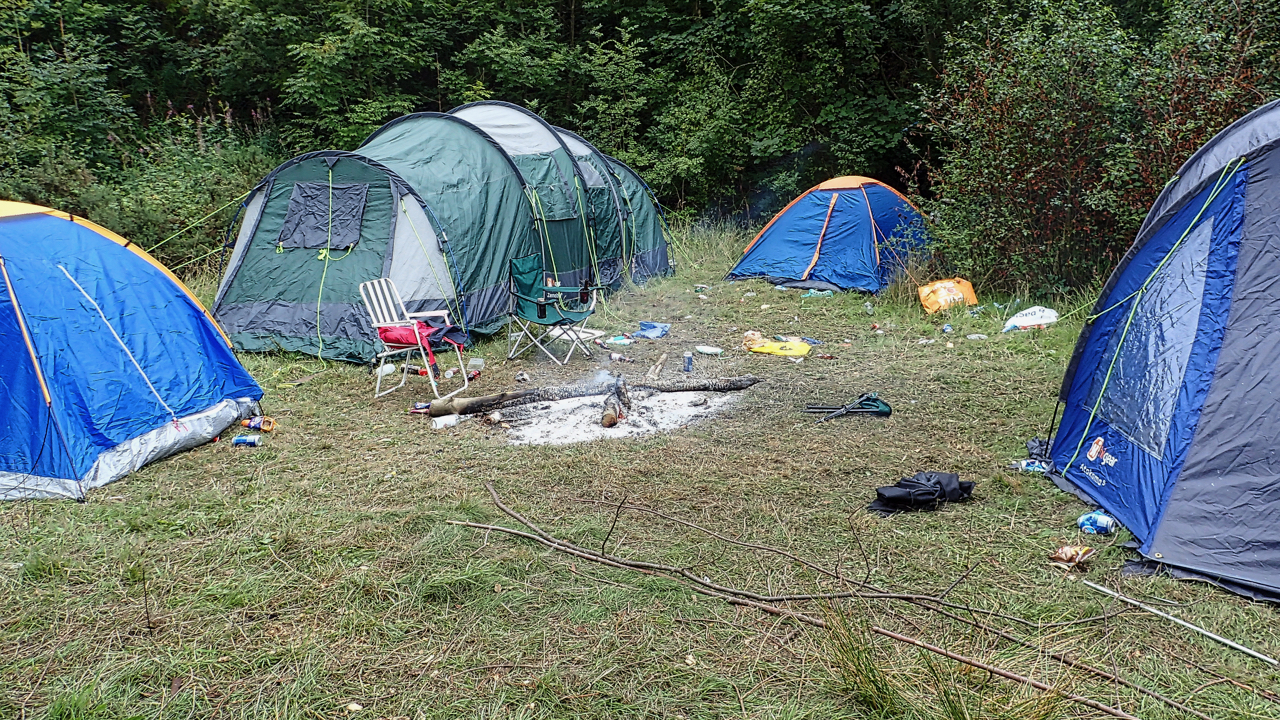 Out and about in Cliff Rigg Wood
early on a lovely fresh morning,
the start of the weekend,
but then I smelt smoke,
and then a red mist covered my eyes.

But maybe the tents won’t be torched, easier than packing,
the brown stuff on the baby wipes on the path is only just chocolate,
the woods won’t catch fire,
the bottles and cans will be picked up
and there will be no trace that they’ve been there at all.

So I won’t blame the kids, sleeping there like little cherubs.
Maybe their parents have not taught them respect,
as they flicked their fag ends out the car, and dropped litter in the street.
Is the Countryside Code not taught at school? Ah, no money for Outdoor Education.
So mobilise the army of Wombles, the site will be cleared. Yet again.

Two hours later, the happy campers are up and about.
But these are no kids, they’re adults who should know better.
Four families with very young tots, the next generation.
Are you finished for the day? Are you going to tidy up?
Aye, we’ll tidy up, don’t worry! Yeah sure.
 Open Space Web-Map builder Code