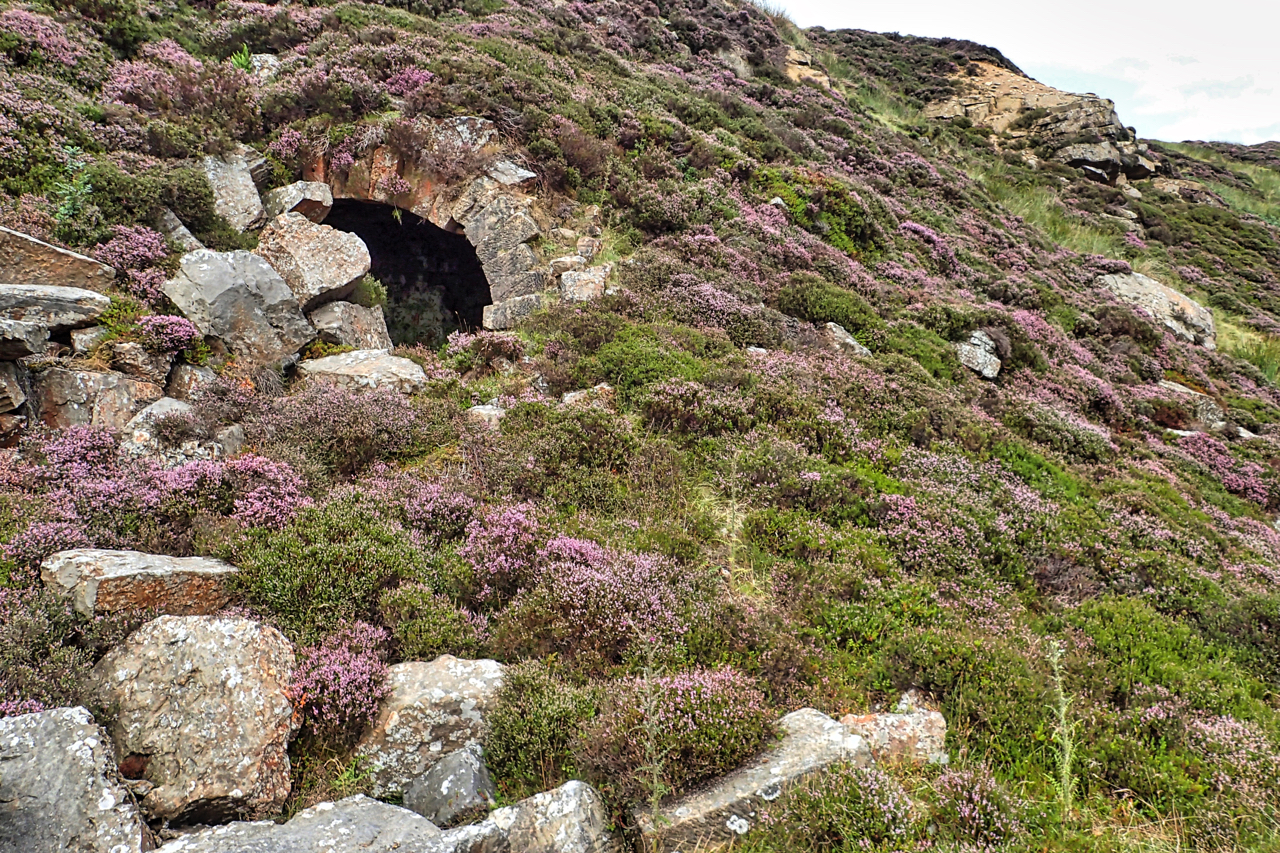 Armed with a six-digit grid reference I have twice tried to locate the remains of the Ingleby Manor Ironstone Mine, and twice failed. The grid reference I obtained from the Catalogue of Cleveland Ironstone Mines by Peter Tuffs, the guru of local industrial archaeology. It was with trepidation then to discover it was to be a control on a navigational exercise. In the event, I found it easily, fifty metres or so further south than I had originally searched on a unstable slope much broken by rockfalls and landslides.

The mine operated for just four years from 1856 working the 9″ thick Ellerbeck seam of ironstone. A branch railway was constructed from Ingleby Greenhow together with a 600 yard long incline coming into service in 1858. This branch line was later incorporated into the Rosedale railway which needed a new parallel incline to be built 600 yards to the north. Peter Tuffs in his book writes on “a stone arch, possibly being part of the brake drum”. I am not sure if this is the arch in the photo.
 Open Space Web-Map builder Code