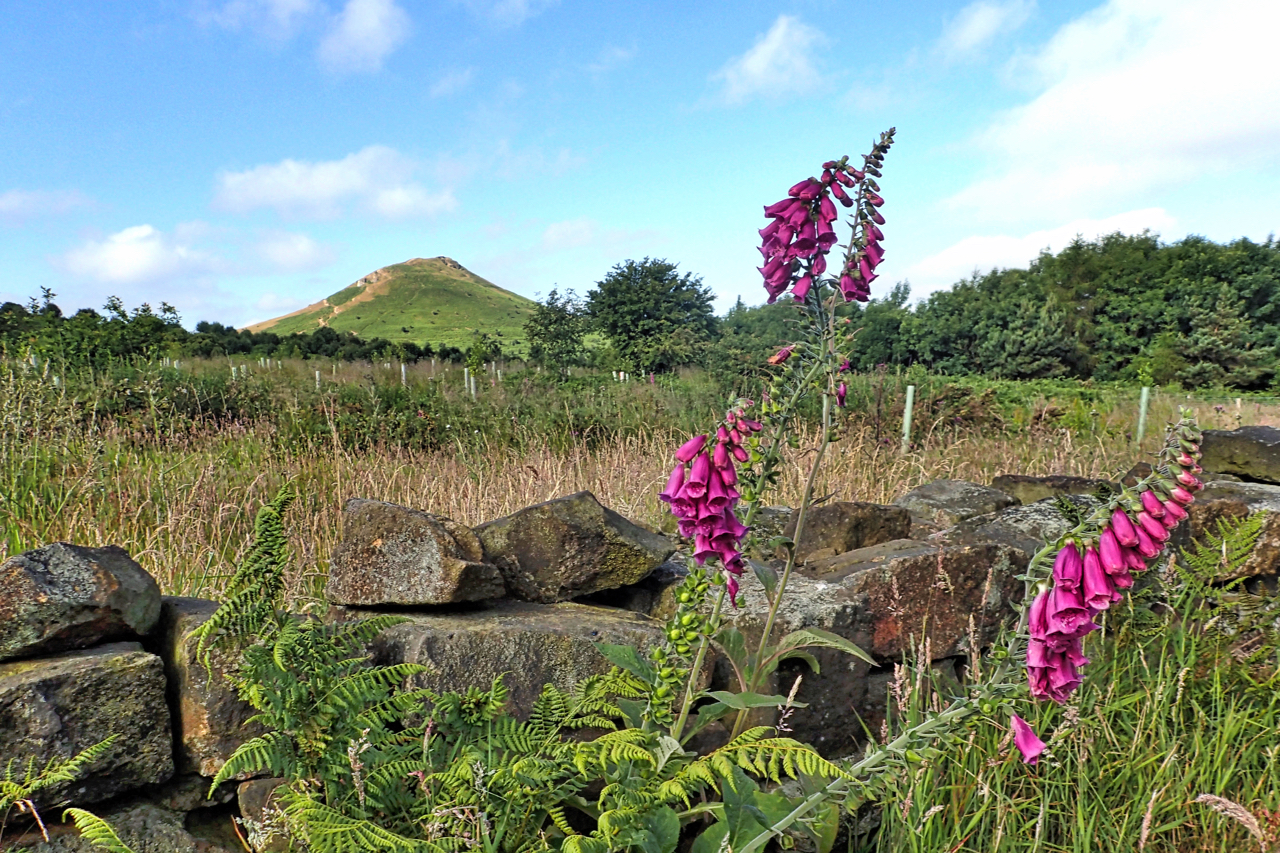 Have you ever heard of a more absurd name? Foxgloves, gloves for foxes! Foxes don’t have fingers so if anything it should be fox mittens. There are as many folk names for foxgloves as there are counties. Few refer to gloves and fewer to foxes. Bunny rabbit’s mouths, witches thimble, fairies petticoats, elf-caps, clothes pegs, flop-a-dock, lady-glove, king’s elwand, bee-hives, tod-tails, tigers mouth, Dead Men’s Bells, Bloody Fingers, Ladies Fingers. The scientific name, Digitalis, comes from the Latin digitus for a finger because it looks like a thimble which can be easily fitted over a digit. The thimble theme is present in many foreign languages: fingerbøl in Danish and fingerhut in German, both translate as thimble. Swedish fingerborgsblomma, and Finnish sormustinkukka, thimble flower. Vingerhoedskruid is Dutch for thimbleweed. My favourite? Well, I’ll always known them as foxgloves, why change a habit.
 Open Space Web-Map builder Code