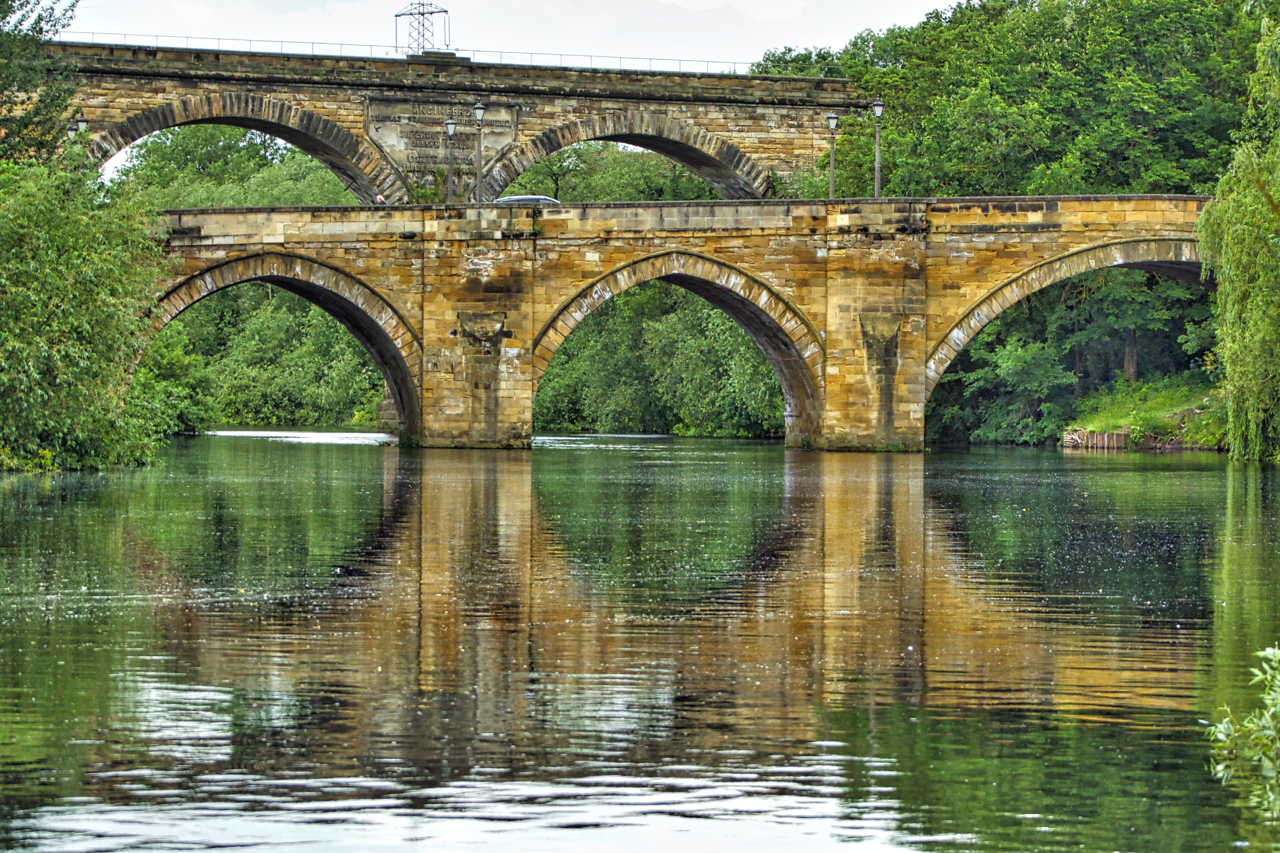 Until the building of the Tees Barrage towards the end of the 20th century, the River Tees was still tidal at Yarm. A wooden bridge existed in the 13th century and was replaced by a stone one in about 1500 thus ensuring Yarm became a strategic crossing point of the river and ensured the development of the town into the highest port on the Tees. Of course, the bridge was narrower then and incorporated a drawbridge across the northern arch.

Behind are two of the 43 arches of the viaduct built for the Leeds Northern Railway between 1849 and 1851. Designed by Thomas Grainger and John Bourne, the viaduct is 2,280-foot-long long and built with an estimated 7 million bricks but the section over the river is made of stone.

Both bridges are designated as listed buildings. The viaduct is Grade II, a building considered to be of special interest, whereas the road bridge is Grade II* a particularly important building of more than special interest. A distinction which is hard to fathom.
 Open Space Web-Map builder Code