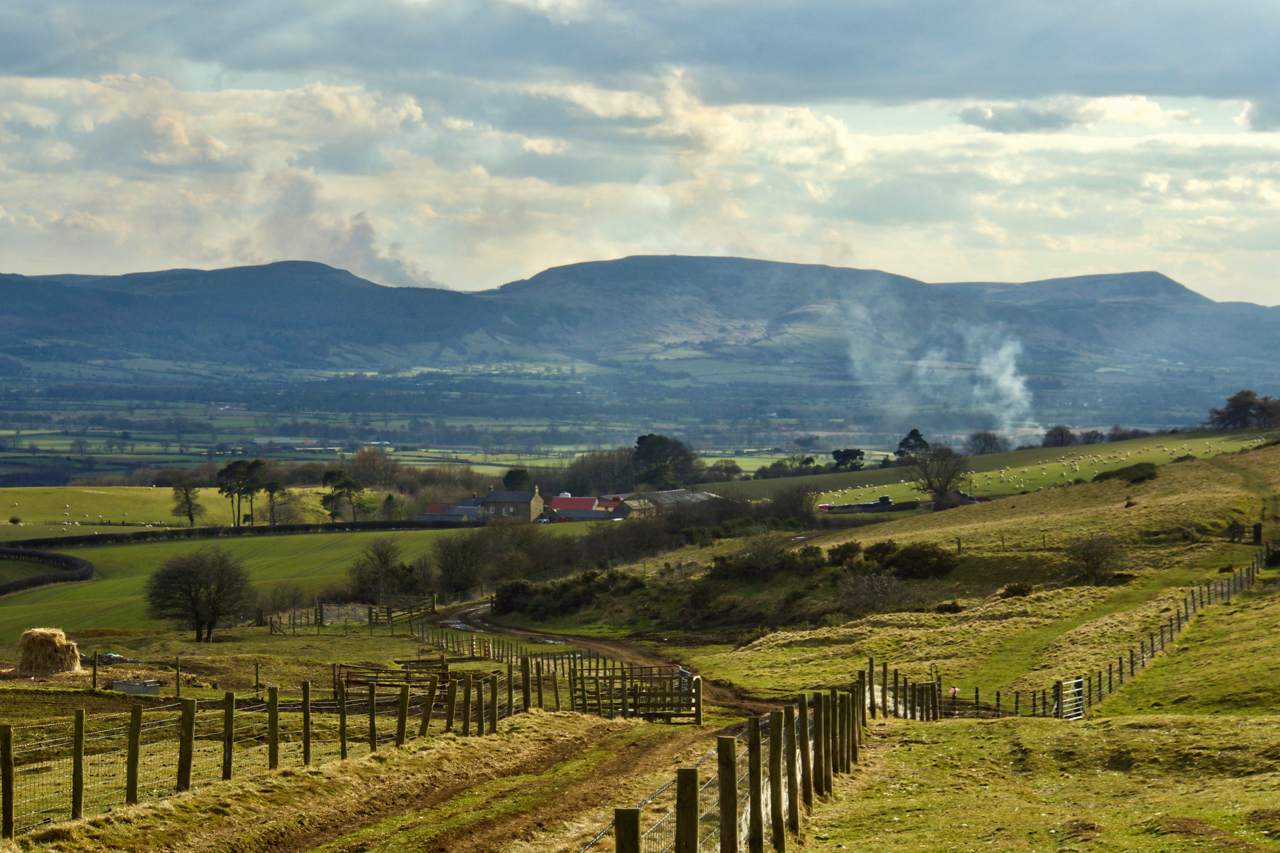 Approaching the site of the Roseberry Ironstone Mine on the south-east flank of Roseberry Topping. Late afternoon, finally spring feels like it has arrived and the fields are beginning to drying out. The buildings, clad in corrugated steel, were located in the field on the left, with the bale of hay. Their concrete bases are still there, slowly being buried by years of nettle growth and sheep droppings. The drift was to the right of the lane, in the shadowy gulley topped by a hawthorn bush, its entrance now blocked by farming debris, old fencing and posts and so on. Operations started in 1871, closing in 1887. The Tees Furnace Company reopened the mine in 1906 to supply their furance at Lackenby. At its peak, 200 men were employed. In 1931 an advertisement appeared in the Northern Echo, for the auction of all equipment and buildings, Roseberry Ironstone Mine was closed for good.
 Open Space Web-Map builder Code