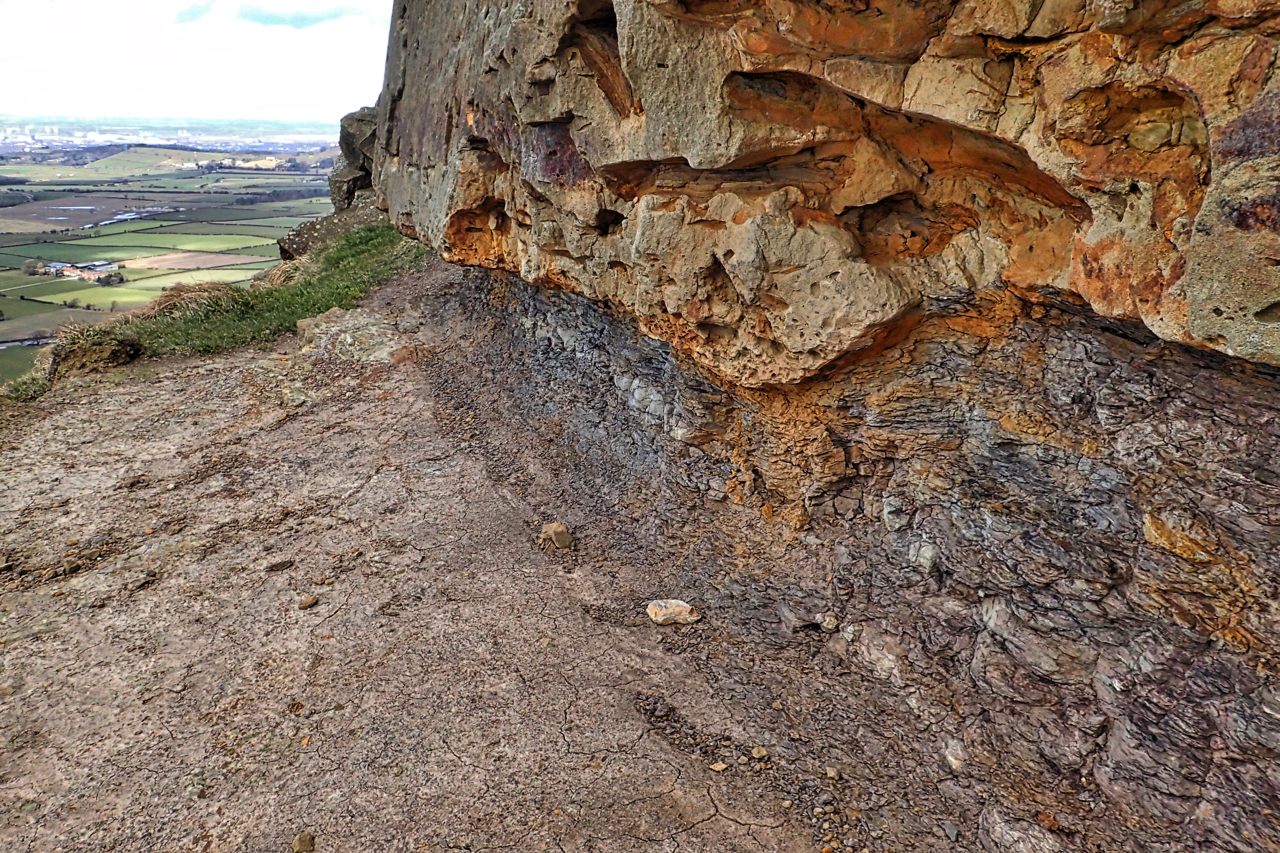 On this day, in 1769, William Smith was born in Oxfordshire. In later life, he moved to Scarborough and became known as the Father of Geology. But I jump too far ahead. He became a canal engineer and thus became very familiar with the rocks encountered in constructing cuttings for canals in the Midlands and the South of England. It is said that on a visit to York, from the top of the cathedral, he could see the chalk of the Wolds overlying the red rock of the Vale of York, a sequence he recalled which was the same as the rocks he knew in the south. From this observation, he went on to deduce that rocks were laid in layers with the lower rocks generally the oldest and that each bed of rocks had its own particular fossils, which are the remains of past lives and not, as were thought at the time, freaks. Extinction, he said, is forever so if two ‘strata’ of rocks had the same fossils, the rocks were of the same age, and if two similar looking rocks had different fossils they were of a different age. In 1815 he produced the first geological map of England.

So in recognition of William Smith’s birthday, today’s photograph is of the joint between two rock strata on Roseberry Topping. Both were laid down over millions of years in shallow seas and river deltas when Yorkshire was floating around on its tectonic plate around the latitude where Southern Spain is now. The upper hard layer is Saltwick Sandstone, a hard rock that comprises the familiar cap of the Topping. It has been quarried extensively for building materials. The lower greyer rock is Whitby Mudstone Formation, the top of a 260′ thick series of thinner bands of softer shales. The joint between the two is generally considered to be 180 million years old. A thin band in the Whitby Mudstone at this joint is known as the Roseberry Plant Bed and contains fossils of Jurassic tree ferns, cycads and horsetail stems. A fragile, unique rock for which Roseberry Topping has been designated a Site of Special Scientific Interest.
 Open Space Web-Map builder Code