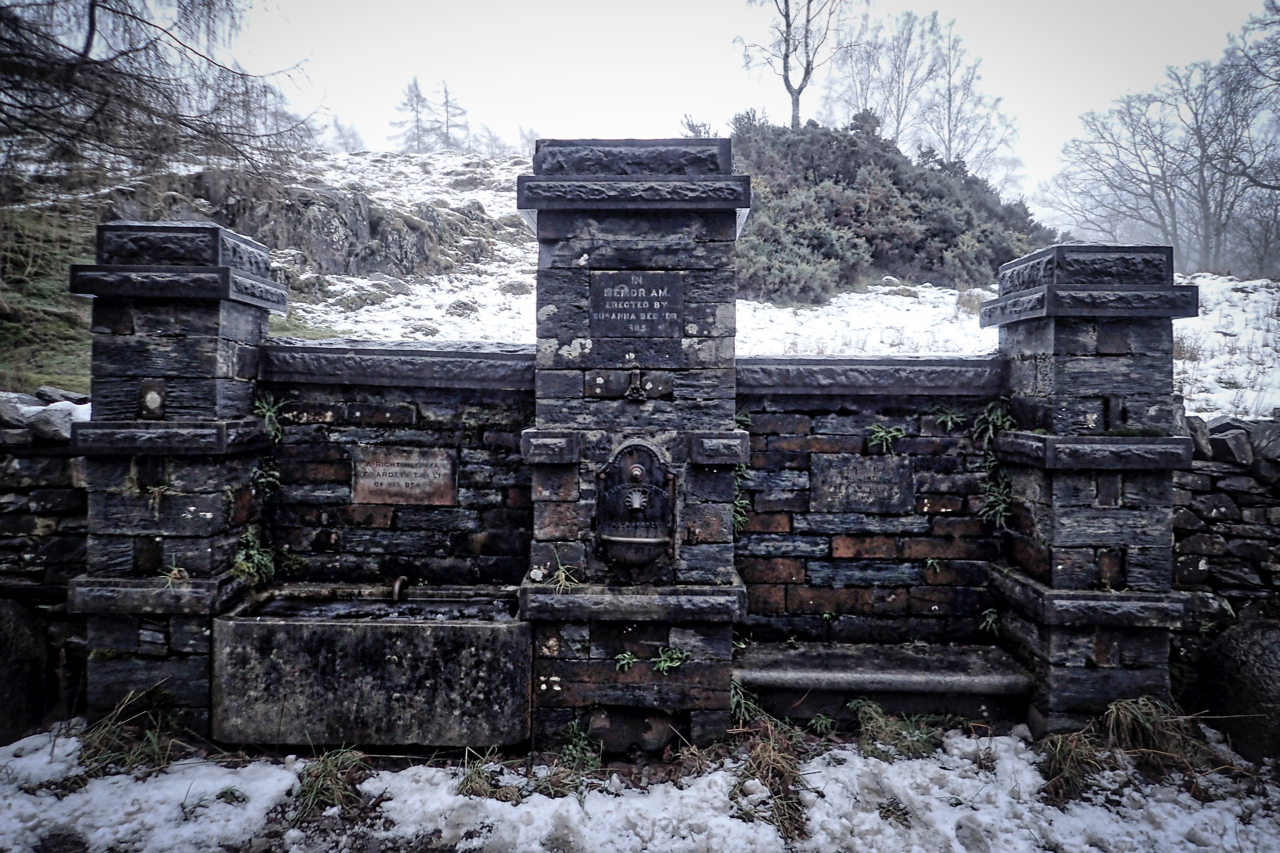 An intriguing elaborate drinking fountain at almost the highest point on the Coniston to Hawkshead road. A Grade II listed building it is made of local slate and has two sections with a central pillar. The left-hand bay is a horse drinking trough with the inscription above:

A RIGHTEOUS MAN
REGARDETH THE LIFE
OF HIS BEAST

The right-hand section is a seat with the inscription above:

On the central pier is a cast iron drinking fountain with yet another inscription:

IN
MEMORIAM
ERECTED BY
SUSANNA BEEVER
1885

Susanna Beever lived all her life in Coniston and a “close” friend of the poet John Ruskin. But to whom is the fountain a memorial to? Susanna Beever was 80 in 1885, she died in 1893. John Ruskin died in 1900. If anyone knows more information I would love to know.

The fountain is easily missed if you’re rushing by by car. Cyclists have more chance. An otherwise dreich day in Lakeland with the remains of yesterday’s snow.