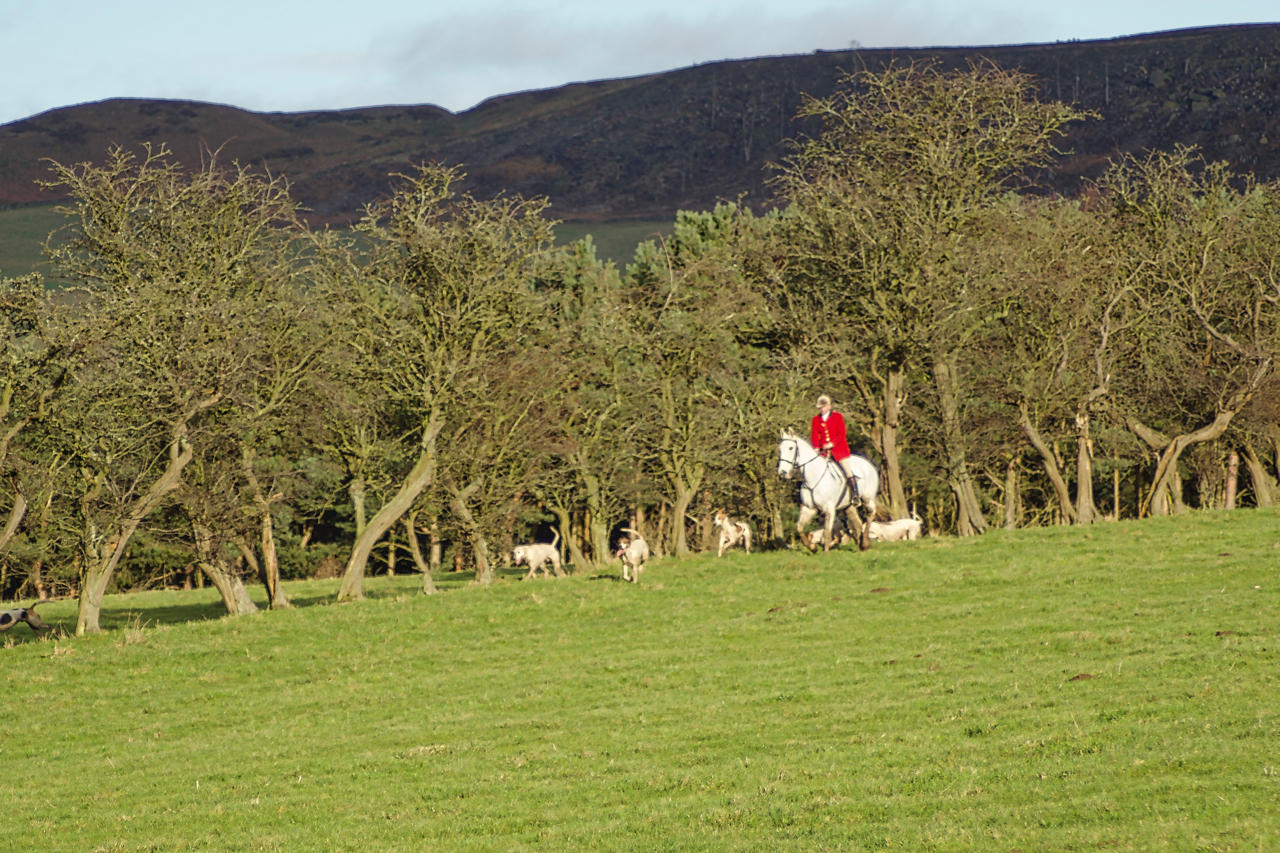 The Cleveland Hunt traditionally starts from Great Ayton High Green on Boxing Day. Now I have two issues with fox hunting. Firstly there is much evidence that, in spite of the hunting of animals with dogs having been illegal since 2004, the law is being circumvented by the pretence that hunts are conducted under the guise of “trail hunting”. Trail hunting is when a hunt follows a purposely laid trail. Fox urine is used to lay the trail, it is available to buy over the internet. How do they collect this stuff? The problem that if the hounds come across a real fox scent then they won’t necessarily follow the laid trail. The suspicion is that this behaviour is being actively encouraged and there are many reports of violence being conducted against hunt monitors. Trail hunting should not be mistaken for “drag hunting” which uses an artificial scent, probably aniseed-based. Hound Trailing in the Lake District is an example of successful drag hunting. I am not suggesting that the Cleveland Hunt doesn’t fully comply with the law but then on such a high profile meet on a Public Holiday they would be stupid not to.

The second issue I have is when the Hunt rides over National Trust property without the necessary licence. In November the Hunt rode in Newton Woods and caused damage to walkways. Today, the Hunt did not enter National Trust property, sticking to the lower slopes of Easby Moor. Or at least they hadn’t by the time I got bored and decided to head back. The meet seemed to have been a bit half-hearted. I saw very few hounds, a dozen at the most led by a chap in a red coat. Five minutes behind came the posse of support riders, again led by a chap in a red coat talking incessantly on his mobile phone. I suppose the majority of the riders would not care if a fox was caught or not. Just happy for a hack in the winter sun on fields and paths which would normally be unavailable to them.
 Open Space Web-Map builder Code