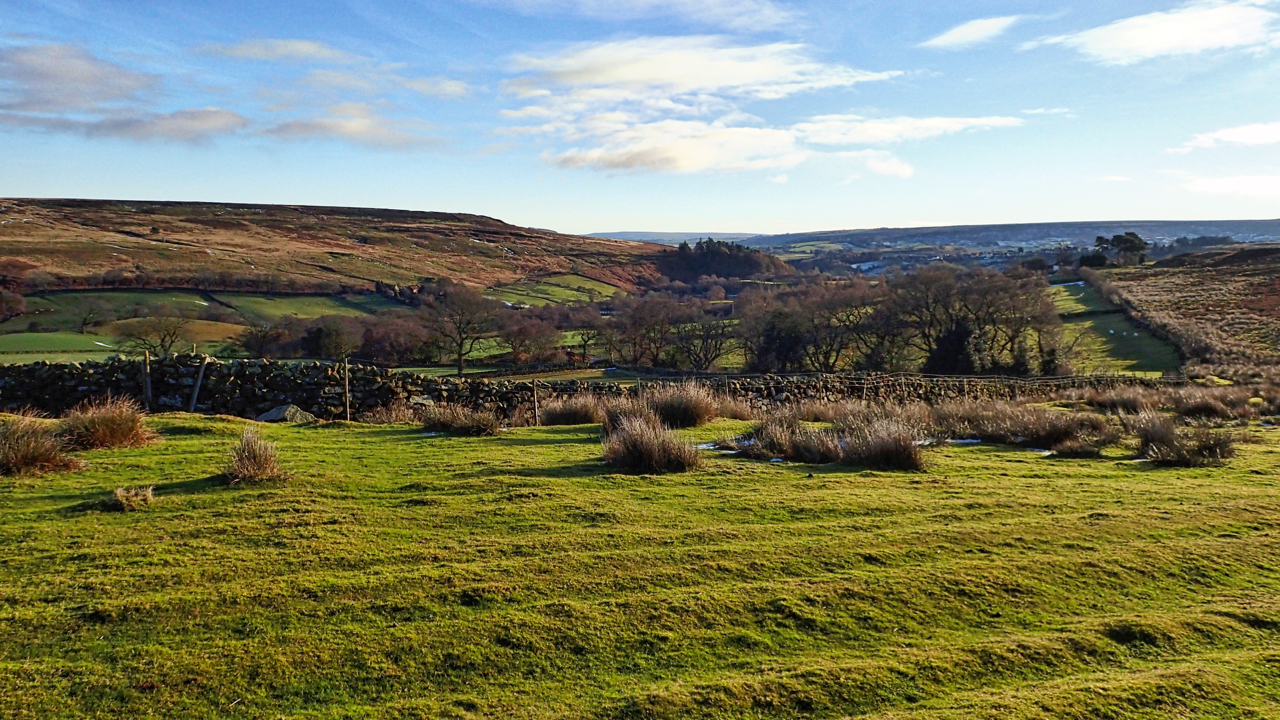 Commondale is quite a short valley. Commondale Beck is barely 2 miles long from the meeting of Ravensgill Beck and Sleddale Beck and its confluence with the River Esk. The hamlet of the same name lies at the “head” of the valley. This photo was taken on Commondale Moor with some old drainage ridges noticeable in the foreground. The name Commondale is said to be derived from Colmán’s dael. Colman is a Celtic/Irish personal name. How come a remote corner of North Yorkshire happens to have Irish connections? One somewhat fanciful possibility is that it could refer to Saint Colmán of Lindisfarne, an Irish monk, educated at Iona before becoming Bishop of Lindisfarne. Eventually, he returned to Ireland a few years after the Roman form of Christianity was adopted at the Synod of Whitby. Colmán would have attended the Synod and perhaps dealt out a miracle or two on the way. Apparently, as a result of the Synod, many monks following the Celtic form of Christianity, moved west to Ireland. Some writers have intimated that the Celtic monks may have been persecution with the enforcement of the Roman tonsure or shaving of the head. And all over an argument about the date of Easter. Another more likely suggestion is that some Irish families migrated in with the Norse settlers. Commondale is among a scattering of other place names in Yorkshire with a Celtic Irish root: Duggleby in the Yorkshire Wolds, Yockenthwaite and Carperby in the Dales, and, closer to home, Lackenby on Teesside which derives from the Irish personal name of Lochan.
 Open Space Web-Map builder Code